From Avatar to Source Code, Living in a Fantasy

We are who we lionize. 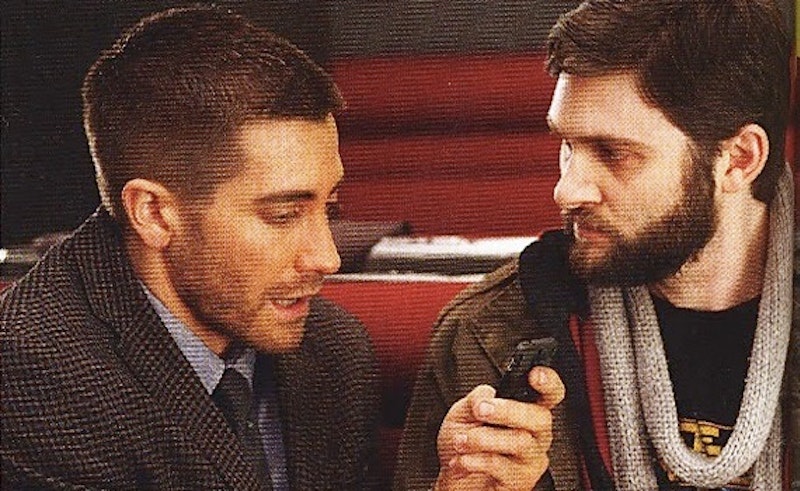 The best essay I've read on Avatar was "The Wizard" by Daniel Mendelsohn in the New York Review of Books. The article contrasts Avatar with The Wizard of Oz, another vibrant fantasy about travelling to exotic places. Using the end of Oz, the return to Kansas, as a counterpoint to the end of Avatar, staying in Pandora, the essay concludes with a pithy summary of Avatar's moral math:

The message of what is now James Cameron’s most popular movie thus far, and the biggest-grossing movie in history—like the message of so much else in mass culture just now—is, by contrast, that “reality” is dispensable altogether; or, at the very least, whatever you care to make of it, provided you have the right gadgets. In this fantasy of a lusciously colorful trip over the rainbow, you don’t have to wake up. There’s no need for home. Whatever its futuristic setting, and whatever its debt to the past, Avatar is very much a movie for our time.

Every timely cultural work needs one of two things: a big family or lots of fans. It either needs to have been really successful (fans) or it needs a lot of other works like it (family).

With the release of Source Code, it seems Avatar has both.

A number of films since Avatar have toyed with avatars and fantasy, using men (they're almost always men) as figurines to explore and conquer new worlds.

From the video game motif of Gamer to the childlike romp of Alice in Wonderland to even the peculiar fantasy of The Adjustment Bureau, these people become much more than human, travel where we cannot and typically realize the fantasy is not for them. Like Dorothy, they come back to the real world.

But Mendelsohn was on to something. Many of Avatar's stepchildren keep us in the fantasy, far away from the world's problems.

Take for instance Inception, whose conclusion no one understands. Nearly everyone would agree Christopher Nolan at least hints that our protagonist has entered his perfect world: he sees his kids. The "real" world we were supposedly introduced to at the beginning of the film, where he cannot see his kids, has been corrected and is, in fact, no longer relevant. The reason why Inception completely abandons its corporate intrigue plot, which was more interesting, is because that would lead to real-life discussions about energy conglomeration, perhaps climate change. This is the plot the prequel comic foregrounded. But in the fantasy, the dream world, only the kids matter.

Take, for another example, Tron. The hero, Sam, dives into a game and becomes an avatar. The point of all this is to rediscover the political heart of his father, who created technology to empower people, not control them. Sam gets that lesson and saves the game, but for some reason, when he exits the real world, he brings with him a hot fantasy girl! Olivia Wilde's character was just 1's and 0's, with a special genetic core that made her human-like. Sam returns to our world with a mission to preserve the digital utopia, but unrealistically brings a digital wet dream along to quell his fears.

And now comes Source Code. The baby of Duncan Jones, son of David Bowie, who directed the wonderful sci-fi film Moon, Source Code is a well-reviewed film that once again promises viewers that avatars—we—can live in the fantasy. Source Code explores the story of a solider, Colter Stevens, who can travel back in time, in another person's body, to solve a mysterious terrorist attack. In his alternative reality, he cannot die, but in the real world the situation's much more complicated.

Source Code is the big budget brother to Moon. In Moon, an astronaut slowly comes to realize he is not himself, or at least not an individual. (Spoiler alert: He is a clone, or has been cloned.) In both films, a professional has to execute a specific mission, a mission that fundamentally denies him his humanity: free will and the right to live.

But Moon ends literally with a return to Earth, away from the twisted alternative reality created on the moon. The injustice has been wronged, and there are political consequences. The fantasy is over.

Yet Source Code, curiously, refuses to give us anything other than the happiest, most fantastical conclusion. Overall, the film is very strong: taut, intelligent and pleasantly political. Most critics have hailed the film, but where there have been complaints, it's with the ending—and the number of endings.

Without giving it away, Source Code would be a much stronger film if it stuck to its own logic, if it allowed a semi-unhappy ending that would underscore one of the key facts of life: in the real world, there are consequences. People die, relationships fail and terrorists attack happen.

Instead, Jake Gyllenhaal's solider gets his way and brings the fantasy, his alternative reality, into the real world. The twisted ending, which drags on past most viewers' attention spans, is crazy if you take it to its logical conclusion: the actions of Gyllenhaal's Colter Stevens means his fantasy (or, in this case, the government's fantasy) could take over the lives of dozens of people as if they were avatars without anyone ever knowing!

Source Code uses our unwillingness to grapple with reality to its logical extreme. If you don't like your life: take someone else's!

What's wrong with fantasy? I actually love fantasy. Give me good special effects and I'm there. But here in the real world, we have a lot of problems to solve, and Americans are notoriously unwilling to realize the sacrifices we need to make to achieve a livable world for all people. We'll need to cut luxuries to ensure equal access to a quality livelihood for all people, not to mention, you know, save the planet.

At the end of Avatar our protagonist stays in heavenly Pandora while the Americans go back to the rapidly degrading planet Earth with its diminishing resources and worsening environment.

We're supposed to pity them, but as humans trapped in the bodies God gave us, we are them. We just don't want to admit it.