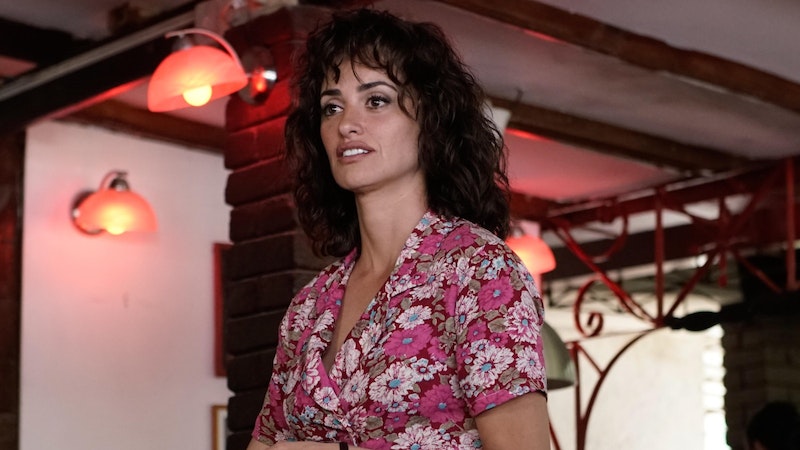 Castro hats and “comrade” was a quick fad, but in 2016 I was shocked to see some friends mourn the death of Fidel Castro. “RIP COMRADE”—as if they’d been anywhere beyond the dorm room. Fetishism of the left crumbled with COVID and discussions of communism, socialism and democratic socialism seem superfluous now. People need money in their accounts, more time to stay at home or assurance that they’ll be protected at work. Thinking in the thick of a crisis destroys anxiety because reality has finally met one’s baseline: thinking in terms of minutes, hours, and days, instead of months and years.

Olivier Assayas’ Wasp Network, produced by Netflix, dramatizes the story of half a dozen Cuban spies “defecting” to the United States but actually conducting surveillance on counter-revolutionary forces in Miami. Édgar Ramírez plays René, a pilot in Havana. Penelope Cruz plays his wife Olga, and their life in Cuba looks nice. The front of the film is stuffed with title cards and voiceovers and purely expository scenes to inform the audience of the events and atmosphere in Cuba in 1990. It’s not enough, but it’s not the movie’s fault that we know and remember so little of the international crimes and conspiracies of the 1990s, when Bill Clinton was president and New York City was the capital of the world and the money would never stop rolling in.

What’s pumped out at the beginning of Wasp Network is familiar coming from a promoted defector (delivered direct address): “No food. No water. No gasoline. People are starving.” All a lie. He works with four others as the Cuban Five, and as we’re informed five minutes in, “This is based on a true story.” Wasp Network is a fairly routine political thriller, and while made on “an apparently tight budget," it looks better than something with just as many plane crashes and explosions, like Olympus Has Fallen or Destroyer.

Like American Made in 2017, about cocaine smugglers working out of Arkansas also covered in 1994’s The Clinton Chronicles (Tom Cruise’s only notable performance in years—he can do a pretty decent Southern accent), Wasp Network scratches the surface of an international smuggling and spy operation that everyone knows or assumes is still in operation. Assayas’ take on the action movie is a relief from the constant cutting and obscene camera behavior of other directors depicting government conspiracies. He’s always pushing in slowly during conversations, and the camera only asserts itself a couple times during important exchanges, moving and repositioning two people in the frame when one of a million lies or hexagonal crosses are revealed or intimated. Assayas’ love for Alfred Hitchcock is obvious here.

Otherwise, Wasp Network is still an Olivier Assayas movie: sedated, haunted, phantasmic. He’s only made one ghost story, but all of his films—with those slow fades to black that pop up so quickly somewhere else, a disinterested god mulling over all the mess that he’s created. Penelope Cruz blows every other actor out of the water in this movie: she’s unflappable and one of the most reassuring movie stars alive today. She’s hilarious and unpredictable, completely human. There isn’t a false moment in her work.

Everyone else is an interchangeable spy, whose political differences are insignificant next to the suffering of René, Olga, and their two daughters. The still used to promote Wasp Network—Cruz with her younger daughter visiting her husband in prison, holding a hand up to the glass as she cries. They will not see each other for a long time. Moments like this are too rare in Wasp Network, which for the most part functions as an anonymous political thriller with all the depth and substance of a comic book. People are talking a lot about “copaganda” lately, but even more important are these films, the ones about proven international conspiracies that occurred over 30 years ago and are therefore now “safe” material.  Anyone looking to learn anything meaningful about Cuba or its counter-revolutionary forces in the late-1980s and through the 1990s, look elsewhere. But fans of Assayas and anyone one Netflix who doesn’t want to “kill time” with a brain-dead 20-hour miniseries about bisexual crocodile cross dressers trying to set fire to the Pacific Ocean—Wasp Network will suffice. I’d rather watch Personal Shopper again.