From the alt-right to the Minneapolis Police Department Jimmy Carter's music taste. 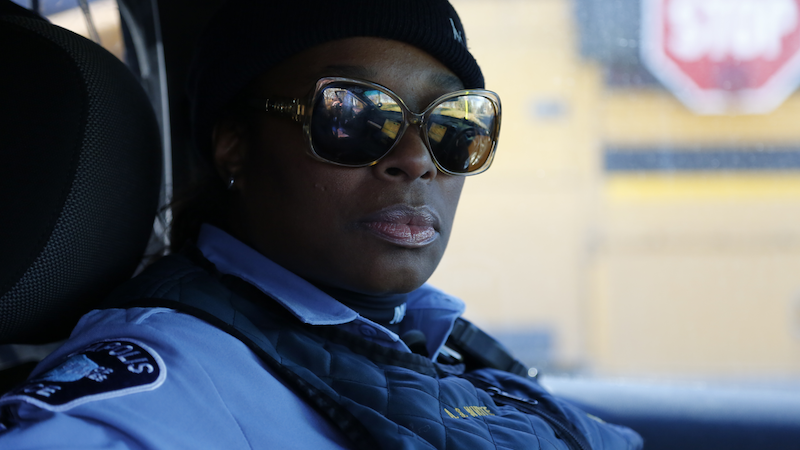 The AFI Docs Festival is an annual film festival put on by the American Film Institute, usually in June in and around Washington, D.C. This year, the festival took place virtually, but perhaps unsurprisingly, several of the most prominent films touched on politics, including some with similarities to current events.

This year's festival wrapped up Sunday night; here are reviews of five of the most prominent films:

There have been several documentaries made about the ideological conditions that laid the ground for the Trump era, but White Noise, directed by Daniel Lombroso, may be the most illuminating. The director spent four years embedded with the alt-right, granted extraordinary access to three main subjects: "Dapper Nazi" Richard Spencer, masculinity guru-turned-political troublemaker Mike Cernovich, and white nationalist YouTuber Lauren Southern.

Lombroso spends the film's 90 minutes traveling the world with these three people, who are constantly flying to conferences, rallies or, in Southern's case, a weird adventure trying to block migrants in the Mediterranean Sea. There are a few key takeaways: Spencer and Cernovich seem to hate one another, Southern clearly stole her schtick from Ann Coulter, down to the last vocal mannerism, and Spencer is a singularly pathetic figure who, despite a massive amount of media coverage, never actually led a movement of any significant size. By the end, he’s living with his mother in Montana.

A weakness of the long lead time is the none of the three subjects can really be considered major figures in the alt-right today, and all three talk at one point or another about their desire to get out of political commentary altogether. But the film’s notable for its lack of didacticism—it just allows its subjects to speak, without the talking heads or spooky music that tends to derail this sort of documentary.

The festival's most timely documentary is Deirdre Fishel's Women in Blue, a film covering the Minneapolis Police Department, and dealing with issues of race, as well as violence and misconduct in that department. Consider it a spiritual prequel to everything we've seen in the past four weeks.

Women in Blue focuses on Janee Harteau, who at the time was serving as Minneapolis' first female police chief. The documentary also depicts other women in the MPD, against the backdrop of multiple controversial police-involved shootings. It's a compelling look at modern-day policing from a perspective not often seen in modern-day popular culture, though 2016's Do Not Resist remains the definitive documentary on that subject.

I knew that Harteau resigned in 2017, following the police shooting of Justine Damond, but I figured the documentary would lead up to her resignation. Instead, it happens about one third of the way through. In the meantime, we see some now-familiar faces, including Minneapolis Mayor Jacob Frey—seen admonished, in a mayoral debate, about not being tough enough on police misconduct—and the controversial police union head Bob Kroll. Women in Blue gives us some early clues that there was something dreadfully wrong going on in the Minneapolis Police Department.

If you were hoping that when it comes to politics, the youth of today will save us, and institute a more enlightened era than the one bequeathed to them by their parents, Boys State may disabuse you of that notion.

The doc, a Sundance debut that will appear on Apple TV+ later this year, takes a look at Texas Boys State, an annual leadership conference in Austin in which teenaged Texans act out the legislative process. Directed by Amanda McBaine and Jesse Moss, Boys State follows six participants, of various political persuasions that run the gamut from liberal to reactionary. The participants are well-chosen, as they navigate a process that resembles Lord of the Flies, had it been set in a state legislature. They also seem equally inspired by Karl Rove, and by WWE, as they re-create Daniel Bryan's "Yes" chant.

Boys State is exceptionally produced and edited, from what must have been a gargantuan amount of footage. But it shows that, whether it's extremism or cynicism, the politicians of tomorrow aren't likely to differ from those of today.

There was already a documentary about Roy Cohn, called Where's My Roy Cohn? which came out less than a year ago. That film, directed by Matt Tyrnauer, both ran through Cohn's well-told life story, and examined his ties to Donald Trump, including the lessons that the President likely learned from his former mentor.

Now, Bully. Coward. Victim. The Story of Roy Cohn, which does all of that as well. The twist is that this one was directed by Ivy Meeropol, the daughter of the Rosenbergs, whose conviction and execution was, in part, engineered by Cohn. The film showed at AFI Docs ahead of its premiere on HBO last week.

Taking its title from the inscription on Cohn's square of the AIDS Memorial Quilt, Meeropol's film features covers much of the same ground as Tyrnauer's doc, including the Trump stuff, Cohn's regular appearances on talk shows, and his death from AIDS. The biggest difference is the testimony of the director's father and uncle, as well as some footage of Nathan Lane playing Cohn in the Broadway revival of Angels in America.

Meeropol already made a documentary in 2004, Heir to an Execution, about her family's story, which was notable in that it depicted them coming to terms with the revelations that Julius Rosenberg really did spy for the Soviets. While a worthwhile examination of Cohn's life, Bully. Coward. Victim is less compelling than either the earlier Cohn doc, or Heir to an Execution.

Here's one that's about exactly what its title says it's about. Directed by Mary Wharton, the film explores the musical side of the 39th president, from the gospel music he grew up listening to in Georgia to his embrace by various rock and country stars once he became a national political figure. This would seem a thin reed to hang an entire documentary on, but the filmmakers have collected talking heads from Bob Dylan to Willie Nelson to Garth Brooks and Trisha Yearwood, in addition to Carter himself. There's also a lot of footage of Johnny Cash, although we learn that, despite years of insisting otherwise, Carter may not have really been June Carter Cash's cousin.

There are fun stories, likely to be enjoyed by anyone who's interested in the music or the politics of the late-1970s, although the movie omits that great but possibly apocryphal story, often told by Arlo Guthrie, about Chip Carter finding "Alice's Restaurant" in the White House record library, and noticing that the song, much like the gap in the Watergate tapes, was 18 and a half minutes. The film will air on CNN later this year.