Film Review: The Space Between Us Fails Colossally

The movie tries to do too much. D. 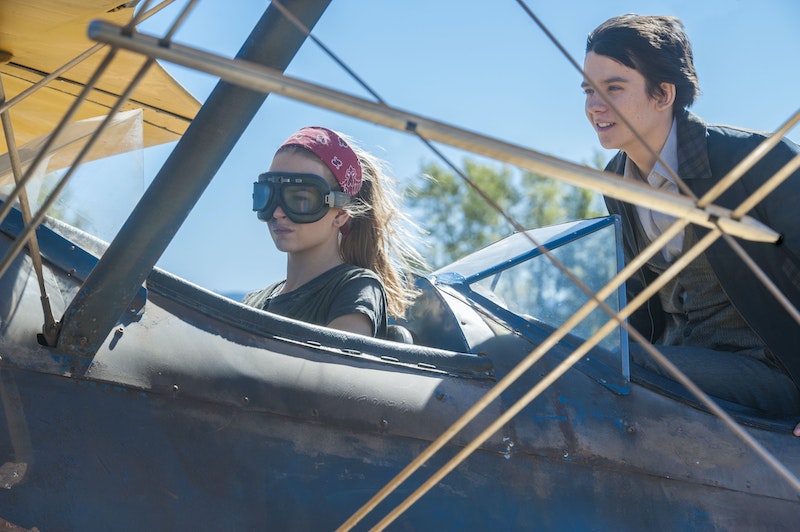 It’s a futuristic sci-fi adventure where the science makes little sense. It’s a drama in which the stakes are strange and ever-changing, and on a couple of occasions it briefly becomes an explosion-filled action blowout, without making any impression either way. It’s a fish-out-of-water comedy in which nothing especially funny happens, and it’s a road movie in which the characters go nowhere of note (except for when they’re suddenly in Las Vegas for two minutes).

Only one aspect—a teen romance—is any kind of success, leading to the film’s small handful of good moments. But even that is undercut by an uncommonly hollow performance at the film’s center.

Directed by Peter Chelsom and written by schmaltz specialist Allan Loeb (who also wrote last year’s all-timer turkey Collateral Beauty), The Space Between Us stars Asa Butterfield as Gardner Elliott, the first child ever born in Mars. It’s the future, and an Elon Musk-like space entrepreneur (Gary Oldman) is launching the first-ever mission of astronauts who’ll live on Mars.

To no one’s knowledge, the leader of the mission (Janet Montgomery) is pregnant, and delivers a child on Mars, before dying in childbirth. The baby, raised by astronauts (including mother figure Carla Gugino) grows up to be Butterfield. At age 14, sick of his stifling life and wanting to meet his father—as well as a cute girl he met through an interplanetary version of Skype—he decides to visit Earth for the first time.

What follows is a second act full of jarring tonal shifts, as Carter meets his Skype crush (Britt Robertson), and soon embarks on a road trip/chase with her, while searching for his father and, for scientific mumbo jumbo reasons, dodging imminent death. It’s only when things get romantic between the two of them that the picture really comes alive, although the film undercuts it with an ending that’s both ridiculous and unsatisfying.

The biggest problem with the film is Butterfield. Great as he was in the title role in Martin Scorsese’s Hugo, the 19-year-old Butterfield is one of those talented kids who’s aged into a not-very-interesting actor as an adult. His performance here is wooden and charisma-free, whether he’s attempting existential despair, or painfully awkward fish-out-of-water comedy.

Opposite Butterfield is Robertson, who resembles a teenaged Chelsea Handler, although it’s sort of odd that this 26-year-old actress is playing a high schooler. Meanwhile there’s Gary Oldman, playing to the back rows with a loud, expressive performance that’s the exact wrong choice next to such an uncharismatic leading man. It’s also odd that Oldman, who’s supposed to be a billionaire, is wearing the same pair of distinctive glasses both before and after the 14-year time jump.

There are all kinds of plot holes. The relationship between Oldman's Space X-like company and NASA is never sufficiently explained. Why has Carter's existence been kept a secret for so long, and how was it kept? There appears to be Google Earth in the future, but not Google search, since the characters having access to it would rend the biggest plot twist moot. And I can't think of any reason to justify the existence of the Skype: Solar System Edition.

I think the moment I turned on The Space Between Us was when we see the hero watching Wenders’ Wings of Desire in space, a la when WALL-E watched Holly Dolly. It’s an attempt to lend the film some dramatic weight, but all I could think was that I’d rather be watching the Wenders film instead.