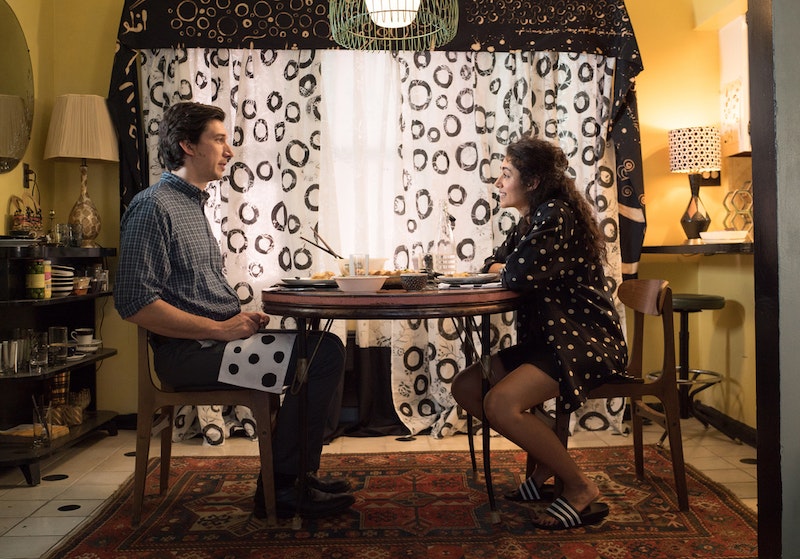 Talented and creative movie characters only need to appear talented and creative for the director to sustain the illusion. Maude Lebowski's abstract expressionist pastiche is convincing because of how little screen time it's given: directors Joel and Ethan Coen focus on her absurd zip line technique while her vaginal canvases hang mostly in the background. We accept she's a genius because we can't engage her work critically. Similarly, who ever listens to the original songs in Begin Again or Sing Street outside of the films? They're enjoyable as cinematic snippets, but they'd flounder stretched out to a full three minutes and divorced of their visuals. Wes Anderson avoids relying on these sly omissions entirely by making his "brilliant" novelist in The Royal Tenenbaums a parody right from the start.

Jim Jarmusch makes the mistake of putting his character's poetry in the forefront in Paterson, his deliberately-paced paean to the ordinary man. The eponymous bus driver, played by Adam Driver, elevates the mundanities of everyday life into the realm of Art; his idiosyncratic observations of urban living expose the hidden beauty of contemporary America. Or at least that's the intended interpretation. Really, Paterson's poems—which are scrawled onto the screen as he writes them, enjambments intact—read like the creative writing assignments of a precocious high school student. This is especially disappointing because Jarmusch enlisted real-life poet Ron Padgett to write for the film. William Carlos Williams he is not. One poem—originally published in 1979, detailing the latent romance in Ohio Blue Tip matches—is blatant Frank O'Hara cosplay. Another—"I go through/trillions of molecules/that move aside/to make way for me/while on both sides/trillions more/stay where they are"—shares more with the Garden State-chic Tumblr poems on every mopey middle-schooler's hard drive than anything remotely publishable.

Bad poetry aside, Paterson's flawed script undercuts its ambitions. The movie is essentially just a collection of empathetically funny observations: two overeager college students discuss history and declare themselves to be the only anarchists in Paterson; a pair of construction workers boast about as-of-yet-uninitiated sexual conquests; an aspiring rapper practices in an empty laundromat. These scenes play out like sketches, germs of ideas never expanded upon. Jarmusch has no follow through; Paterson doesn't say anything, it merely recounts.

That's the brilliance of the film, many critics have said. It's about an old-fashioned, stand-up guy who's content with his station in life. Paterson attempts to mimic real life: people follow routines, strangers drift in and out of the periphery, drama deflates under scrutiny. This would be interesting if it wasn't the go-to non-plot for writers-blocked English majors. "Real life doesn't follow an arc." Woah, man. Revolutionary.

Jarmusch does try to enliven the script by adding a strain of surrealism, or, as Paterson would likely see it, a succession of Dickensian coincidences. Paterson starts noticing twins everywhere after his girlfriend, Laura (Golshifteh Farahani), dreams they had twins of their own. On his way home, he meets a young girl (Sterling Jerins)—also a twin—who just happens to be a poet as well; they share a similar style. He meets another poet toward the end of the film, a middle-aged Japanese man (Masatoshi Nagase) equally indebted to the work of William Carlos Williams.

A one-off gag upends the film's strange logic, though. As part of his routine, Paterson readjusts his house's mailbox, which inexplicably gets knocked ajar during the workday, when he comes home in the afternoon. It's revealed that Marvin, the couple's pesky English bulldog, is the source of the problem. The scene is funny—Marvin is as committed to destruction as Paterson is to poetry—but it suggests that mysterious occurrences have sensible explanations. This isn’t true for the rest of the film.

Paterson isn't terrible—it's languidness is a welcome reprieve from plot-heavy Hollywood movies; Jarmusch now shares more with Japan's Hirokazu Koreeda than any Western director—but it's disappointing, leaving the viewer with meaningless images, deciding that nowhere is a satisfying destination.