Film Review: The Last Movie Was Forgotten for a Reason 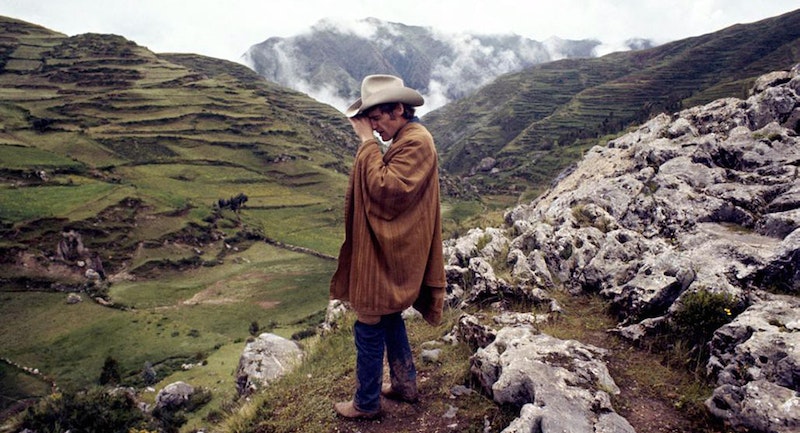 The Last Movie is not a “misunderstood masterpiece,” it’s an incomprehensible and jumbled mess. No 4K restoration is going to salvage this wreck, a movie so undisciplined and obscure that it makes Heaven’s Gate look like My Dinner with Andre. Nevertheless, Arbelos Films is touring a new print of the film in art house theaters across America in advance of its first ever Blu-Ray release in November. Dennis Hopper’s much-maligned 1971 follow-up to Easy Rider is only interesting as a historical document of inflated budgets, egos, and dope stashes. Writing for IndieWire last month, Eric Kohn called The Last Movie “one of the purest windows into the unhindered spate of creativity that studios allowed in the ‘70s as a fresh generation of talent stormed the gates.”

It may be pure and unhindered, but that’s exactly what derails the movie, and suggesting that this has anything in common with New Hollywood masterworks made by Robert Altman, Francis Ford Coppola, Martin Scorsese, and William Friedkin is misleading at best. Unlike Heaven’s Gate, Hopper’s The Last Movie actually is as bad as everyone thought back in 1971. The critics got it right the first time, and justly mocked the film as an obnoxious and borderline offensive waste of money and resources, not to mention the free time of potential audiences.

The film consists of Dennis Hopper looking scared, wasted, and confused in Peru. Lots of appearances and cameos by actors and filmmakers of the era: Samuel Fuller, Kris Kristofferson, Peter Fonda, Russ Tamblyn, and Toni Basil. It’s not “the most meta movie in American history,” it’s just boring. The documentary The American Dreamer, which covers Hopper editing the film in a locked New Mexico suite coked out of his mind, looks much more interesting and probably more worthy of reappraisal and re-release. In and of itself, The Last Movie still makes no sense and just screams “cocaine disaster,” an irredeemable failure unlike so many other 1970s records and films powered by the drug.

Kohn continues: “Decades later, [The Last Movie] deserves to be seen as a rebellious masterpiece from a visionary artist at odds with the system consuming his fame.” Easy Rider is a rebellious masterpiece. The Last Movie is a drug-addled mess, a film that could only be saved by restoring Hopper’s original cut, which was constructed as a much more conventional narrative. A big fuck you to Alejandro Jodorowsky, who “mocked” Hopper for taking the easy way out, and challenged him to “break new cinematic ground” by cutting his print to pieces and blindly rearranging it, blurring a film already handicapped by hard drugs.

However, Kohn also says, “Hopper illustrates the destructive potential of American movies, while meditating on colonialist desire, and by extension becoming a proto-treatise on white liberal guilt.” That might be the only function of The Last Movie: an infamous example of entitlement, carelessness, recklessness, and disregard that led to total ruin, not only in the completed film itself but also Hopper’s career for the rest of the 1970s. It’s an interesting curio, and Hopper is a major figure in American cinema, so I understand why this is being restored and re-released (Hopper himself tried to make it happen in the last years of his life). Lord knows I’ve spent hours listening to tossed-off demos, C-sides, and horribly recorded live bootlegs of my favorite musicians that wouldn’t interest most people and might actively piss them off. The Last Movie belongs in a box set as a bonus for the fans: it makes sense in that context, and its value is increased accordingly. But a “lost masterpiece”? No. It’s the folly of a man high on cocaine, LSD, and unprecedented mainstream success.