Film Review: The Incredibles 2 is a Clear Success

It’s a gorgeous film. A- 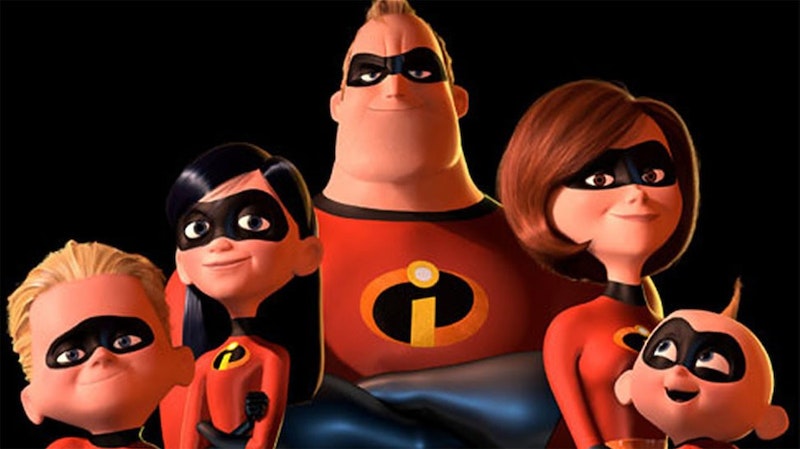 It used to be a matter of conventional wisdom that, with the exception of the two Toy Story films, there were no good sequels to Pixar movies. Cars 2 is the worst Pixar film to date, while the prequel Monsters University added nothing worthwhile to that particular universe. So a few years ago, when Pixar’s development slate made clear that several sequels were planned within a short period of time, it looked like a particularly fallow period for Pixar was at hand.

However, Cars 3 wasn’t so terrible. Finding Dory was an improvement over the overrated original film. And there’s The Incredibles 2, which is right there with the first film in the series, and marks another triumph for director Brad Bird. It’s not on the level of last year’s Coco, one of Pixar’s very best, but it’s a clear success.

The Incredibles, released in 2004, is one of the more universally beloved entries in the Pixar canon. Having come along prior to the current glut of live-action superhero films, The Incredibles had the benefit of a hard start, and dealt with a lot of issues—most notably, the sometimes fraught relationship between superheroes and the public that they serve—that would become frequent themes in everything from Christopher Nolan's Dark Knight series to the never-ending Avengers saga. Meanwhile, The Thundermans, a recently concluded, live-action Nickelodeon show, has adapted the family-of-superheroes concept and taken it in a whole other direction.

The first film also boasted a top-notch voice cast—led by Craig T. Nelson, Holly Hunter and NPR mainstay Sarah Vowell—and some of the best animation of any Pixar release. Both of those elements are back in the new film, and the sequel has the benefit of advances in animation. This is one gorgeous picture.

This is only Brad Bird’s sixth film as a director. He made the 1998 classic The Iron Giant, followed six years later by The Incredibles, and then another Pixar highlight, 2007’s Ratatouille. His 2011 live-action debut, Mission: Impossible: Ghost Protocol, was an overachieving action film, and while he stumbled with 2013’s Tomorrowland, the Incredibles sequel represents a welcome return to form.

Set months after the first movie, The Incredibles 2 has the Parr family still banished from superhero-dom, until they’re contacted by business tycoon Winston Deavor (voiced by Bob Odenkirk), who’s the movie’s latest thinly-veiled stand-in for Elon Musk. Continuing the first film’s not-so-subtle libertarian vibe, Deavor wants to use private funds to restore the reputations of superheroes.

Elastigirl (Hunter) is recruited to the effort, while Mr. Incredible (Nelson) is stuck at home with the kids, and in a fun twist on an old plot, he can’t handle running the household. In fairness to the big lug, he’s taking care of baby Jack-Jack, who’s cycling through a series of nascent superpowers. The Jack-Jack gimmick is the best part of the movie, because it’s hilarious, and it’s the kind of thing no other superhero franchise could even imagine doing.

Meanwhile, the superhero plot runs into a plot by the evil Screenslaver, whose evil plan to destroy the heroes includes mind control through video waves, which can be delivered through goggles. Between the mind control, the glasses, and at least one lengthy fight, The Incredibles 2 at multiple points recalls John Carpenter’s 1980s sci-fi classic They Live.

Throughout the action is superb, all scored impeccably by Pixar’s Oscar-winning house composer Michael Giacchino. There’s a great deal of Roger Ebert’s old Fallacy of the Talking Killer at play here, with villains sharing long speeches about their evil plans. But the payoff is satisfying enough that I didn’t mind.

Pixar faces an uncertain future now that John Lassiter, its longtime creative head, is leaving Disney after a sexual harassment scandal. And satisfying as these last three sequels have been, it’s hard to justify the existence of the studio’s next movie, Toy Story 4, especially after the perfect ending of the third movie in that series.

But The Incredibles 2 is an indication that Pixar is on the right track. Another is the heartbreaking short Bao, which runs before it. The tale of an aging Chinese woman and a dumpling, it takes its cue from the best thing Pixar has ever produced, the opening 10 minutes of Up: A beautiful animated story, about animated characters that we’ve never seen before, told completely without words.