Promising Young Woman is a stark but fun bubble gum revenge movie. B 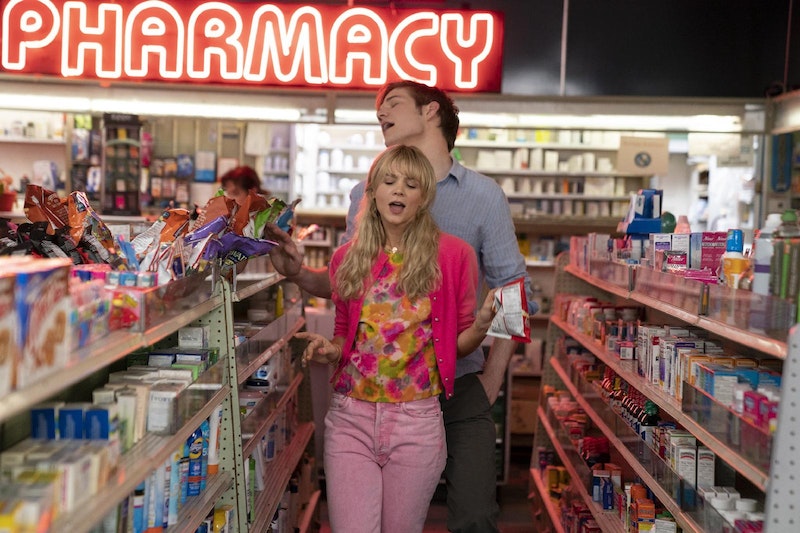 Promising Young Woman follows Cassie (Carey Mulligan) as she gets revenge on those involved in the coverup and denial of the rape of her college friend, Nina, by Al Monroe (Chris Lowell). Cassie confronts the dean of the university, various people who were in the same circle at the time, and the lawyer who represented the rapist. In her free time, she goes home with men she meets at bars while pretending to be drunk and calls them out when they try to take advantage of her.

This film lives in an interesting space between revenge fantasy and something more grounded. Cassie works at a coffee shop with her boss (played by Laverne Cox) and lives at home with her mom (the great Jennifer Coolidge) and dad (Clancy Brown). The chemistry between Mulligan and Bo Burnham, who plays her love interest, sells their relationship, even when she seems to let down her guard with him pretty easily. I say you have no heart if you can't enjoy watching them fall in love with one another while singing along to a certain Paris Hilton single in a pharmacy.

Promising Young Woman is poppy and colorful, possibly the most fun film about rape. The film has a soundtrack full of energetic pop songs and Cassie’s colorful hair and rainbow manicures look straight out of the promotional campaign for last year’s Harley Quinn film. Mulligan’s performance and the clever writing and direction by Emerald Fennell elevate Promising Young Woman above a slight popcorn flick.

It differs from most revenge films that are fixated on physical violence. Cassie’s tools are her charm and intelligence, which she uses to manipulate and, in some cases, psychologically abuse her targets. The result is a cathartic thrill ride where we, as viewers, are begged to ask if she has gone too far or if her acts of vengeance are warranted, as they are the only way to wake these characters up from their collective denial that is a part of the rape culture they are perpetuating.

Cassie is as intensely persistent in achieving her goal as the men who pursue her and shows no mercy for those without remorse for their actions. The most fascinating moments of this film, however, are those moments when Cassie relents. In these moments, Promising Young Woman shows us that men taking advantage of women is a cultural problem and that the quest for justice and a change can be messy. The film manages to be fun instead of didactic in this way. It doesn’t always hold your hand.

Sometimes the kind of jolt like the visit to the dean is the only way to wake someone up, but is it moral? In one instance Cassie inflicts the psychological trauma of rape on a past classmate who was complicit in the coverup of the rape of her friend. Decisions by filmmaker Emerald Fennell like this may discomfort some viewers and perhaps it isn’t the most delicate way to confront the subject of rape, but it might be the kind of wake up call we need in order to reconsider certain toxic clichés and the culture that creates them.

Many films, mostly helmed by men, involve women using tools of objectification to gain power over men. Think 2000’s Charlie’s Angels or 2018’s Red Sparrow and virtually every James Bond film. This film of course, directed by a woman, avoids lingering male gaze shots of headless body parts. This is a low bar to set for a way a film can resist objectifying women, but also an attitude still so prevalent in popular film. We need more clever movies about women made by women.

In a compelling way, the film’s ending turns one all-too-prevalent cliché on its head: that of the dead stripper. After easily getting him alone, she ties him up to a bed and interrogates him. He refuses to acknowledge what he has done and she threatens to cut Nina’s name into him as a reminder. This leads to a struggle and Monroe kills Cassie in self defense. Perhaps this points towards the core of the dead stripper cliché. The idea that a man would rather kill a woman he has used as an object then acknowledge that he has done something wrong. We see Al’s best friend (Max Greenfield), comfort him in his infantile state and help him to dispose of her body, probably in a similar way to the way he helped cover up the rape case in college. Cassie’s death however is ultimately what leads to him having remorse, even if it is only from a feeling of self-preservation as he is arrested.

This film puts itself in conversation with our #MeToo era. This film is the future liberals want. In a time when endless articles are written about different definitions of “cancel culture” and its impact on society, it is in conversation with these ideas but manages to have nuance and rise above buzzwords. It’s in this context that Promising Young Woman is so cathartic: when these characters with different levels of power stand as representations of endless real life cases of women being raped and taken advantage of by men.