Famine Makes the World Go Round

Agnieszka Holland’s Mr. Jones is a decent historical drama about Gareth Jones' exposé of Stalin's Holodomor in the early-1930s. C+ 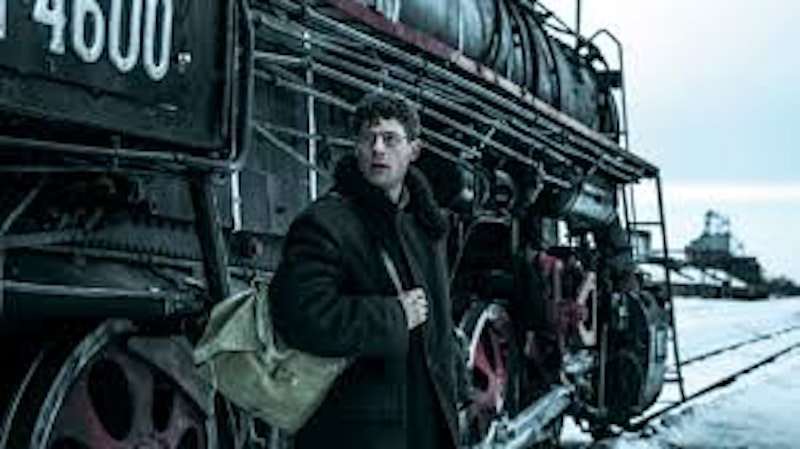 Mr. Jones, a nearly new film directed by Agnieszka Holland and written by Andrea Chalupa, premiered at the 2019 Berlinale and came out in U.K. cinemas in early February, but missed its early April American release date for obvious reasons. The film, starring James Norton, Vanessa Kirby, and Peter Sarsgaard, is now available to rent and buy from Amazon, among other streaming platforms. This version is 23 minutes shorter than the film that played in Berlin. Countless other films languish in limbo waiting for release or a proper venue to look for a distributor—it doesn’t feel good knowing so many movies hanged unfinished or unseen. But there will be pioneers in the pandemic—Marcel Carné made Children of Paradise under the Vichy government.

Gareth Jones was a pioneer, though unwitting and ultimately an unwilling martyr for whistleblowers and the free press. Norton plays Jones, a journalist in London about to go to Moscow as a foreign correspondent. He’s accompanied by Ada Brooks (Kirby), and reports to Walter Duranty (Sarsgaard), a Brit in the Stalin’s pocket as The New York Times’ Moscow bureau chief. He’s happy to take kickbacks, keep engineers in labor camps, hold international hostages, and indulge in all of the late night bacchanalia on offer for Moscow’s top bureaucrats.

Jones ends up at one of these penthouse orgies one night, aghast at the pagan pageantry—Jones is a meek but principled character, and when a pretty woman offers him a shot of heroin, he refuses, embarrassed, as if refusing his first beer. She then asks him if he’ll inject her. Again, he demurs—“I simply can’t. Thank you though, I appreciate it.” She shoots up. “It feels like being in the arms of God.” This doesn’t sway Jones. As he’s leaving, Duranty appears nearly nude, only a bedsheet around his groin. Fucked up, Duranty can still sense that his new employee is not on this level and probably never will be. Sarsgaard is on another level than everyone else in the movie, but not chewing scenery, he's just the best character actor in the world.

And then Jones accidentally discovers the Holodomor, Stalin’s forced famine in the Ukraine that killed millions in the 1930s. He sneaks onto another car of a train and finds starved innocents; later, he wanders and runs through desiccated villages where the people have nothing to eat but bark. This sequence is interminable, and where Holland has a chance to try something cinematic beyond boardrooms and trains, it's still just shaky cam in the snow. Not much sound, not much is needed, but these images are not shocking or even effective anymore. Jones makes it back from the land of famine through sheer luck, and tests that profound blessing when he confronts Duranty while still in the Soviet Union. Jones gives a typical “How dare you?” speech, and Sarsgaard gives him the typical “way of the world” speech. Jones tells all of his superiors that he will not be silenced.

And then he is: his eyewitness account of the Holodomor is rebuked by Duranty and the rest of the British government, and Jones is relegated back to a backwater paper in Wales. Only through another extraordinarily lucky meeting with William Randolph Hearst is Jones able to tell his story unencumbered by a complicit British government and an army of people aligned against him. The story is widely read in Hearst papers in 1933. By 1935, Jones is dead, kidnapped in Inner Mongolia by Soviet secret police and executed a day before his 30th birthday. Some glory.

(I was surprised to find Holodomor deniers on Twitter yesterday—a self-proclaimed Maoist with a Garfield avatar who played cute about the "official death toll" and someone else who said I was being fed lies by the CIA and the Nazis, and that I should "Be better." Brother, there isn't a boat I wouldn't sink you with.)

Besides Sarsgaard, Mr. Jones is another routine interwar movie. How many times do we need to see starving peasants crammed in trains headed for camps? It’s been covered in better films. Mr. Jones is just boring aesthetically. It’s hard to believe that people are still using shaky cams. What’s so wrong with a static shot/reverse shot? Mr. Jones looks like every unbearably shaky descendant of CSI and The Office. Holland suggests a much fresher film with occasional shots of characters refracted and multiplied in glass: mirrors, earrings, ornaments. I just can’t get over that shaky cam. Is 2007 over yet?

The West's complicity is also underrepresented in movies. Of course Walter Duranty, a Brit, is implicated here (the final title card pointedly states that his Pulitzer Prize “was never revoked” despite his collaboration with Stalin), but he’s merely a player in the British Empire.

The film does show this briefly when Jones speaks to a superior who tells him, “What do you want me to do, throw away all diplomacy? End all trade?” But again, the state is elided in favor of blaming individuals. Jones is not an extraordinary man—he’s forced to become a rogue and a hero due to circumstances beyond his control. He acts with all the reckless impunity and indignation of the “noble journalist” cliché etched in stone since Preston Sturges.

None of this is Holland’s fault. For her, this film means something completely different. But it’s an English language production with ham-handed allusions to the present day (“You don’t think Hitler really believes any of the things he says, do you?”), and its indictment of the long-dead USSR is much stronger than the more relevant criticism of the British government. The moral answer to the question of ending trade is stop it at once—but these systems and machines are bigger than even the most powerful men in them. Jones seals his fate once he insists on “the truth,” and ultimately the film dissuades others from following his example. Jones’ piece in Hearst papers didn’t stop the Holodomor, and it got him killed before he turned 30. And for what? A biopic nearly a century later.