Movie Theaters of My Life in LA

From the Cinerama Dome, to the The Crest in Westwood, to the formerly grungy New Beverly. 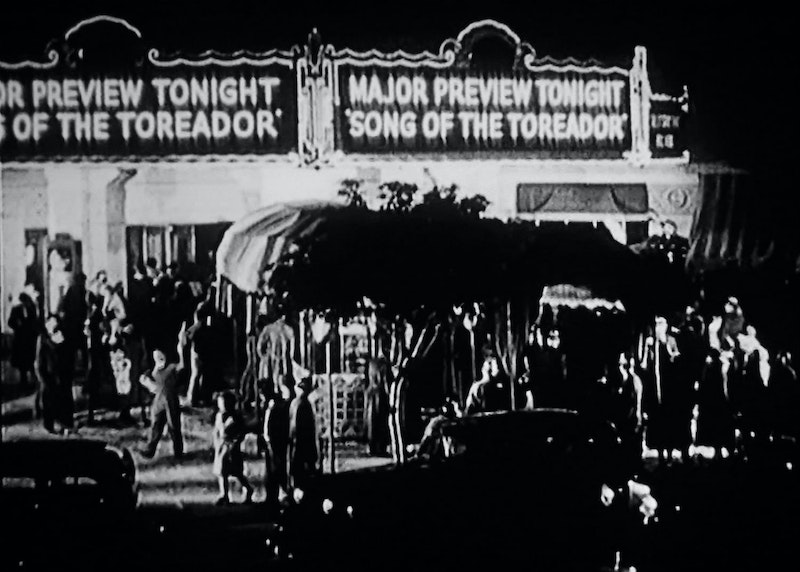 The first movie I saw in a theater was Day of the Dolphin at the Studio City Theater in 1973. (It’s now a Barnes & Noble bookstore.) I was 10 and my mom told me she’d pick me up when the movie was over. I expected a feel good Flipper-type story. Instead, the film involved a plot to train a dolphin to assassinate the president by attaching a bomb to his yacht. I was terrified but enthralled. Even the creepy man next to me who kept banging his leg into mine didn’t quell my excitement.

In 1975, I saw Jaws at a theater in Westwood and was hooked. I became one of those nerdy guys who prepped for a film opening months in advance. I circled the date on my calendar as if it were my birthday. On opening day, I arrived at the theater hours early, bought a ticket and stood in line with the other hopeless film dweebs. When the doors opened I ran inside and grabbed a middle aisle seat as close to dead center as possible.

I learned the intricacies of the Los Angeles movie theater landscape. The Cinerama Dome had elevated seats in back allowing you to comfortably stretch your legs over the railing. Grauman’s Chinese Theater had two aisles with unobstructed end of row seats allowing unimpeded views. The Crest Theater in Westwood had a middle seat with broken springs. If you sat directly behind that seat no one would sit in front of you.

In 1981, I stood in line six hours to see Raiders of the Lost Ark. I found a perfect middle seat but made a rookie mistake. Instead of sitting behind a short person, I opted for an empty seat. Just as the movie started a giant pituitary case lumbered down the aisle and sat in front of me. I recognized the man as Stuart Gray, the seven-foot center for the UCLA basketball team. I walked out and bought a ticket for the next show.

My most solemn movie experience was The Mission at the now-defunct Plitt Theater in Century City in 1986. Watching the oversized image of a priest on a cross plunging over Paraguay’s Iguaza Falls with Ennio Morricone’s majestic score soaring in the background moved me to tears. Years later, I screened the film on DVD for my wife at home. Without the heightened theatrical intensity, the film fell flat.

In 1993, I drove to a Westwood theater to watch Schindler’s List. Having seen the four-hour Sorrow and the Pity and the nine-hour documentary Shoah, I wasn’t excited about another marathon Holocaust film. But as a Jew, this was a rite of passage. I went to an early afternoon show. Two hours into the movie, an earthquake hit. Everyone was ushered outside, and we were given rain checks for a later screening. By the time I finally completed the film, eight hours had passed since I first sat down. I was pummeled by the experience.

I familiarized myself with theaters that employed actual projectionists versus automated projection systems. Human projectionists insured sharp focus and crisp audio. In the late- 1980s, small-screen multiplexes irreparably damaged the movie theater experience. Theater owners greedily played multiple movies at a time on tiny screens. The image and sound quality were terrible and audio from neighboring movies bled through the walls.

Around this time I turned to revival houses for relief. Aging movie theaters repurposed themselves as havens for foreign, independent and classic cinema. The venues were often decrepit and filthy, but this added to the charm. The New Beverly Cinema in Hollywood (now owned by Quentin Tarantino) was so grungy that the screen was torn, the floor was covered in a slippery sheen of “real butter” and rats scurried beneath the seats.

A mile down the road was the Silent Movie Theater. The quirky proprietor showed Chaplin, Lloyd and Keaton shorts often with live organ accompaniment. On the night of January 17, 1991, the venue screened Sunrise: A Song of Two Humans starring Janet Gaynor. Just before showtime, a gunman entered the theater and killed the owner and a female concessions clerk. It was later learned the shooting was a murder for hire plot initiated by the owner’s gay lover who hoped to receive an inheritance.

In the early-2000s, high-end movie venues made a comeback. Audiences were willing to pay a premium for quality screenings, comfortable seats and the ability to reserve a seat in advance. Concession stands offered cappuccino and alcohol. Aisles were elevated and seats spaced farther apart for comfort.

Then came 9/11 and Blu-Ray and Netflix and VOD. In 2002, movie theater attendance began falling. It has gone down every year since then. The event that pushed me away from theaters was the Aurora, Colorado shooting in 2012. A 25-year-old man with multiple guns entered a screening of The Dark Knight Rises and started firing. He killed 12 people and wounded 70 others. The world was getting crazier and as much as I loved theaters, home viewing was suddenly a decent alternative.

Movie theaters have survived many threats. They outlasted the Depression, World War II and the 1948 Paramount legal decree spurring studios to sell their theater chains. They survived the introduction of television by luring moviegoers with 3D movies, Technicolor, widescreen projection, gimmicks like smell-a-vision and drive-in theaters. Ironically, drive-in’s might outlast conventional theaters.

With COVID-19 shuttering theaters across the country, it’s hard to see how they survive. It’s one thing to fight over an armrest but quite another to risk your life to watch a movie. Facemasks are not conducive for eating popcorn and social distancing means moving seats far away from each other. Talk about a first-date buzzkill.

I’ll always view movie theaters as secular cathedrals. If theaters do die, this means the final movie I ever saw in a theater was the South Korean Best Film Winner Parasite.  Too bad The Last Picture Show wasn’t available.