Every Man a Target

Beckett is a successful attempt to bring back the everyman-centered thrillers of the 1970s like The Parallax View and Three Days of the Condor. 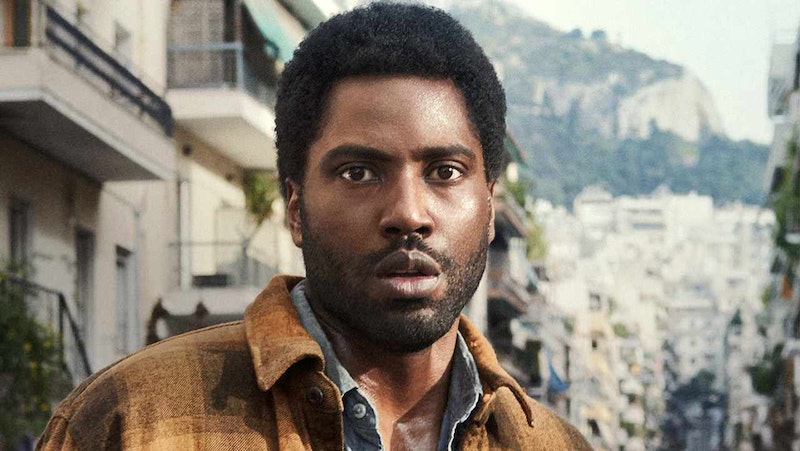 Throughout the 1970s, political thrillers were a different than we generally see today. Marathon Man, Three Days of The Condor, and The Parallax View are films that take a relative everyman and thrust them into a fast-paced conspiracy that barely even slows down before the credits roll. Even characters such as Robert Redford’s CIA analyst Joe Turner had little training and were generally helpless and scared by the government.

Today’s thrillers are defined by the Jason Bourne template of the government overreaching, and messing with the wrong person, who is far from an everyman. The political thriller became intertwined with the revenge thriller in America’s post 9/11 anger, and Liam Neeson shot a lot of people on screen. The highly-trained, and often betrayed protagonist isn’t a terrible idea, but it does bolster him/her in their fight against the powers, making them less relatable. In 70s thrillers, characters such as Thomas “Babe” Levy (Marathon Man) were almost naked in the world, lacking training, information, and equipment.

In an attempt to resurrect the 1970s thriller, Ferdinando Cito Filomarino teamed up with John David Washington for Beckett, a classic stripped-down thriller starring Washington as a man only known as Beckett. Beckett may not stick with audiences too long due to its predictable writing, but Filomarino succeeds at bringing back the everyman-centered thriller. Filomarino picked an opportune time to give it a shot, given the public’s general distrust of government.

Beckett takes place across Greece, which is gorgeously captured by Filomarino, a skill most likely cultivated as the second unit director for films such as Call Me by Your Name. Beckett and his girlfriend April left their hotel in Athens while on vacation to avoid the crowds of an upcoming political protest when Beckett falls asleep at the wheel in the country side, sending their car barreling off a hill and into a house. April dies in the crash, though Beckett survives. He sees a red-headed boy in the house, who’s quickly ushered away. In the next few minutes it becomes clear that Beckett was not supposed to see this boy, and the police want him to forget all about it.

Guilt-ridden, Beckett plans to commit suicide, only to be shot at by an unnamed assassin and the same police officer he spoke to about seeing the boy. Beckett’s in a mad dash to the US Embassy to seek safety and clear his name. This is where Beckett is at its strongest, as the viewer feels Beckett’s feelings of safety, structure, and understanding slip away from him. Beckett can’t find any help, and if he does, he barely has time to explain his situation before he must run again.

The plot’s minimal, but Washington keeps viewers engaged. The script is light on dialogue, though it’s not really needed. Beckett’s visibly shaken, and stumbles around, usually evading capture by the skin of his teeth.

Beckett ultimately fizzles out, despite a thrilling climax in Athens. What’s memorable about Beckett is that it’s a 2021 film, and it feels much more like watching Marathon Man than Extraction.