Don’t Wait for Your Mother

Prince’s Sign o’ the Times is one of the best concert films ever. 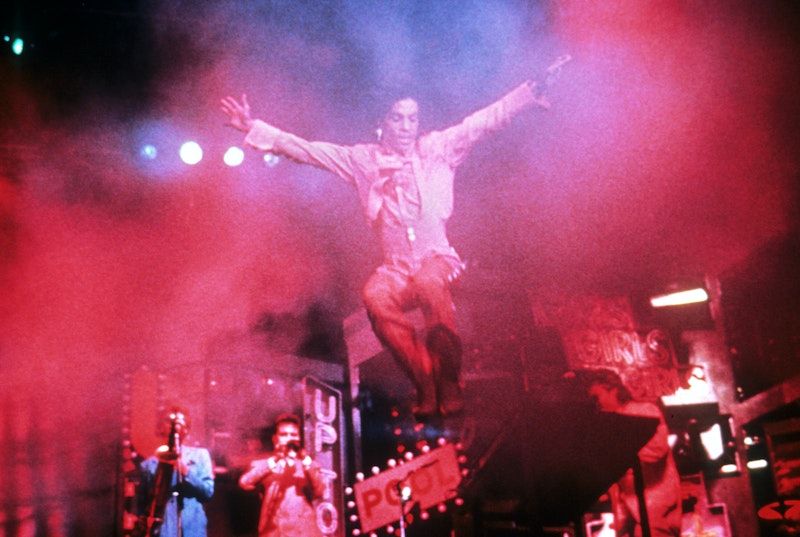 In a year when clickbait lists still make too many people mad (or feel anything at all), I don’t think anyone would dispute including Prince among the 10 best artists of all time in any medium. Others: William Shakespeare, Jimi Hendrix, Miles Davis, Rainer Werner Fassbinder, Mark Rothko, George Eliot—but Prince? He’s the only one that could skip by unscathed on any “Best Of” or “Greatest” list cranked out. There would be a few dissenters, but the evidence is undeniable: this man wrote, produced, recorded, and performed the most astonishing music of the 1980s. No other solo act approached him in that decade, and since his death, a stream of vault treasures continues to confirm his status as one of the best recording artists of all time, only behind The Beatles. But no one man had all that Prince had, and his music and his films are miracles.

Purple Rain is ubiquitous, album and movie, but Prince’s follow-up multimedia effort, Parade and the film Under the Cherry Moon, were roasted by critics ready to tear down and dismiss the person they spent the last five years building up. 1987’s Sign o’ the Times is now widely considered Prince’s magnum opus, if not his best album, but it didn’t sell very well when it came out. Prince didn’t tour the record in the United States and cancelled his U.K. tour, leaving only Europe and a handful of appearances at his own Paisley Park in Minnesota. That’s where the majority of the 1987 concert film Sign o’ the Times was filmed, after most of the footage from a show in Rotterdam proved unsatisfactory. This movie, more than Under the Cherry Moon, has been unavailable and practically impossible to see for over three decades. It was only made to substitute an American tour, and even the movie underperformed, leaving this 85-minute Hail Mary the last word before the Lovesexy era.

Sign o’ the Times is my favorite Prince album, and I couldn’t believe it was screened last weekend at the Parkway in Baltimore (one final screening, on the sixth anniversary of Prince’s death, is tomorrow April 21 at seven p.m.). I went in knowing only that it was a concert film, lacking any narrative stretches like his previous two films—and it is, although the songs are cut with interstitials starring Prince and various beautiful women. There’s an elaborate, gorgeous set bursting with colors straight out of a Stanley Donen or Vincente Minnelli musical, and the camera often moves in and out of windows and buildings, all contained within Paisley Park. If nothing else, Sign o’ the Times is a masterwork of set and stage design, not only the colors but the shapes, a fantasia of urban excitement and cloistered buildings bent and distorted like a cartoon. None of the album’s sociopolitical material, like the title track’s AIDS and heroin polemic, is present, and most of the “storytelling” happens live on stage, as with the astonishing centerpiece “I Could Never Take the Place of Your Man,” where the story of the song is played out in glorious Technicolor pantomime.

This is a Prince concert movie, so it’s already better and more important than most movies, but I went in blind and went out bummed that it doesn’t have “The Ballad of Dorothy Parker,” “Adore,” “Strange Relationship,” and “Starfish and Coffee.” No excuses like The Beatles: Prince could’ve whipped up arrangements of those songs in a second, and years later he did, and I know this was a rush job, but if those songs were included, Sign o’ the Times would be the greatest concert film of all time. Not only because Prince is the best musician with a concert film, but because it often stuns as a movie: this is what the music on Sign o’ the Times looks like. There’s no story grafted on, this is images and sound; not a revolutionary work, but one that’s pointing in the right direction. The color pink is so powerful.

Prince’s estate has enough material to release for another century, and six years on, Sign o’ the Times is finally out of legal limbo. No home video release yet, but it’s streaming on the Criterion Channel for now and I hope it’ll play in as many theaters this month as possible. Go inside and play in the sunshine.