Over the Hills and Far Away

Robert Eggers' The Northman is a fine but undistinguished fantasy epic. 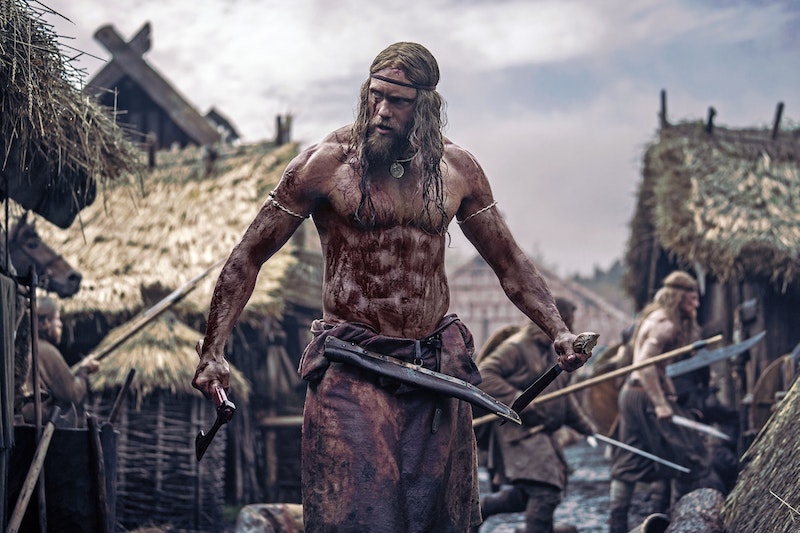 Director Robert Eggers has ascended in the last few years on the strength of a pair of relatively low-budget, minimalist efforts, 2015's The Witch and 2019's The Lighthouse, both A24 releases. Both of Eggers' earlier films feature inedible images and memorable moments, with Willem Dafoe's "Fond of Me Lobster" speech in the latter gaining instant immortality.

Now, Eggers has gotten away from minimalism with The Northman. It's a period piece like the other two, but it's bigger and more ambitious than the director's earlier work, with a much larger budget, bigger stars, and greater narrative ambition. It's from Focus Features rather than A24. And while The Lighthouse remains his best film to date, The Northman represents a successful transition to the higher-budget echelon.

The film, which Eggers directed and co-wrote with the help of the Icelandic poet known as Sjon, is adapted from Scandinavian mythology, and most specifically the legend of Amleth. If it feels like Hamlet, that's not a coincidence; the Amleth was said to have inspired Shakespeare's play, although there's no "to be or not to be" as Amleth is never less than decisive. Set in the 10th century and featuring lots of mountain vistas and other iconographies often shown on the margins of hype videos for the Minnesota Vikings, The Northman was filmed in both Northern Ireland and the Republic of Ireland.

In his first big role, on True Blood, Alexander Skarsgard played a Viking, and his character's name was Eric Northman. Now, he's a Northman once again, as the adult version of Prince Amleth. In Hamlet-like fashion, Amleth's father the king is murdered, and usurped by his uncle. This sets off a complex quest of revenge, over many years, including sword fights, volcanos, prophecies, disemboweling of human hearts, and lots of yelling. It’s long at 137 minutes, and a hard film to follow, even if you know your Viking history, but most watching will grasp at least the broad strokes.

Skarsgard more than holds his own in the lead role, while Claes Bang is appropriately smarmy as the villain. Nicole Kidman gives a delightfully batshit performance as the Gertrude character, while Anya Taylor-Joy—whose breakthrough came in Eggers' The Witch—continues her strong run of recent performances. Other well-known performers show up in much smaller roles, including Ethan Hawke as the king, Willem Dafoe as a jester, and Bjork, ending a more than 20-year screen absence. Also on board are The Witch veteran Ralph Ineson, and Hafþór Júlíus Björnsson, who played The Mountain on Game of Thrones. In fact, it's a bit of a surprise the cast isn't riddled with Westeros alumni.

I'm more partial to last year's The Green Knight, which found a more human story in ancient Northern European lore. But The Northman is a fine effort from a rising filmmaker, who clearly has many outstanding films in his future.