The High Note is more charming than most movies about music fans in and out of love. B 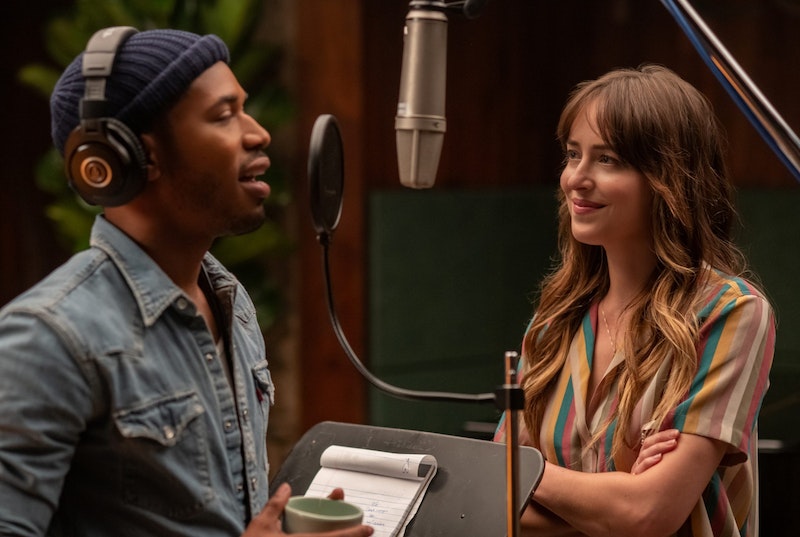 The High Note is a sweet and charming movie about music and relationships, in the tradition of Once, and Hearts Beat Loud. The film probably doesn't have the right protagonist, and it doesn't have anything new or original to say about fame, music or the music industry. But it's a well-shot film, with a likable cast and lived-in performances. Set mostly in Los Angeles, The High Note plays like a slightly less toxic version of The Devil Wears Prada. Dakota Johnson stars as Maggie, the young personal assistant to veteran pop diva Grace Davis (Tracee Ellis Ross.)

The High Note, originally called Covers, was a Black List script a couple of years ago by Flora Greeson. The film’s directed by Nisha Ganatra, who also made last year's Mindy Kaling/Emma Thompson comedy Late Night, another film that played like a lighter version of The Devil Wears Prada. The High Note, though, represents an improvement.

While most movies of this kind would likely make Maggie a singer or songwriter, The High Note has her as an aspiring producer.  Her opinions about Grace’s career put Maggie in tension with the singer's agent (Ice Cube), while Maggie also pursues a relationship with a young singer (Kelvin Harrison, Jr.) Ross' character is a veteran singer who bears more than a passing resemblance to the actress' mother, Diana Ross. The character finds herself, in her late-40s, choosing between making a new album or embracing life as a nostalgia act in Vegas.

The film’s too long, and there's a silly late plot twist that most people will see coming. And I'm not sure why this movie had to be Maggie's story and not Grace's. Aren't there stories to tell about her career, and how she got to that point in it? The performances help make up for the film's deficiencies. Johnson remains an appealing screen presence while Ross, so outstanding on Black-ish for the last few years, is deserving of movie roles, especially one like this that allows her to sing. Harrison performed well last fall in a pair of imperfect movies, Luce and Waves. And Ice Cube gives one of his better movie turns, as a cynical showbiz veteran, while Bill Pullman, rarely seen on screen these days, has a fine small part as Johnson's father.

The High Note isn't a movie that you'll be thinking about for days after you see it. But it's an agreeable, enjoyable effort with likable performers and good music.