David O. Russell's Amsterdam may be a fun shaggy dog story, but it really doesn't amount to anything. 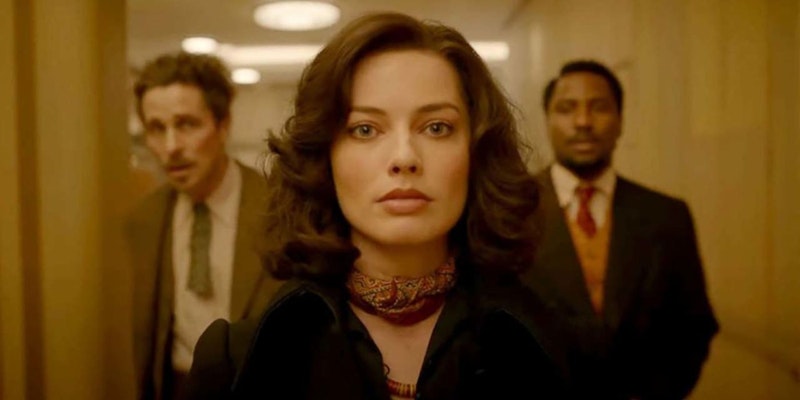 With Amsterdam, his first film in seven years, director David O. Russell has assembled a talented cast, based it on a story on a fascinating but under-told story from history, and loaded it up with style and first-rate production design and costumes. It's still mediocre, although Russell has done much worse.

Amsterdam is disjointed and paced too slowly. It uses a convoluted plot to deliver a message that's very simple. And like a previous Russell film, American Hustle, it tells a fictionalized story about a real-life event, when it might’ve been better off making a straightforward story rather than focusing on Christian Bale and friends gallivanting around. It should be noted that Amsterdam is ill-served by its advertising campaign, which is selling a movie—a breezy, comedic caper film—that it’s not.

The film is set in New York in 1933 and focuses on a group of friends (Christian Bale, John David Washington, and Chris Rock) who served together in World War I, in a racially integrated regiment. Washington is now a lawyer, Bale a quack-ish doctor—under the thumb of his shrewish wife (Andrea Riseborough) and her wealthy, evil parents—and Rock is Rock, speaking almost entirely in the cadences of his stand-up act.

The inciting incident is the murder of the general-turned-politician (Ed Begley, Jr.) who started their regiment, leading to a request from Bale to conduct an autopsy. The request comes from the general's daughter, played by Taylor Swift, in a role that likely took just a few hours of her time. This leads to a dramatization of "The Business Plot," which was a real-life coup attempt by a group of Nazi/Fascist-sympathetic businessmen to overthrow FDR in the early-1930s. The plot was real, although historians are divided on how serious it was, or whether it came close to success.

The film takes its time in getting to the point, introducing us first to a nurse named Valerie (Margot Robbie) who spent a glorious time living with Bale and Washington in the titular city after the first World War. We also meet Valerie's shady-businessman brother (Rami Malek), the brother's wife (Anya Taylor-Joy), a couple of tradesmen who are obviously spies (Mike Myers and Michael Shannon), and some detectives trying to solve the first murder (Matthias Schoenaerts and Alessandro Nivola). The talents of Timothy Olyphant are wasted in a villain role in which he barely speaks. And eventually, the appearance of another general (Robert De Niro) brings the whole plot home.

My first thought was this would be a movie like Inherent Vice, where there's a complex plot that ultimately doesn't matter because the style and characters take precedent. But as it goes on, we discover not only that the complexity wasn't necessary, but that the ancillary stuff doesn't deliver either. There's a minor amount of comedy, but it doesn't fit with the tone of the picture.

Amsterdam doesn't have any reason to exist. The political message is that incipient fascism is bad, especially when it's backed by greedy businessmen. But that isn't enough for an entire movie. The performances are hit or miss. Bale is decent, playing another oddball, although a running joke about his glass eye falls flat. Robbie gives a more subdued performance than what we're used to, and Malek and Taylor-Joy aren't given much to do. Myers gets a reunion with Malek, his partner in Bohemian Rhapsody's worst movie scene of the decade, but it's better this time.

David O. Russell has been out of action for a while, reportedly for very good reasons, and he wasn't especially missed. His best films are his first two, the 1990s efforts Spanking the Monkey and Flirting With Disaster, and The Fighter is okay. I've seen Three Kings three times in three different decades and have never understood the appeal. Silver Linings Playbook, his biggest hit, is an overrated and insulting movie, while American Hustle is probably the worst Imitation Scorsese film of all.