Silver Ghosts of the Weimar Screen 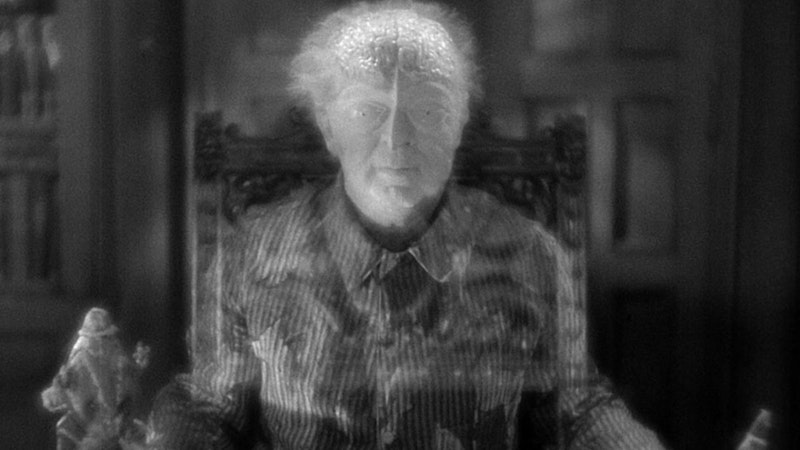 The tension between ethics and aesthetics is a perennial philosophical problem, and it has particularly manifested itself in the relationship between art and philosophy. Many moral questions arise: is beauty more important than goodness? Should we disregard a philosopher's moral failings if he contributed to the development of philosophical thought? Martin Heidegger’s support of National Socialism is a perfect example of a moral dilemma.

How should we evaluate  Leni Riefenstahl’s propaganda film, Triumph of the Will (1935) aesthetically given the loss of millions of lives brought on by the ideology she’s elevating in the film? Do we participate in an immorality when we evaluate in such a way?

Should we care whether an artist or a novelist wasn’t a good person, yet made elevating and beautiful art? Does this make him a hypocrite and does this decrease our respect and admiration for the work? Such questions are at the heart of our attempts to reconcile ethics and aesthetics. Films that were created during the Weimar period in Germany exemplify this struggle, which goes beyond intellectualism and philosophy.

There are several theories, which have posited that Weimar Cinema has a direct relationship to the ideology of National Socialism. In particular, Siegfried Kracauer has argued in From Caligari to Hitler: a Psychological History of the German film, that German consciousness was primed for what National Socialism brought, but that it already contained the seeds of ideology long before Hitler came to power. German Expressionist Cinema, according to Kracauer, is a perfect embodiment of German people’s anxiety and desires. He writes, “In exposing the German soul, the postwar [World War I] films seemed to make even more of a riddle of it. Macabre, sinister, morbid: these were the favorite adjectives in describing them.”

Film’s a powerful medium, and Kracauer’s argument isn’t without merit. The Nazis used film as their primary means of spreading anti-Jewish propaganda. Kracauer’s also correct to write that films create or illuminate “psychological dispositions—those deep layers of collective mentality which extend more or less below the dimensions of consciousness.” Kracauer suggests that German people’s ideological thoughts only needed re-awakening in order to enact one of the most destructive ideologies the world has witnessed.

It’s no secret that the Nazis admired many films that came out of the Weimar period, yet it’s precisely National Socialism that effectively ended the Weimar period of great creativity, if not somewhat strange libertinism. Joseph Goebbels, Hitler’s minister of propaganda, admired Fritz Lang’s Metropolis (1927) so much that he “courted” Lang to become the artist of and for the regime. Lang promptly left Germany and continued his career in the United States.

Then there’s an uneasy fact that many actors and directors of Weimar period films became Nazis, who either believed and supported the ideology or were cowards and opportunists, an argument they used as a defense after the war ended. Riefenstahl repeatedly claimed that she just made films about Hitler and had no idea that concentration camps even existed. Heidegger blamed ancient Greek philosophy for his inclinations towards Nazism.

Yet, further complexity arises when we see that someone like Lang was a staunch anti-Nazi, and we see this especially in his film, The Testament of Dr. Mabuse (1933), which concludes the Weimar period. Lang placed the words of a Nazi into the mouth of a madman. The film was banned in Germany when it came out and the first German premiere of the film was in 1951.

Even with such tensions between ethics and aesthetics, one can’t deny the significance of the Weimar Cinema. Most of the films that came out of this period are expressions of cinematic innovation and psychological stories. In many ways, it was the cinematic beginning of human fascination with horror and implied violence, which gave birth to later horror films, which we take for granted because they’re not connected to an ideology.

This was also the beginning of cinematic concern with madness and human psyche. Who’s the madman among us? Or is the mad psyche within us? Who’s guilty and who’s innocent? Whatever the answer may be, a balance must be struck. We can’t disregard the implications Weimar Cinema contains. At the same time, we have to create a distance to evaluate the aesthetic madness of the Weimar period. The biggest question is whether this is merely an aesthetic madness or something far more immoral and evil at play.