The other American movie star to make it big in Italy in the 1960s, but to much less recognition. 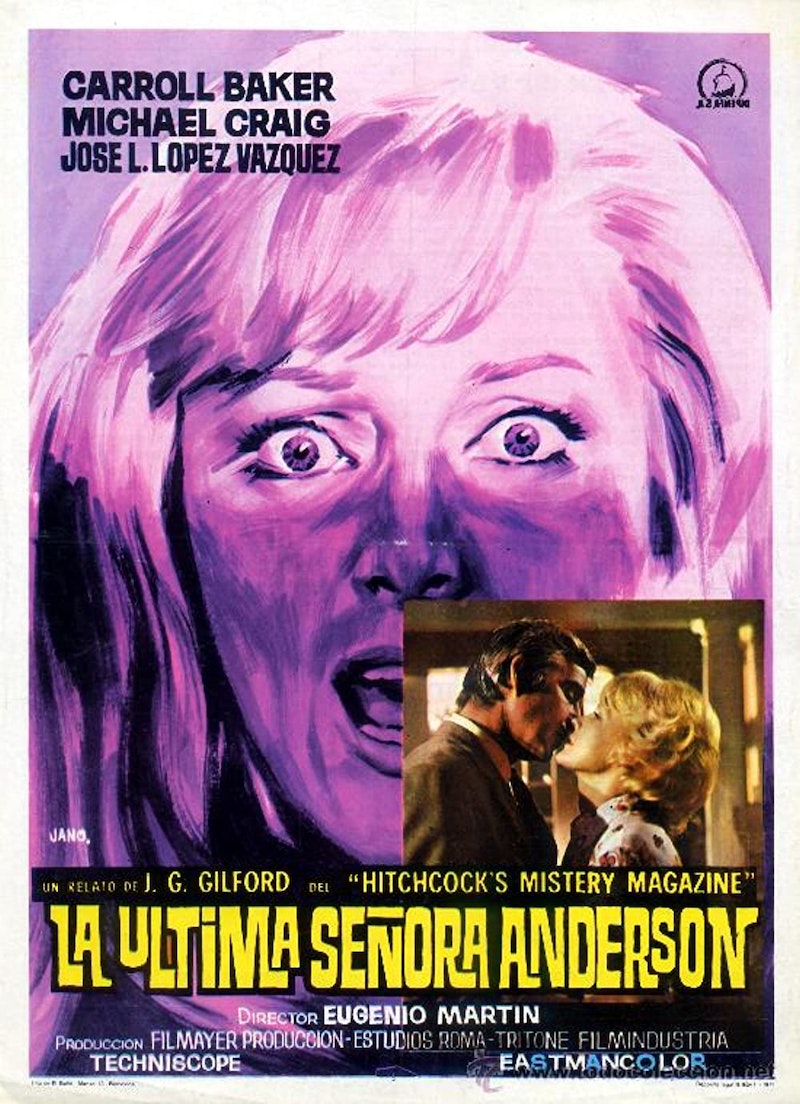 American and English television is still “thriving” insofar as they’re able to work with bigger budgets and “known quantities”—movie stars. Kate Winslet can hardly be accused of slumming it with Mare of Easttown, Anya Taylor-Joy had The Queen’s Gambit while millions of people were still stuck inside, and I believe my dad when he tells me Billy Bob Thornton, Steve Buscemi, and James Spader are doing the best work of their careers on TV. But much like previous booms in the 1950s and 1980s, actors that get started on TV have a hard time sticking in movies. Bryan Cranston, try as he might, isn’t becoming the leading man he thought he’d be after Breaking Bad ended; Jon Hamm has his comedy cameos, but he’ll never play James Bond; and James Gandolfini, may God rest his ass, could never get a foot in the multiplex door. The best starring role he ever had in a movie came out the month he died: Nicole Holofcener’s Enough Said, with Julia Louis-Dreyfus. It was a taste of what could’ve been, and nothing more.

But none of these people are looked down on for trying, whether their fail or not. Completely different story before the 2010s, and it took pioneers like Clint Eastwood and Carroll Baker to take what look like dream gigs today: moving to Italy to star in four or five movies in as many years. John Saxon, Henry Silva, Dan Duryea, Chuck Connors, Joseph Cotten, Barbara Bouchet, and many others followed once the 1970s came, but when Eastwood went over to make his A Fistful of Dollars with Sergio Leone, he was at wits’ end: nearing 30, coasting on Rawhide, going nowhere fast and headed for unemployment by 40. Eastwood was an exception, perhaps because he was the first: few remember his time on television now, but everyone can hum or at least recognize Ennio Morricone’s opening theme for The Good, the Bad, and the Ugly.

Eastwood’s success in the mid-1960s was the American Dream Italian Style, and he quickly readjusted and hooked up with Don Siegel to properly invent his image for American movie audiences: as Quentin Tarantino wrote on his New Beverly blog a couple years ago, 1968’s Coogan’s Bluff was the first time people saw “Clint Eastwood” as we think of him today. 1971’s Dirty Harry was the epitome of that second (or third) incarnation. Myth-making and image control are far from vain, they are everything for a performing artist. Unless you want to wither on the vine or in obscurity, you have to write your own story, otherwise someone else will do it for you.

Carroll Baker had the opposite experience: world-famous as Baby Doll at the age of 25 in 1956, she was on her way to becoming a contemporary of Marilyn Monroe and Jayne Mansfield, another “blonde bombshell” on display. But like Monroe and Mansfield, Baker began in the theater, and good performances followed in Hollywood: check her in John Ford’s Cheyenne Autumn constantly beckoning for “Spanish Woman.” But a decade after Baby Doll, she was wiped out, embroiled in a lawsuit with scumbag producer Joseph Levene that effectively put her on the blacklist. Recently divorced, with two children to support, she made the obvious decision—“career suicide” to most Americans at the time—and moved to Rome to star in Italian movies.

Almost all of them are better than the movies she made in America, particularly her legendary collaboration with Umberto Lenzi. This four-year partnership produced giallo classics Orgasmo, So Sweet… So Perverse, A Quiet Place to Kill, and Knife of Ice. Baker is only innocent in Orgasmo. Beyond that, each film has a considerable amount of nudity for an American movie star in the late-1960s and early-1970s. They’re more than curios, and once you shrug off any xenophobia about the dubbing or “bad acting” abundant in Italian genre cinema, you’ll find treasures. Baker’s fifth film in Italy, Eugenio Martín’s The Fourth Victim, was released in 1971, in between A Quiet Place to Kill and Knife of Ice. The same year, Baker also fit in an acid Western (Captain Apache) and another giallo (The Devil Has Seven Faces), before reuniting with Lenzi in 1972 for their final collaboration.

Baker’s work with Lenzi is a cut above the rest, and The Fourth Victim is no exception. Severin is doing the Lord’s work in preserving these films that are falling apart and making them look new: their Baker/Lenzi set is essential for any horror or mystery fan. But in The Fourth Victim, you begin to see the formula. Not that it isn’t there in Lenzi’s films—you only have to scratch so deep with Orgasmo—but in Martín’s film, she feels slotted in, particularly since she doesn’t appear for the first 25 minutes, more than a quarter of the running time. Here she’s being used like Boris Karloff and the people Roger Corman only had half a day or a couple hours with. Even though she’s all over the second half of The Fourth Victim, she’s simply around, without any of the presence given to her in Lenzi’s work.

Writing this, I feel like a TV critic getting down on episode six of this or that in comparison to episodes two and three. It’s silly, because Baker’s career in Italy should be understood and considered as a whole. The Fourth Victim may not be So Sweet… So Perverse, but it’s leagues better than anything Alfred Hitchcock was doing in the late-1960s. American horror would take another decade to bloom, and this period in international Italian cinema produced more than anecdotes, but real gems, as many as the vaunted New Hollywood directors produced in their heyday.

Carroll Baker is still kicking at 90, having successfully moved back into movies and the stage in America by the late 1980s and 1990s. She’s no black sheep, but like Eastwood, she is something of an exception. All the more reason to seek out her work made abroad.