The commonality with which catfish use photos of professional models is telling. 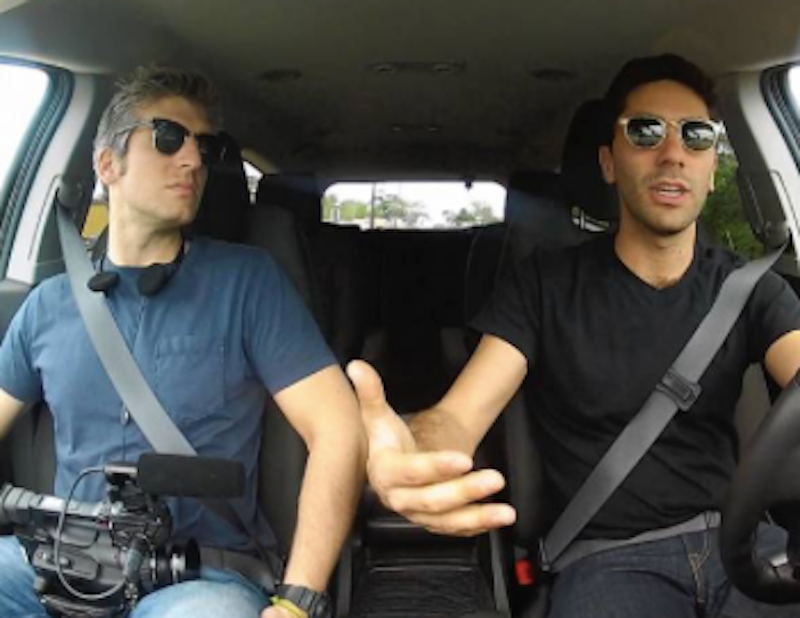 I enjoy MTV’s Catfish. The host of the show, Nev Schulman, who at 24 was himself duped by a 40-year-old, would-be love interest living in Michigan’s Upper Peninsula, is now in the business of either exposing Internet catfishing schemes or connecting people who have legitimate, long-distance love connections.

Because of the show’s foremost function as a legitimate conductor of credible investigative journalism, the Catfish series earns a pass for some of its prurient elements, including the disclosure of sexually charged and salacious exchanges between the catfishing schemers and their victims.

It seems as if for every catfish who appears on the show as an unrepentant scammer, there’s another who simply wished to know what it was like to experience life as an attractive person. When the moment of truth arrives and a catfish is exposed, the exchange with the victim is frequently punctuated with a plea for the relationship to continue. “After all,” the catfish will reason, “you fell in love with the real me. My face and body are different, but the thoughts, feelings and emotions I expressed were all genuine.”

The process of developing a solid relationship is difficult enough without dooming it from the outset by erecting a romance upon a body of lies. Yet, in those moments, we might be encouraged to feel sympathy for the liars, as if feelings of embarrassment, or tales of past experiences with bullying and victimhood are acceptable excuses for misleading others.

We should set aside, just for a moment, the idea that having the sophistication to concoct excuses for our own misbehaviors also means we should know better than to lean into the use of those excuses for leverage to undergird our arguments. Instead, let’s examine the underlying assumption of the following statement: “If the only thing I lied about was my appearance, and everything else I stated about myself is true, then you are at fault for rejecting me exclusively on that basis, and are behaving in a shallow manner when you do so.”

This is a not-so-subtle attempt at victim blaming—as if having a stated attractiveness preference is somehow worse than engaging in outright, long-term deception—but it’s also a falsehood. We can impute a host of characteristics to individuals based solely on their appearance, and also make logical inferences about the thoughts and behaviors they’re likely to engage in. Evaluating outward appearances suitably provides one of the most useful means for assessing a person’s past behaviors and predicting their future actions.

The commonality with which catfish use photos of either professional models or people who look like they could be models is telling. Over the course of the first four seasons of MTV’s Catfish, 73 percent of the catfishing scammers used photos of other people in their online profiles, and a sizable portion of these catfish report that they were honestly hoping to extract love from the online relationship as opposed to money.

A set of logical lifestyle extrapolations can be drawn from looking at a person’s body, and catfishing victims are justified in feeling as if they’ve been baited and switched, even if the only falsehood presented is appearance. Overweight catfish frequently substitute photos of smaller, fitter individuals for images of their true selves for a reason: At least one study has convincingly shown that excess body fat correlates strongly with a rating of “unattractive” applied to overweight individuals by both male and female raters. Moreover, this correlation has been shown to be culturally universal, and stronger than the influence of waist-to-hip ratio considerations on measurements of overall attractiveness.

In fact, one of the only admitted weaknesses of the study—the fact that a low level of body fat is also a predictor of youthfulness, and raters may have skewed their preferences toward people who are youthful and predictably more fertile—underscored an additional catfishing trope. Even catfish who submit true images of themselves commonly use dated images from when they were significantly younger, and they often lie about their ages outright.

If an overweight or obese catfish substitutes photos of someone who’s clearly smaller, and who has visible muscle tone, it’s rational for the person viewing those photos to assume that the person on the other end of the profile prioritizes fitness, and regulates their eating practices to achieve a desirable physical appearance.

Why should anyone care? If the prospective significant other of the catfish is passionate in the realm of fitness, and is endeavoring to meet a romantic partner for whom fitness is a shared interest, then it certainly matters. If your relationship partner is already in superlative shape, arguments centered on the frequency of gym attendance or fast-food consumption are likely to be exceedingly rare.

In addition, if the object of your affections advertises great physical condition, they’ll probably be more capable of adapting to hobbies of yours that are physically taxing. As demonstrated by a study published in the International Journal of Obesity, obese people are limited in their ability to perform exercise or other physical activities at high intensity. An ultramarathoner and a 12-hour-per-day video gamer are simply going to have different performance ceilings when it comes time for them to adopt your obstacle-course-running hobby as their own.

This is before we get into all of the health issues associated with obesity. Entering into a relationship with an overweight person comes with the elevated possibility that you’ll have to support your partner through one or more of the countless maladies that frequently accompanies obesity. These include heart disease, high blood pressure, cancer, osteoarthritis, gout and breathing problems.

Obviously, elevated size and age aren’t the only characteristics that could reasonably cause concern when a catfish divulges their true identity. Even the presence of something as seemingly minor as a tattoo might be enough to prompt a reconsideration. Based on the results of at least one study, which was conducted in 2016 by the International Journal of Dermatology, people with tattoos are more likely to have spent time in jail, are prone to engage in sex with a higher number of partners, are more likely to smoke, more likely to be diagnosed with mental health issues, and are more apt to report sleep-related problems than are people without tattoos.

As reported by the lead author of the study, Dr. Karoline Mortensen of the University of Miami, the IJD study came on the heels of previous research that established “...an association between having a tattoo and engaging in risky behaviors.” Therefore, if you neglected to disclose your tattoo to your web-based romantic partner prior to your first meeting, they might be justified if they presume that you’re more of a thrillseeker in your everyday life than you represented yourself to be over the Internet.

Catfish aren’t alone in their attempts to mislead for romantic gain. In-depth studies have concluded that more than 80 percent of online daters lie. However, the difference is one of degree. While most daters seemingly lie as a means of getting a foot in the door, the lies told by a well-intentioned catfish are all but guaranteed to bring buildings crashing down around them as they make their entrance.

The takeaway is simple: Either tell the truth and potentially craft a relationship rooted in authenticity, or tell a lie and know that rejection is imminent. Don’t blame your catfishing victims for not wanting to engage with someone who’d so readily mask the unfortunate truth until the last moment, and then find fault with them for failing to swallow that bitter truth with a smile.