Werner Herzog and Klaus Kinski ended their collaboration with the wild Cobra Verde (1987). 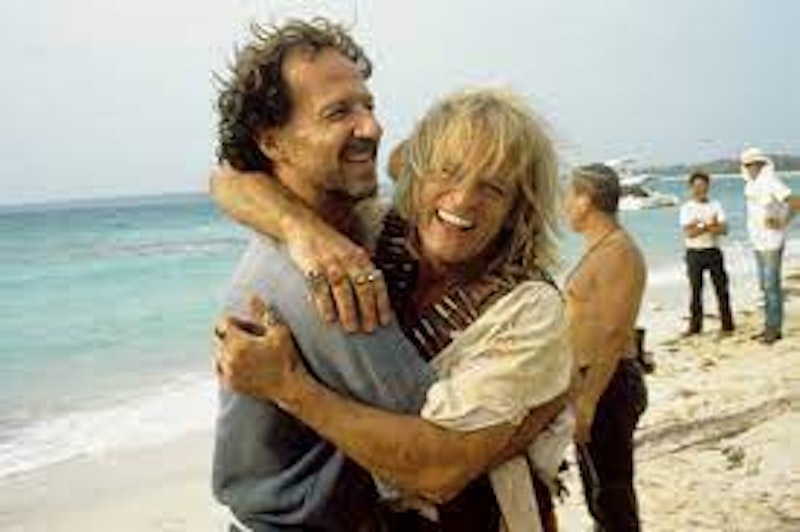 German filmmaker Werner Herzog has always been fascinated by nature. One of his favorite books is J. A. Baker’s The Peregrine (1967) in which the writer spent time observing the peregrine falcons. It seems pointless and mundane but nature rarely is, and Herzog’s choice of this book reveals his own longings and interests. Almost every one of his films deals with some kind of battle between human beings and the natural world that remains unbroken, an immovable mountain of merciless imposition.

In Cobra Verde (1987), Herzog once again collaborates with Klaus Kinski. This was their final collaboration, inevitably colored by love and hate. The film’s based upon Bruce Chatwin’s 1980 novel, The Viceroy of Ouidah, and Kinski plays Francisco Manoel da Silva, a Brazilian rancher, who ends up becoming an outlaw. Much like in Aguirre, the Wrath of God (1972) and Fitzcarraldo (1982), Kinski brings genius and insanity into the role of a man whose aggression known no bounds.

During the filming in Ghana, Chatwin met with Herzog, and wrote about their encounter. In his usual fashion, Chatwin doesn’t hold back. According to Chatwin, Herzog is “a compendium of contradictions: immensely tough yet vulnerable, affectionate and remote, austere and sensual, not particularly well-adjusted to the strains of everyday life but functioning efficiently under extreme conditions.” One does wonder whether Herzog feels any inner peace, but if he does, it’s an uneasy one. But what other peace is there but an uneasy one?

Despite the strangeness of the film production, Herzog and Chatwin got along well. Herzog’s inherent contradictions didn’t bother Chatwin because he belonged in a similar uncategorizable category. “He [Herzog] was also the only person,” writes Chatwin, “with whom I could have a one-to-one conversation on what I would call the sacramental aspect of walking. He and I share a belief that walking is not simply therapeutic for oneself but is a poetic activity that can cure the world of its ills. He sums up his position in a stern pronouncement: ‘Walking is a virtue, tourism deadly sin’.”

In fact, Herzog has engaged in such long walks that they seem impossible to comprehend. One example, which Chatwin singles out, shows the time when Herzog walked from Munich to Paris. He’s heard that the great film critic, Lotte Eisner, was sick and possibly dying, and was “confident that somehow he could walk away her sickness. By the time he reached her apartment she had recovered and went on to live another ten years.”

Despite appearing to be a distant and disinterested observer of God, Herzog’s action was spiritual and selfless, no matter how insane. The great mystics were often labeled mad, yet they possessed the spirit of God in a way that most people will never experience. The mystics are inherently contradictory, yet their contradictions are paths that open up different layers of being and meaning.

What do we make of nature? In our disembodied world of digitization, it’s harder to connect to others, including nature. The great irony of the Internet is that its connectedness has left us lonely because the system denies the embodied existence. Digitized categories masquerade as real ontological categories, and we become the subjects of a computerized joke. We want to get away, just like many before us who saw the shift in the society. Is nature the answer? At the same time, there’s nothing actually peaceful about the natural world. Herzog once called nature “obscene” and that he sees nothing but “fornication” and aggression, especially in the jungle. It is God’s unfinished work, said Herzog, yet he admits that he can’t stay away from it.

Nature isn’t a tool or an artifact. It doesn’t impose itself to be used and so we are not compelled to do something to or about it. It doesn’t need us and this can be calming and unsettling. It whispers acceptance, yet issues warnings and suspicions. It’s the place where we feel protected and naked, vulnerable to its whims which appear to have no order or logic. But isn’t creation violent? Life is borne out of the primal scream, yet here we are, walking, romantically enjoying the landscape.

In his poem, “The Walk,” Friedrich Hölderlin is conflicted about the sacrament of walking.

“How beautiful, clear from the distance

When the weather is mild and fine.”

We like to be comfortable, yet Hölderlin seems to accept the task that is before him.

“The deity kindly escorts us,

At first with unblemished blue,

Well rounded and gray in hue,

With scorching flashes and rolling

Of thunder, and charm of the fields,

With beauty the bubbling source of

Life’s never at ease. One of the biggest issues we face today as a society is not only our disembodiment and disconnectedness (not to mention, the fact that some people do not even recognize the altered existence they lead), but also a denial of violence and destruction. W. G. Sebald appreciates Hölderlin but wonders whether he’s naïve. In After Nature (1988), Sebald writes:

the lines of Haller and Hölderlin

and yet even here there is vagary

as far as the heart reaches. For

the revolutions of great

righted, too diffuse are

the workings of power

the one thing always

the other’s beginning and vice versa.”

The conflict between the “way of nature” and “way of grace” (as beautifully explored by Terrence Malick in 2011’s The Tree of Life) is a constant reminder of the fragility of both nature and man. Is the Internet a force? Does it have a primal scream? If it relies on a repetition of unreality, then how we take its aggression seriously? Does it hurt? Does it puncture? Does it sing? Does it think? Is it a foe or friend? Why do we speak about it so much? Should it be an invisible force that is useful and nothing more? But you might ask, useful for what and whom? We still haven’t “figured out” the Internet and the virtual world, yet (to me) the entire system is a puzzle that’s dull and boring.

Much like an analog camera, which works within the principle of light and not a digitized series of zeros and ones, the embodied world offers more “information.” A picture snapped on a film can be continuously enlarged and more information about an image will be revealed. These aren’t pixels, but layers of existence. Nature too, in its violence and calmness, invites an exploration of both harmony and domination. No matter what the future of the digitized world holds, human nature will carry with it its power, anger, joy, harmony, chaos, and love. The walking journey continues.