Claudette Colbert on the Rack

I Cover the Waterfront (1933) is a sexy Pre-Code gem streaming for free on Amazon Prime. 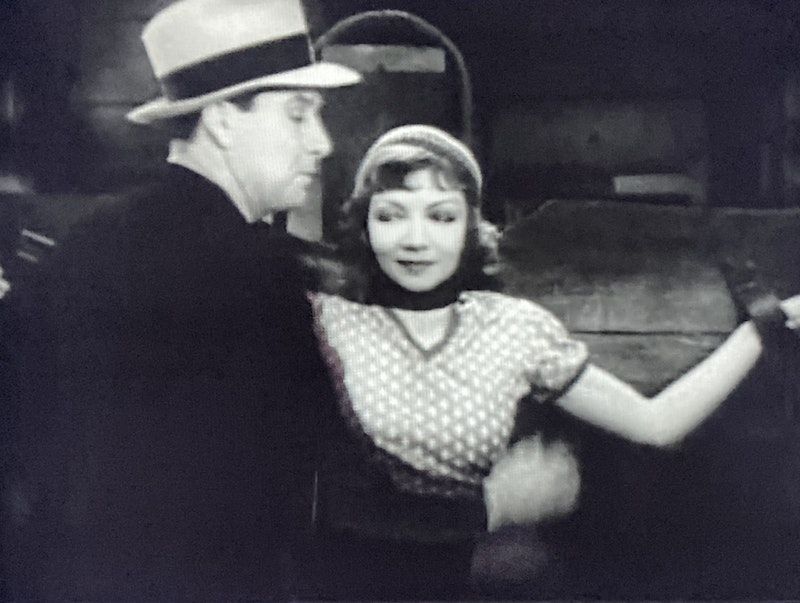 Netflix may raise its prices, Bandcamp may change for the worse after its acquisition, and you’ll likely never hear Joni Mitchell or Neil Young on Spotify again (while either are alive—the second they’re in the ground, the songs are back up). Movie theaters may experiment with “variable pricing” and charge more for reliable hits like Matt Reeves’ The Batman, and the fruitless effort to turn Tom Holland into a movie star has another year or two left. Now that the Oscars are weeks away, there’s nothing good left to see in theaters if you’ve been going regularly and would love to see a superhero movie if not for their inexplicable three-hour running times. I recommend a movie from 1933 you can stream for free via Amazon Prime. It’s an hour long, it stars Ben Lyon and Claudette Colbert, and it’s called I Cover the Waterfront.

Most Pre-Code Hollywood films are pretty tame, but this one is out there. Keep in mind, it’s the same year Marlene Dietrich and Josef von Sternberg broke their unbroken streak of four perfect movie together with Blonde Venus, a melodrama sabotaged by the Production Code and the condition that Dietrich’s character must be punished harshly for her infidelity. Colbert’s breakthrough role in 1935’s It Happened One Night revolves around a mismatched “couple against their will” who sleep in separate beds even after they’ve fallen for each other and kissed on screen—for three seconds or less. Pre-Code films like Dorothy Arzner’s Merrily We Go to Hell would’ve been verboten later in the 1930s because of its frank and dramatic depiction of alcoholism and its effects on a marriage, and I’m not sure Busby Berkeley’s astonishing dance orchestrations in 1930’s Footlight Parade would pass the Code instated just a few years later, one that would remain in place until the late-1960s.

I Cover the Waterfront is more than a typical programmer or a curio for fans of Colbert (I’m not sure there are any Ben Lyon fanatics out there). This is a great example of the difference in attitude in Hollywood filmmaking between the silent and early-sound period and the Classic era that would span until 1970. Filmmakers in the silent years were far more debauched and eager to experiment than those who would come of age and enter the industry post-Code. Casual sex, drug use, homosexuality, bisexuality, S&M—it was all on the menu. Fatty Arbuckle’s rape-murder scandal accelerated the creation of a censorship board in Hollywood and American films were faker and safe for the entire middle chunk of the 20th century. Stacks of masterpieces and great films came out and benefitted from those restrictions, but looking at the action and the flirtation in I Cover the Waterfront is frustrating only while knowing that so few other examples as lurid as this exist.

Lyon plays a reporter investigating the smuggling of Chinese immigrants into New York via cargo ships. In one of the earliest scenes, Ernest Torrence and his crew ruefully toss an unlucky cross overboard, hands and legs tied tight, just so they can avoid being busted by the Coast Guard. Torrence looks down and wipes his brow as they toss him over, and before they even have their perfunctory inspection, you realize this is grimmer than most movies made today. A man, bound and with his mouth taped shut, screaming all the way down, drowning to death after traveling in the bowels of a cargo ship in the hopes of maybe seeing the New Land. With Ellis Island in sight, it’s lights out.

Later on, Lyon shows Colbert (Torrence’s daughter) around and brings her to an old Spanish galleon, and below deck he straps her into a torture rack in a scene that could’ve come out of the Armory in San Francisco. Lyon straps Colbert’s hands and neck to a cross, and while she resists mildly at first, she quickly lightens up to it, writhing as she’s bound and teased by Lyon. They kiss—for much longer than the Code-mandated three-second max—and Colbert smiles in close-up, her black leather collar clearly visible. After she’s untied, Lyon asks if she’s okay. Colbert replies, “I could take that for a lot longer!”