Blood and Guts in the PNW

Why did it take this long for an Airbnb horror movie? Dave Franco's The Rental is decent. B 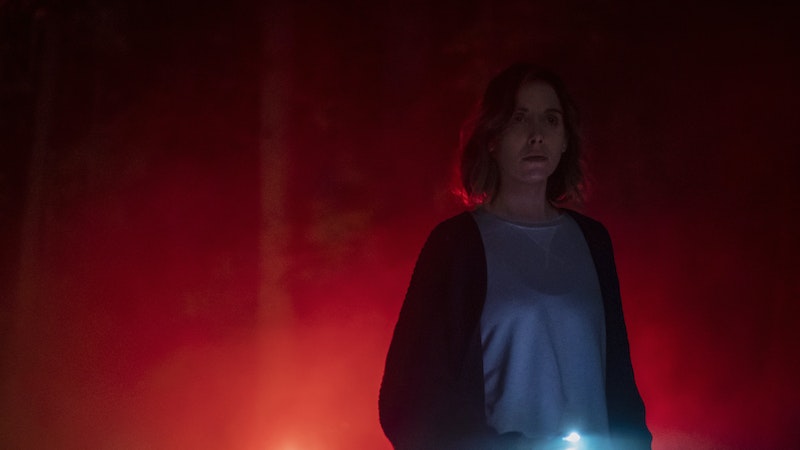 It's hard to believe it took this long for a horror movie premised on an Airbnb, but one’s arrived this week with The Rental, the directorial debut of actor Dave Franco, the goofy comedy actor from Neighbors, The Disaster Artist, and silly comedy movies of that ilk. The film shows potential, even as it slowly drifts from a mumblecore-style character drama, into a full-on slasher film.

The premise has a pair of couples, one of which is Alison Brie and Dan Stevens, and the other Jeremy Allen White and Sheila Vand, spending a weekend renting a luxurious house somewhere on the coast of Oregon. The two men are brothers, while Stevens and Vand are business partners and, strongly hinted from the beginning, more than that. Also, on board for the trip are a dog that isn’t supposed to be there, and a cache of MDMA.

The fifth character is the caretaker of the house (Toby Huss), who's creepy and possibly racist, in a Get Out-style character beat that unfortunately goes nowhere. We start to think it's going to add up to an American version of Michael Haneke's Cache, but The Rental never gets to that level of ambition.

Nevertheless, there are secrets, and revelations, and the sense that all four of the main characters are being watched. As the first half of the film is a character drama involving revelations about secrets and cheating, it's not a surprise that it was co-written by Joe Swanberg, the mumblecore pioneer who wrote and directed Hannah Takes the Stairs, Drinking Buddies and other touchstones of the genre. And while the shift in the focus is jarring, Franco shows that he knows what he's doing with the camera.

The cast is strong, led by the fine Iranian-American actress Vand. Brie, who’s married to Franco, has had movie star potential for a long time, and has fulfilled it this year in such films as Netflix's Horse Girl and now The Rental. Stevens shines in another role where he doesn't look much like he normally does, while White—best known for the TV series Shameless—makes the most of a rare film role.

The film leaves the racism angle mostly unexplored, and its finale, while satisfying, doesn't flow so easily from the film's first half. Nor does it quite have a lot that's sharp or satirical to say about the modern-day gig economy. Nevertheless, The Rental is an assured, promising directorial debut for Dave Franco.