Exercise Your Right to Vote! 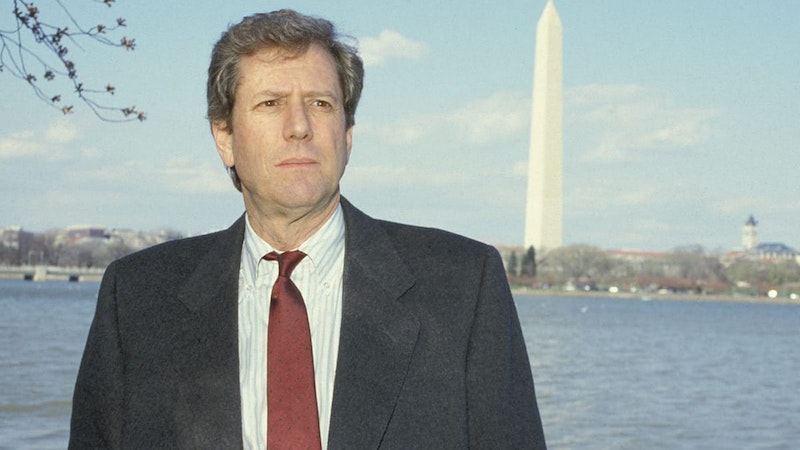 By 1988, Robert Altman and Doonesbury cartoonist Gary Trudeau realized an experimental TV miniseries set during the presidential primaries—funded by HBO—might not be possible for much longer. The two constructed a formally unique satire of the process, Tanner ’88, as an 11-episode miniseries following the titular fictional former–U.S. congressman from Michigan, aired at irregular intervals between February 12, 1988, to August 22, 1989.

Tanner ’88 is unique not because it injects a fictional candidate into a real race, but it finds Jack Tanner and his campaign alongside and interacting with the real candidates and other American political and media figures. The most successful and well–known political television series—The West Wing, House of Cards, The Thick of It, Veep—all center on characters inside real political offices (the White House, Congress, Westminster, or 10 Downing Street), but nonetheless in alternate universes with fictional politicians and elections.

In Tanner ’88, Tanner and his staff encounter an ensemble of the day’s political figures, in both scripted and apparently improvised interactions. These people include Bruce Babbitt, Pat Robertson, Gary Hart, Jesse Jackson, Kitty Dukakis, Bob Dole, Ed Markey, Chris Matthews, and Studs Terkel. Tanner and his staff interact with these figures at fundraisers, rallies, and galas, sometimes exchanging pleasantries, sometimes jabs, and sometimes (as in the case with Kitty Dukakis in the final episode), even extended heart-to-hearts.

These moments elevate Tanner ’88 and Trudeau’s scripts, episodes that already function as well-oiled political drama. But primaries like 1988 and a satires like Tanner ’88 didn’t last. Tanner ’88 conforms to many of the dramatic trappings and stylings of the genre: there’s a headstrong and shrewd campaign manager T.J. (Pamela Reed); the sharp but dopey journalist Deke (Matt Malloy); crude TV news vultures, and a team of scrappy but naïve young staff members (including Cynthia Nixon as Tanner’s daughter Alexandra, a standout who, in one of her best moments, convinces her dad to attend an anti-Apartheid protest where he gets arrested.

This came in a much different format than Tanner ‘88––it was The Onion’s recurring War for the White House series, which originally appeared on their short-lived IFC show Onion News Network, which was nonetheless primarily consumed segment-by-segment on YouTube. Onion News Network was formatted as a parody of a major cable news network, with expensive and explosive CGI animations accompanied by dramatic music, beautiful and vapid anchors, panels of experts, interviews and debates with interchangeable talking heads, and cutaways to on-the-ground reporting. All this was very much in the mold of BBC2’s The Day Today (1994) and Channel 4’s spiritual sequel Brass Eye (1997).

War for the White House was the Onion News Network’s segment covering the 2012 Republican primaries (and eventually the general election, meaning it got further than Tanner ’88 did, chronologically, despite Altman and Trudeau’s wishes). If the Dems in 1988 were a who’s-who of dummies, the Republican field in 2012 was a mythological pantheon of this century’s wackiest and evil bozos. After the most outlandish and unrealistic potential candidate, Donald Trump, dropped out in May 2011, the final field emerged, presented here in order of least likely to institute martial law: Mitt Romney, Buddy Roemer, Rick Perry, Ron Paul, Newt Gingrich, Michelle Bachmann, and Rick Santorum. The candidates represented a Verhoevian vision of American politics, together forming a white-hot ball of pure rage (the kind War for the White House concluded would be frontrunner for the 2016 Republican nomination following Romney’s eventual defeat in the general).

War for the White House succeeded for basically the opposite reasons as Tanner ’88. Where Tanner ’88 was restrained and subtle, WftWH is bombastic and absurd. But both Tanner ’88 and War for the White House follow major party primaries from a fictional third-person perspective. In 1988, the American press corps could still accommodate a cottage industry of newspaper reporters who rode campaign buses, crafted intimate portraits of the candidates, and got a kick of playing the game.

But by 2012, the disparity between the inane and often un-democratic primary process and our leaders’ bipartisan unwillingness to solve any problems made effective satire that much harder. The 2016 primary and election destroyed nearly every media figure, political scientist, politician, and millions of Americans and people across the world. This irreparable break was presaged subtly in Tanner ’88, with its light skewering of media circuses and how they warp political behavior and expectations. The Onion News Network’s War for the White House was simply the last round before reality couldn’t be parodied.