Realizing his limits as an actor, the onetime punchline scores with Argo. 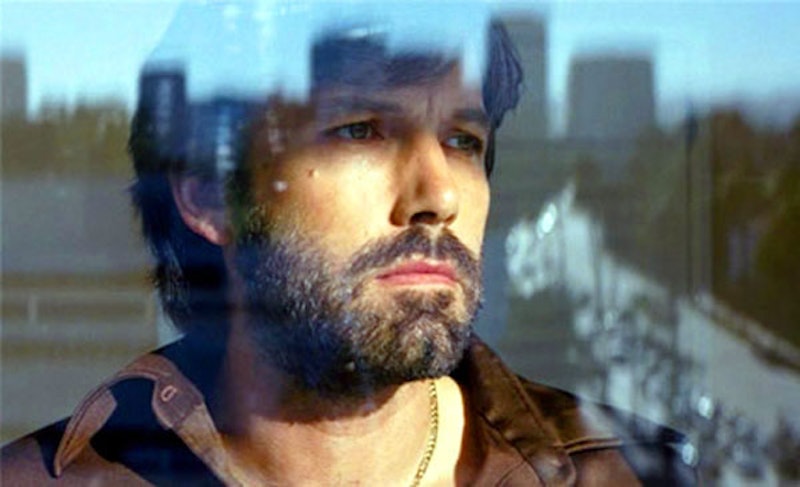 Ben Affleck’s not making masterpieces, but the three films he’s directed—Gone Baby Gone, The Town, and now Argo—have obliterated the perception that Affleck is a brainless pretty boy with no versatility and limited capabilities. As far as his acting goes, that’s still mostly true. When he tries to get emotional, as with his young son in Argo, it comes off as wooden and forced. The man’s face has no depth. There are no deep pools of anger, anxiety, dread, or guilt. He just always looks like he’s quietly farting. But Affleck was apparently clued in, and now does his best work behind the camera. Argo, a sensationalized account of the Canadian Caper rescue mission of Americans from Tehran in 1980 under the ruse of location scouting for a Corman-esque sci-fi movie, is exactly what Affleck is best served doing: making exciting and straightforward crowd pleasers.

Personally, I think it’s a little crazy the amount of acclaim Affleck’s directorial work has received. Every one of his pictures is good, but they show off an aesthetic and creative sensibility that is bland, surface level, with wide appeal. All the derision that was heaped on him a decade ago after stinking piles like Pearl Harbor, Paycheck, and Gigli obviously hurt him deeply, enough that he’s largely given up roles in dumb movies with big paydays. I mean, who can blame him? You’re about as valuable as a centerfold in those movies. Argo takes the best of Affleck’s blockbuster past and uses a script and a story that doesn’t insult the audience’s intelligence. Maybe this is why all three of Affleck’s films are sitting at 94 percent on Rotten Tomatoes. When you can’t sink any lower, up isn’t that far.

Affleck now knows his limits. And Argo is all you could ask for in an exciting “adventure” movie with broad appeal and positive suspense. We know the Americans will escape unharmed, and it doesn’t matter. We’re right to suspect there will be misleading twists and turns, false alarms, and close calls, and can rest assured that the Americans will escape Iranian airspace with absolutely no time to spare and a squadron of angry fundamentalists chasing down the plane on the runway in police cars as it takes off. Of course there’s a frenzied series of scenes at CIA headquarters as Bryan Cranston (finally getting the dosh he deserves after the success of Breaking Bad, even though Malcolm in the Middle was better) runs around in a caffeinated panic and throws phones off his desk. The movie is lean, light, and full of the same hoary clichés and indicators that make so many other big movies like this unbearable and painful to watch. Somehow Affleck pulls it off, and I can’t help but think his middle-period conservatism stems from the total mockery he was made into as a leading man. To be fair, his acting was bad, but did he deserve living as a punchline? No. Luckily for him and for us, he deigned not to become a recluse or a drug casualty, and show how his critics were even more worthless than his worst bombs.