The Artist is masterfully well done. 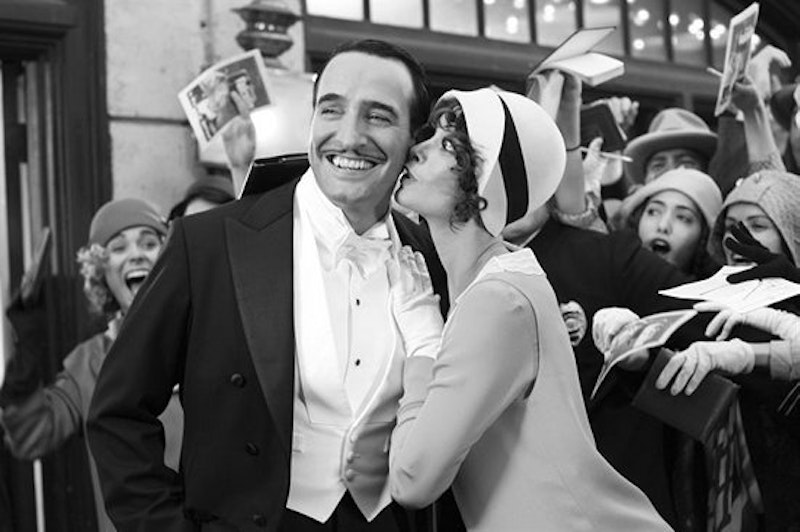 It’s a shame none of us will ever know what it felt like to be alive when film was in its infancy. Our heads are saturated with almost a century of movies and even the high-concept event films are easier to sleep through than watch. Avatar in 1927 would annihilate half its audience by heart attacks. Imagine showing Star Wars in the Dust Bowl. Movies have remained couched in the same stale formula for 30 years and we’ve lost the sense of wonder they should inspire. The Artist is a paean to the bygone silent era and its decline by talkie, and its technique is no cheap gimmick—director Michel Hazanavicius knows the right moves and the film feels right out of late 1920s Hollywood. It’s more of a beautifully stuffed bird than the next generation.

Hazanavicius clearly fantasized about making a silent movie for ages, because this thing is tight, tight, tight, and nails pretty much everything that shaped pre-sound movies: soft, low-contrast tones, over the top melodrama, and a goofy, Vaudeville type vibe. The impossible love story between George Valentin (Jean Dujardin), the silent star forgotten by the times, and Peppy Miller (Berenice Bejo), his exceedingly popular former co-star, is cute, but in a distant kind of way, like a caricature on a plate. Because Hazanavicius commits so rigorously to the limited language of silent films, the relationships feel foreign. Those older will no doubt disagree, but they can remember a time at least when expectations were lower and less complicated.

It’s mostly amusing here but this film just drags in the middle. I was also disappointed by how rote and in homage most of the movie was. There are a handful of really good bits here and there (some brilliant misdirection via a “BANG!” intertitle, and Valentin’s sound-filled nightmare is brilliant), but The Artist is basically a Cliff Notes on silent film tropes and techniques, with an anonymous/bland cast. Even though Hazanavicius is sincere, his film is unmistakably artificial and submits itself to the limitations of its era, creating a convincing imitation—a wax statue. But it’s not breathing.

The Artist is as good as homage gets, because it’s imbued with enthusiastic devotion and meticulous attention to detail. It’s no progressive take on the genre or even a curious twist. No, this is grandma’s movie, and she’ll get a kick out of remembering what it was like to first go to the movies. Don’t forget, though, that this is taxidermy, clean, pretty, and prepared, a false time capsule. Why not just watch Intolerance?