I Hate the New Muppets

Wouldn't it be kinder to have just shot the frog? 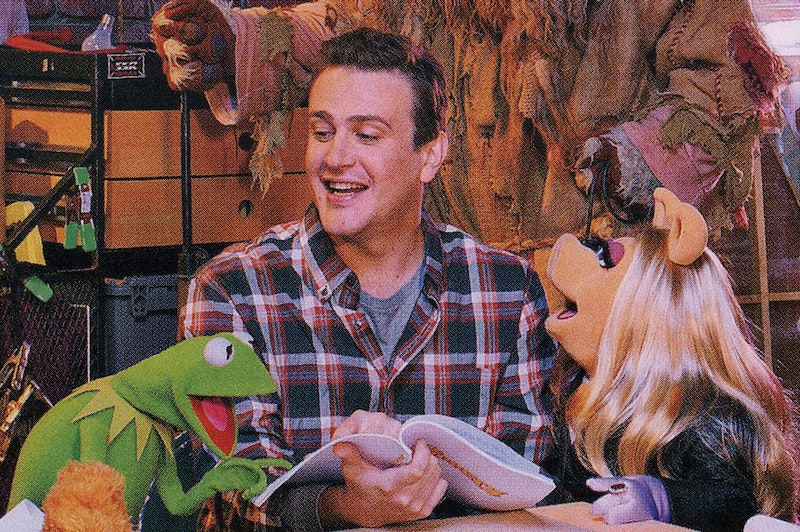 Jim Henson's televised 70s Muppet Show was an erratic blend of bad puns, pratfalls and surreal, drugged-out humor. An awkward Kris Kristofferson cracking up onscreen as he sings a love song to a pig; Gilda Radner stumbling through Gilbert and Sullivan tunes accompanied by a seven-foot tall carrot; a giant monster warbling "I've got you under my skin" to the civilian he's just ingested—it was second-rate vaudeville on large amounts of weed performed by shockingly inventive puppets. The Muppet Show never managed the sublime fuddy-duddiness of “Peanuts” or the anarchically perfect rhythm of Monty Python, or even the occasional brilliant creativity of Sesame Street, but at its best it had a joyously random, unpretentious low-fi charm. I no longer think it's one of the best television shows of all time the way I did when I was younger, but I still love it.

Which is why the recent film The Muppets made me vomit. The clunky sporadic brilliance of yore is gone; in its place is a big, slick, hollow juggernaut, slathered in nostalgia, sentimentality, and a hollow winking irony meant to substitute for humor or ideas. The film puts at the center of the narrative a boy named Walter, who was unaccountably born as a Muppet. Out of place in the human world, he provides the pedestrian coming out story that has allowed liberal critics to fall all over themselves with enthusiasm. Plus, Walter talks all the time about how great the Muppets are and how brilliant The Muppet Show was and OMG I love the Muppets, Muppets, Muppets. Chris Orr at the Atlantic characterized this as "a tidal surge of joyful nostalgia," but to me it just felt like I was watching a two-hour commercial for the two-hour commercial I was watching. Every gag—Fozzy's stupid joke, Gonzo's "zaniness," the Swedish chef's funny accent—is refracted through its own smug self-satisfaction. Which I guess is supposed to distract us from the fact that, for example, Gonzo never actually does anything nearly as wacky as eating a rubber tire to the music of flight of the bumblebee, and Walter, our exciting new Muppet, is visually boring as fuck, almost like he was designed by a committee of Disney executives rather than by Jim Henson.

As if Walter's tedious coming-of-age weren't sufficient, we also have to suffer through the by-the-numbers bildungsroman of his brother Gary (Jason Segel), who has to learn to commit to his girlfriend of 10 years (Amy Adams.) And of course Kermit and Miss Piggy also must declare their love for one another (as if there was ever any indication in the original show that Kermit liked, much less loved the pig). Even fucking Animal self-actualizes. Everyone learns life lessons and becomes closer together like a family and finds their real place in life, and there are whole scads of big musical dance numbers which are all slickly choreographed and filled with happy lyrics like "Everything is great everything is grand I got the whole wide world in the palm of my hand." It's funny, see, because it's so overly cheerful, just like the original Muppet show, and now we're grown up and know better, but it's still fun to pretend we think the world is all sweetness and light for the kiddies, right?

The only problem is that the original Muppet Show wasn't saccharine at all. It was goofy and dumb. It wasn't about people finding their true place in the world. It was about people falling into holes or transforming their hands into puppies or having random objects fall on them from the ceiling. It was empty-headed, often inventive, sometimes idiosyncratic fun. Period. And now Disney has taken it and transformed it into a paean to finding your own bliss that is utterly indistinguishable from every other wretchedly self-congratulatory paean to finding your own bliss that's ever defaced a multiplex. Walter's reverence is supposed to have given new life to his beloved Muppet idols, but instead it's just buried them in the same old shit.