Nick Yemana, the Hope of Mankind

The true star of Barney Miller. 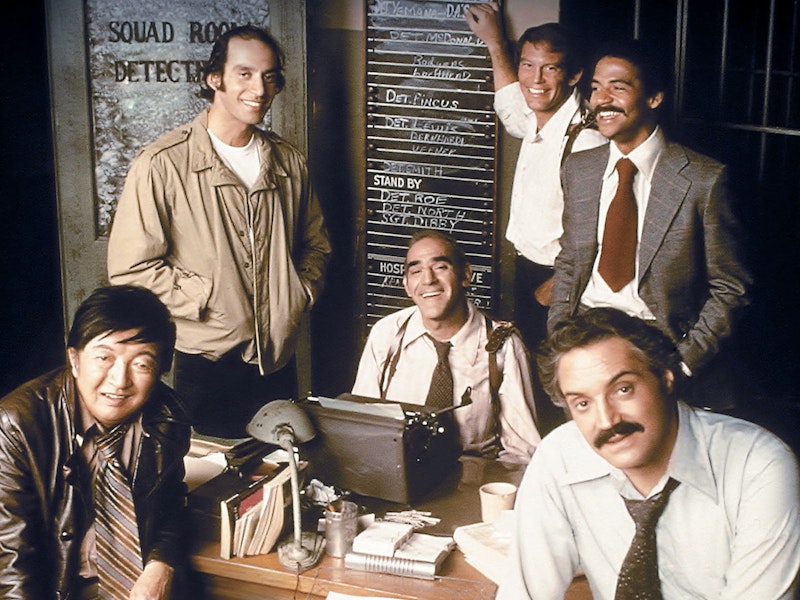 Writing about Sergeant Nick Yemana, I described one of his key traits as being kindliness. Then I wondered. When had I seen him being kindly? He certainly means no harm to anyone. All of the fellows at the station are decent, but his decency is unfailing. Harris can be snide, Wojo intolerant, Fish grumpy, Dietrich cold. Even Captain Miller is snappish now and then; that’s an admirable touch of realism, given his burden of command. But Yemana’s cool with everybody. He can get through a day and never feel anger, contempt, impatience. More than any of the regulars, he figures that everyone has a right, that each individual has a claim to his or her particular spot on earth. This is the credo of Barney Miller and its men. But it’s Yemana’s credo especially.

As so often, the divide between gays and straights brings out the difference. Barney and the men are pondering what makes a man gay. Yemana: “It’s none of my business.” Not that there’s anything wrong with straights or gays wondering what’s up with their counterparts. But there’s something especially right about Yemana’s answer. He wouldn’t want somebody else speculating about what he does with his penis. Well, he won’t speculate about them either. The off-kilter thing, since Yemana’s frequently off-kilter, is that Barney and the guys were speculating in the aggregate, about gays in general. Yemana doesn’t respond that way. But it’s typical that his oddness just leads him into further decency.

On the other hand, to say he’s kindly is to say he goes out of his way to help others. I don’t think he does. Sitting down gay Mr. Driscoll to look at some mug shots, Fish places a friendly hand on his shoulder. A Yemana moment like that? I have nothing. Yet his decency is so thorough that it has the same warmth as kindness. Looking at him, Yemana ought to be a wreck. He ought to moan, the way Fish does. But Yemana likes being alive. One might not expect it, since he’s low-key to the point of being a tree stump. (I described somnolence as one of his traits, and I stand by that.)

Offhand, I can’t remember anything he’s done simply for the purpose of making somebody else feel good.