Is it "Neo-Neo Realism," or just "filmmaking"? 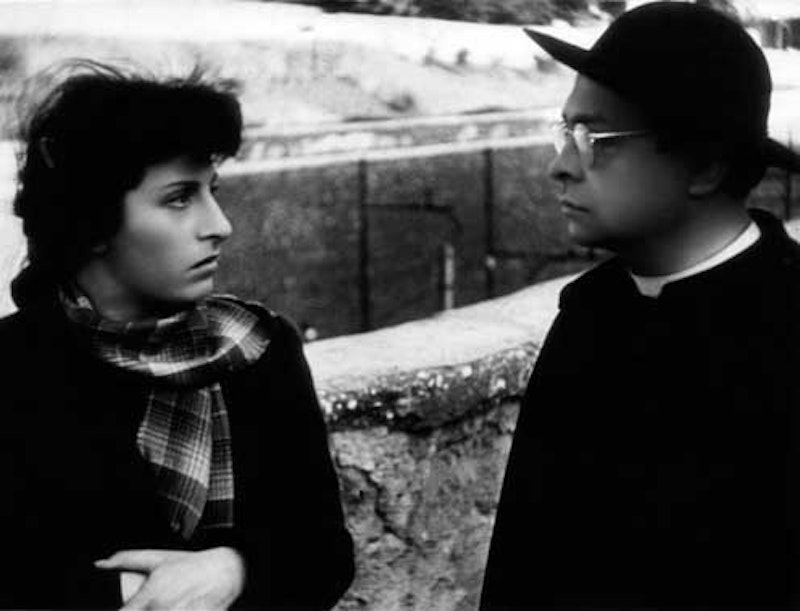 The March 22 New York Times Magazine contained an article by head Times film critic A.O. Scott about the recent “trend” in American film towards unadorned, working-class tales of redemption like those that emerged in immediately postwar Italy. Somewhat confusingly titled “Neo-Neo Realism”, Scott’s piece is a nice note of appreciation towards a few of his favorite recent films, specifically Kelly Reichardt’s Wendy and Lucy, but it stings of that peculiarly New York media tendency to identify a “trend” based on a few similar-looking outliers.

The thesis of “Neo-Neo Realism” seems to be: First the Italians did it, then the low-budget, distinctly un-Hollywood style popped up in America, India, Brazil, China, the Soviet Union and Iran throughout the decades, and now a few festival-approved movies in the last decade somehow imply that, in Scott’s phrase, “American film is having its Neorealist moment, and not a moment too soon.” Following Scott’s piecemeal history, it seems to me that you would either have to call Wendy and Lucy et al “neo-neo-neo-neo-neorealism” or, better yet, just drop the façade and say that a few films made in this country share a couple aesthetic similarities with the work of Vittorio de Sica and Roberto Rosselini. Neither of these options make for good, Times-style trendwatching, however, and so we’re stuck with a clunky thesis and Scott’s oddly intrepid tone while he tries to answer his own question: “Why realism?”

Maybe it’s because of the natural cycle of artistic influence, as Scott seems to claim when he traces the shockwaves of de Sica’s Bicycle Thieves, one of the cornerstone neorealist works, throughout the globe. Or maybe it’s because America’s going through some particularly rough economic and political times now, times that call for the gritty urban settings and concerns of a movie like Ramin Bahrani’s Man Push Cart.  “In recession, as in war—and also, conveniently, in times of peace or prosperity,” Scott muses, “the movies we evidently need are the ones that offer us the possibility, however fanciful or temporary, of escape. […] But what if, at least some of the time, we feel an urge to escape from escapism?”

To clarify: Americans typically like movies that provide us with some thrills to ward off the monotony of daily life, and we especially like them in times when monotony is replaced by visible societal hardship. But times have been super-hard for a while now, what with all the lying politicians and Wall Street fat cats, so what we’re actually hungry for is some kind of anti-escapism—movies that embolden our unease and don’t provide happy endings. Scott: “The benign faith that dreams will come true can be hard to distinguish from the more sinister seduction of believing in lies. To counter the tyranny of fantasy entrenched on Wall Street and in Washington as well as in Hollywood, it seems possible that engagement with the world as it is might reassert itself as an aesthetic strategy.”

The Times and its magazine get a bad rap for essentially being the lifestyle magazine of east-coast “elites,” but here’s a perfect example of a sentiment in its pages that actually is elitist. Scott seems to think that to properly “engage the world” requires a set aesthetic strategy—to wit: less explosions and happy endings = more complex. This not only misreads the Italian films like Bicycle Thieves that he so adores, it also ignores those films’ and their predecessors’ influence on later film. It’s no longer possible to make a neorealist film in the way that Rosselini did in Open City, and not only because that movie had a piercing political urgency that isn’t available to us now. Rather, you can’t make Open City in 2009, or 1997, or 1978, because the artistic approaches of that movie have been so thoroughly absorbed into our filmmaking language.

Scott hints at a few things that help distinguish “realist” film: a focus on the working class, use of nonprofessional (and thus more “real”) actors, “fablelike” storytelling, etc. He sounds like a character from High Fidelity. In Italy, Fellini killed the idea that these kinds of arbitrary aesthetic markers are prerequisites for “realistic” storytelling. First in La Strada and Nights of Cabiria, Fellini introduced whimsy and theatrical settings to his tales of proletariat woe, and those movies are better off (and no less “authentic” documents of human experience) as a result. By the time he got to La Dolce Vita and 8 ½, he was leagues away stylistically from his old collaborator Rosselini, but his work was no less human. If anything, these movies are even more heavily populated with nonprofessional actors and messy emotions than his younger work like Variety Lights and The White Sheik.

Then of course there was the arrival of Brando, and later Paul Newman, that forever altered our conceptions of screen acting. From the method-acting phase onward, it was expected that screen performances, even slight ones, be approached with the same internal, psychologically complex process that was once the realm of smaller, conscientiously “real” movies like de Sica’s. It was in fact Godard’s partial rejection of method acting that gave his own 60s films their rebellious spirit; his characters act self-consciously like they’re in the movies. Now the neorealist spirit is so imbued in our pop culture that the method’s most well known practitioner is Batman himself.

The contradictions to Scott’s thesis are endless. Is Altman a “neorealist”? Spielberg? Wong Kar-Wai? Mike Leigh? All are heavily stylized filmmakers whose respective searches for human truth aren’t limited to the underclasses, or to parable storytelling, yet their films are as moving and emotionally lifelike as anyone’s. They are in fact a few of the artists that have moved us beyond the strict realist conception that Scott still pretends exists. He confuses an aesthetic choice (and, in the postwar Italian case, an expressly political one) with a moral stance and, like a snobby punk fan who only chooses his music based on guitar tone, remains convinced that there’s only one way to honestly explore the human condition in art.

I’m happy that the Times Magazine made an effort to discuss a little film history in its pages, as such discussions are largely missing from the paper’s own daily film coverage, but let’s get the facts straight. “Realist” filmmaking in 2009 is as much a stylistic choice as shooting a movie in black and white—that doesn’t devalue it, but film culture has evolved to the point where, luckily, a number of geniuses have shown us ways of imbuing lavish or explicitly stylized movies with the fundamental tenants of the Italian school. Bicycle Thieves still astounds, and not just for its aesthetic beauty (something that Scott never adequately acknowledges, leaving readers to assume that it’s an amateurish shaky-camera debacle like Frozen River). Rather, it’s a beautiful movie of startling, unsettling honesty and insight, and the best filmmakers since have borrowed those elements for their own ends. We’re better off for it.