James Franco's recent announcement that he'll adapt Faulkner's As I Lay Dying earns him some props—no matter how it turns out. 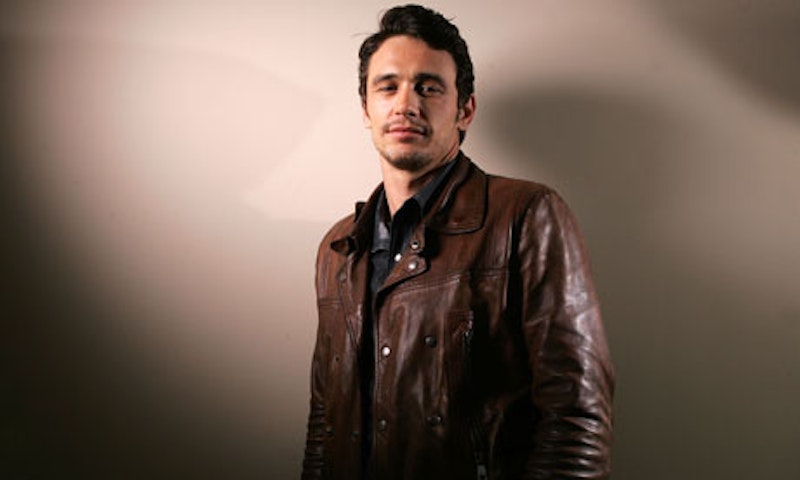 James Franco must be the hardest working man in Hollywood. After wrapping up his commitment to the Spider Man movies in the mid-2000s, which undoubtedly put enough in the bank to ensure he’ll never have to star in another summer blockbuster again, Franco has worked on smaller projects, including Pineapple Express, Milk, and Howl, with stints on General Hospital and 30 Rock, graduated from UCLA, published a novel, attended four different graduate programs (he’s currently enrolled in a PhD English program at Yale and taking classes at RISD), starred in Danny Boyle’s 127 Hours—and I’ll bet anyone he wins Best Actor for it, too—and recently announced he’ll adapt two literary classics, Faulkner’s As I Lay Dying and McCarthy’s Blood Meridian, for the big screen in 2011/2012. He also continues to put on art openings (he’s been painting since he was a kid) and is working on a Broadway production of Sweet Bird of Youth, alongside Scott Rudin and Nicole Kidman.

Franco is obviously trying to right past regrets; he admitted as much at this year’s Hollywood Reporter Actors Roundtable:

I did a lot of movies that I just hated, to the point that it depressed me. It's a weird position because I should be grateful I'm able to work in films. But I hated a lot of those films. So for a long time, there were huge regrets. But it made me reorganize my life, view my life in a different way, approach movies in a different way, pursue other things that I was interested in. Doing those films—the bad ones—changed my life.
Fair enough. Freaks and Geeks is about as good a career start as I can think of, but I guess The Ape was no stunning cinematic achievement, and I can only assume he took a cameo in The Wicker Man as a favor to someone.

I’ve heard some say that Franco isn’t up to the task of adapting Faulkner’s classic: he’s too novice a director or too shitty a writer to pull it off. Granted, he doesn’t have much in the way of directing credits. And okay, his novel may not have been the best book I ever read (and by “read” I mean, “read reviews of”), and I’ll let Giancarlo Ditrapano tell you why, but it’s not like Franco can’t write, or is an idiot, nor is As I Lay Dying un-filmable. Faulkner, as a former Hollywood screenwriter, tended to construct his novels within a certain cinematic framework, and no more so than in As I Lay Dying, 59 chapters of monologue that’s worked as a successful stage play on many occasions.

Who knows if As I Lay Dying will be any good, but if nothing else, with the 2011 Hollywood release list including titles like The Green Lantern, Spy Kids 4, and a remake of Footloose, let’s applaud Franco for some pretty risky artistic decisions. There’re certainly safer bets to make.