From The Jungle Book to Captain Fantastic. 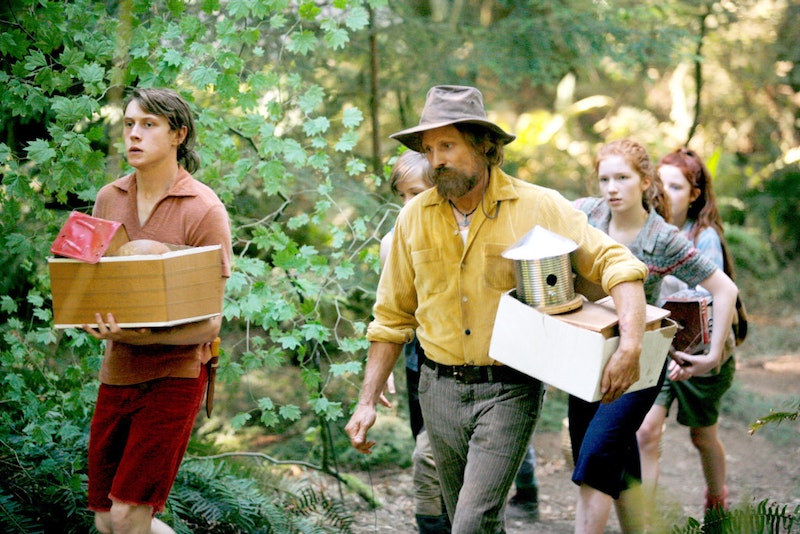 Ever just want to get away from it all? Like, right now? Summer’s the time we plan our escape to the woods or beach, where we can leave behind the stress of adulthood and reboot our souls amidst the natural world. This summer, the movies have you covered with a bevy of films about people living off-the-grid and deep in nature, from blockbuster hits like The Jungle Book to box-office bombs like Free State of Jones and indie arthouse gems The Lobster and Captain Fantastic. These films give new meaning to “escapist” cinema. Throw in Pete’s Dragon, Hunt for the Wilderpeople, and The Legend of Tarzan, and you could spend your whole summer exploring the outdoors without ever leaving the cool comfort of the cinema.

Fantasizing about off-the-grid life is nothing new in film. From Swiss Family Robinson to Into the Wild, movies have provided an outlet to explore our anti-social tendencies. But the sudden surge in these types of stories must reflect something specific about our cultural moment. From the increasing realities of climate change to an epidemic of mass shootings, the last few years have been marked by increasing anxieties about the state of the world and the inability to fix it. Surely, it’s worse in 2016, when a toxic election season has left purists on both sides of the aisle searching for third-party alternatives. From blockbusters to indies, our movies have reflected these anxieties and all the various forces from which we desperately want to escape.

For some, the issue is government run amok. The protagonists of Wilderpeople are a New Zealand juvenile delinquent and his grumpy new foster dad who, after a series of misunderstandings, must spend a year in the backcountry to escape the authorities, personified by a mean, mole-faced social services lady. In the dystopian The Lobster, the hero joins a community of rogues living off the land to escape a society in which newly-single people are forced to fall in love within 45 days or get turned into an animal. In both cases, living in nature isn’t just a vacation. It’s the only place they can live freely.

Newton Knight, the real-life hero of Free State of Jones, obviously feels the same. A Confederate soldier who becomes disillusioned with the war, he deserts and starts his own state deep in the swamps of Mississippi, where the army can’t track them. There, he sheds the shackles of the system. Poor white farmers live as equals with escaped slaves in an idyllic system. Although the old divisions eventually start to creep in, the film spends ample time luxuriating in his wooded utopia.

The lead character in Captain Fantastic is also averse to political divisions. The film is a burnt-out professor’s fantasy, in which a family of seven escapes from society and live deep in the forest of Washington state. The film frames itself as a political manifesto—their lifestyle is irresistible, a fun-filled romp that makes “normal” society look like a prison—but their actual ideology is hard to pin down. They hunt their own food, make their own clothes, and train for survival. But they also read Noam Chomsky, conduct campfire sing-a-longs, and ride around in a hippie bus named Steve. Are they Duck Dynasty or Bernie Bros? With their mishmash of political leanings, we never know quite what they are escaping from.

For all the passion for escape that films exude, they also reflect our collective ambivalence over truly leaving society behind. The parental figures are typically punished for their utopian visions. The father in Wilderpeople ends up in prison for child endangerment, while the patriarch in Captain Fantastic comes to realize how unprepared he’s left his children for the real world. He eventually lets his oldest son go to college, which the film frames as a necessary surrendering of his ideals. Even the fierce satire of The Lobster doesn’t commit to its anti-social ways. When its hero, a schlubby divorcée played by Colin Farrell, escapes government control by joining his community of backcountry vagabonds, but they, too, suffer under the despotic rules of a cruel authoritarian (Lea Seydoux). In society, love is required, but in his new community, it’s forbidden. Even in escape, the film argues, oppressive systems are inevitable.

If these films end up mixed on the idea of leaving society for greener pastures, so, too, is our citizenry. Throughout the primaries, 2016 was known as the year of the political outsider, with Sanders and Trump tapping into anti-establishment sentiment to stun the punditry class with their success. But that energy has largely faded. Sanders has moved to the background, and the odds of Trump’s revolution reaching the White House get longer by the minute. The impulse to abandon the old system completely and return to an uncorrupted form of governance—a metaphorical version of “moving to the woods”—has largely dissipated. At least we have the movies. While living in the wild may sound enlightening, we are clearly more comfortable in the safe darkness of the familiar.