And get your ass in a dream office. 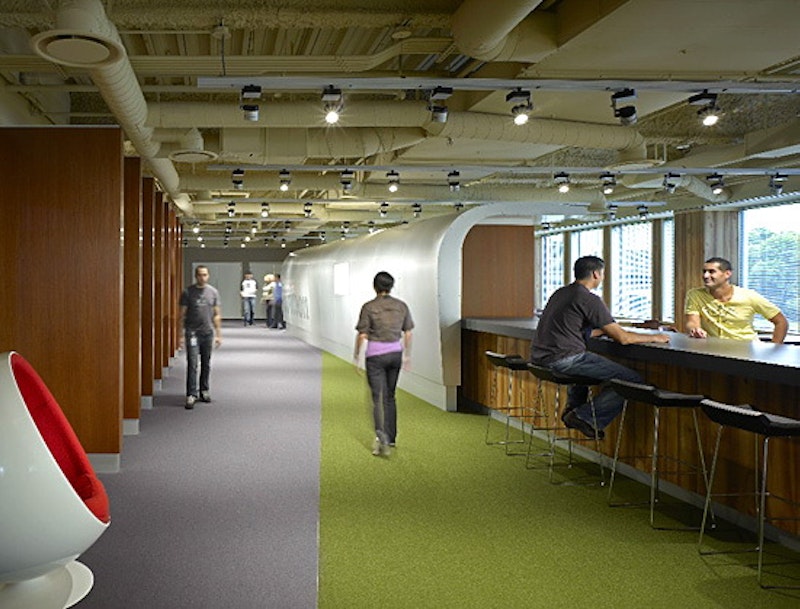 Many young upwardly mobile professionals have a love-hate relationship with nettwerking.

Sure, once they're actually "in the game"—actually at that happy hour, seeing the gleam in the eye of that potential boss as they shake and shake—nettwerkers often come to enjoy the process. But before the gyrating begins, most will tell you that they find the whole business of nettwerking a serious pain in the rump.

I spoke recently with Amanda Byron, a recent college graduate and aspiring museum administrator, before an art curators' nettwerking event at the Guggenheim Museum in New York. "It's just so off-puttingly transparent," she said. "Long before the first thrust, the person you want to nettwerk is awkwardly aware of the whole reason you're even bothering to shake it for them. A couple of weeks ago, I was at a nettwerking event where I started to bounce for this museum exec, and within three seconds she was looking at her watch. I mean, I was nettwerking my ass off, but she didn't care. And why should she? The whole thing's an exercise in sweaty, stanky narcissism."

Andrew Maxwell, a 25-year-old who’s hoping to break into advertising, told me, "I hate it. But it's necessary. I've even started doing stairs at the gym instead of running to give myself that extra cushion. I just feel like the whole thing kinda sucks, but in this job market you've just gotta nettwerk however you can, the hardest you can."

But according to some experts, nettwerking doesn't have to "kinda suck" at all.

NYU Career Services Associate Alex Hardaway has seen the entire spectrum of nettwerking. And thankfully for the reluctant nettwerkers out there, Alex was willing to share his three steps to successful nettwerking with me in a recent interview.

First, Alex said, "Keep it natural. Go for an authentic connection. You're right that nettwerking can be uncomfortable... if you make it all uptight and only about getting a job. Next time you spy a prospective employer at a cocktail party, try going up to him/her and twerking just for its own sake. I mean really just cut loose and let the cheeks fly. Chances are, he/she'll be pretty pleased."

Second: "Don't make it all about yourself. Ask them to twerk a bit for you! See what moves they've got; ask them what songs really make them wanna twerk their faces off. They won't come out and say it, but they really want a chance to move their butts too!"

Third: "Then, keep an eye out. Once you're both moving, you don't want to get so caught up in twerking that you miss a real job opportunity. So, as you shake and bake, be ready to delicately—even mid-twerk—place a mildly assertive comment such as, 'Truthfully, I could be a huge ass...et to your office.'"

So there it is. Shrewd nettwerking should be natural, selfless, and then decisive. Follow these three easy steps, and before long your buns will be firmly planted in the office of your dreams.