Sometimes it’s the only way to make the site tolerable. 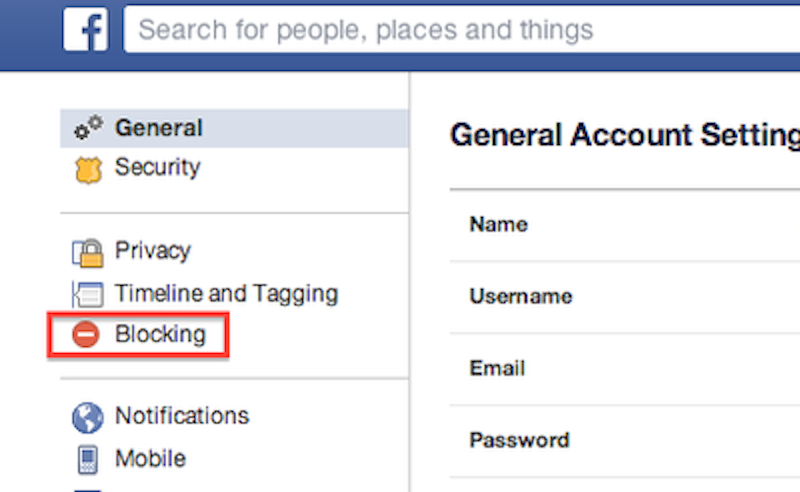 Last year I wrote an article called “10 Things I Hate About Facebook,” and all of them still apply. But it’s clear that years continue to go by and we still have to be on Facebook, so it’s important to develop strategies that help endure what can be a time-sucking, soul-sucking huge mass of misery.

I joined Facebook October 5, 2007, about a year after it opened its doors to the public on September 26, 2006. This means users are now on Facebook for the seventh year. And who among us isn’t feeling the seven-year social media itch? God knows I’m not faithful to Zuckerland, preferring at first Twitter, now mainly Instagram. But it’s that old “chore” thing; we’re compelled to check Facebook every day to see what close friends and relatives are up to, see if we’ve been tagged in anything embarrassing, see how many people liked our latest article (whoops, is that just me?).

The delicate art and holy triumvirate of Facebook hiding/unfollowing/blocking is how I help manage my hatred for the social media behemoth. Facebook has called these actions different things over the years, and it does take some getting used to, but you mainly have to trust that Facebook isn’t going to put it on your “friend’s” timeline that “Mary Theresa McCarthy hid your posts, unfollowed you, and briefly hovered over the ‘block’ button for a second but decided against it for now.”

The secret to Facebook actually lies in an invisible arrow. If you’re viewing Facebook on a computer screen at least, and you watch your news feed, you can hover your browser over the right hand corner of any given post in the feed and the arrow will magically appear. Upon clicking the arrow, the wording of the options has changed over time. You used to be able to “see less,” more, “only important” posts from this user, etc. Now there is a simple but vague “I don’t want to see this” button, which I guess erases the post but doesn’t change notifications. You can also choose “Unfollow (name of user)” which simply means the person’s posts won’t be in your feed anymore. And then there’s an option to hide all notifications from a certain app; for example, if you’re seeing every single godforsaken action in your friend’s suspenseful Candy Crush Saga game, you can select “Hide all from Candy Crush Saga.”

Most people are satisfied with simply hiding the posts of “friends.” I will admit that, with more than 4700 “friends,” a vast majority of them are hidden. I tried managing “Favorites” lists but that was a pain, and I didn’t want my Facebook feed to be too cluttered or boring, so I simply started hiding feeds of people on Facebook who annoyed me: oversharing parents, over-sweepstakes players, neighborhood people who post pictures from parties I’m not invited to.

5000 is the friend limit on Facebook, and I always figure when I hit it I’ll try to find a list of people I’ve hidden and simply unfriend them; hell, chances are they hid me from their own feeds years ago, so why are we “friends” anyway? Hiding is basically the polite, socially acceptable way not to unfriend someone and potentially hurt his or her feelings.

Blocking is taking things to the next level. To me, you have to have a reason to block someone. They fired you, broke up with you, had a tough breakup with your close friend or family member, or started getting creepy with the poking and private messages. You have to never ever want to see them again and never ever want them to see you or your feed again. It’s a dramatic act. You click on their page, and this arrow in the upper right hand corner is not invisible. You have the option to “Report/Block” and I guess if they’ve creeped you out too much, you can report them. Or simply block them. You’re invisible to each other now. They only way the person might know they’ve been blocked is if they know their exact friend count and it goes down by one and they can somehow figure out who it was, and the other odd way is if you and the other person are both tagged in something, and the other person has blocked you, it will show that person’s name but you won’t be able to click on it.

I have a “blocked” list of 20 people or so. I have a fantasy block list of another 20 or so people who are now hidden but might one day end up blocked only because it’s almost friendlier in a way than unfriending: if you unfriend someone, they can still see all of your stuff but the awkward “Add Friend” option hangs in the air as awkwardly as someone yelling “Fuck!” at a Sunday Catholic Mass.