Being Weird Isn't That Great 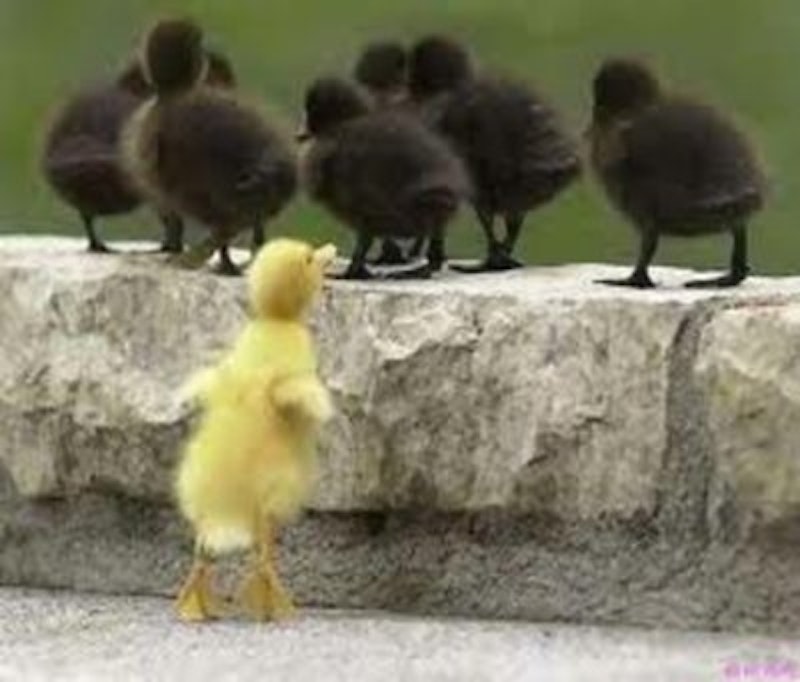 BuzzFeed is a decent guide to what middle-class kids in the cities and suburbs are telling each other. So here's a listicle entitled “13 Reasons Why Not Fitting In As A Kid Makes You An Awesome Adult.” The idea, a very familiar one, is that it's good to be a misfit because misfits are original and think for themselves and end up doing noteworthy things. The listicle captions tell us that, “the 'strangest' people end up leaving the greatest mark on the world” and that “the greatest people you will ever meet are weird too.” And so on.

I guess neglected, sidelined kids in high school need to be told something, and it's true that some big names started out as odd ducks and stayed that way. The roster is familiar: Thomas Pynchon, John Lennon, David Byrne, Jack Kerouac, Steve Jobs, so many others. But if you're unpopular, the odds are low that it's because you're a genius or near-genius or even just a person whose intellectual gifts or moral courage demand more than a second glance.

There are a lot of unpopular people in the world. There aren't so many remarkable intellects and blazing spirits. Of the few people I've known who were brilliant and/or bold, I'd say the split between misfits and fitters-in would be 50-50. Yet I've run across many, many people who have trouble getting others to spend time with them. This bunch included people who were dull, people who were self-absorbed and people who didn't have much energy or confidence. There were a lot of them.

“You’re ready to handle what the world throws at you,” the listicle says. But you aren't, because people who are short of love and attention tend to become off-balance and desperate, not serene and focused. “Not having any game during high school forces you to fine-tune your charm in different ways,” the listicle says. Well, no. Game is charm, and charm is liveliness and a knowledge of how to please. Which isn't always a good thing, of course. But if nobody wants to be around you, most likely you have no charm to fine-tune.

The listicle: “You are wise beyond your years.” Again no. If you have trouble dealing with people, you get less practice in dealing with the many views and needs that exist outside your stuffy little skull. “Weirdos always grow up to rule the world.” Come on. It isn't true and it sums up what's so dreadful about the “go, weirdos” philosophy. Only assholes and losers want to rule the world, and most people, even in high school, aren't one or the other.

“Weirdos rule” is a case of cultural hegemony. The outcasts look at the cool table and tell themselves that life will be okay once they get a bigger, grander cool table of their own. There's Justin Timberlake, waving them over. “Everything that you get picked on for or you feel makes you weird is essentially what’s going to make you sexy as an adult,” he says, as quoted in the listicle's wind-up item. “Everything”? No, that isn't true. “Sexy”? Don't count on it. Really, don't count on inspiring people to want to have sex with you. It's not the most common trait, and many fine, interesting people are almost entirely without it.

Don't tell yourself you're going to be glamorous because you're different. Don't count on sitting at a table while all eyes turn to you and your buddies. Learn that you're not an outcast as long as you're with friends you like, and that if you can't find any it may not be the fault of the cool kids or your mean gym teacher. Forget about coolness and concentrate on being worthwhile. As a first step, stop taking advice from listicles.