Treated with kid gloves by English-language press in Tokyo. 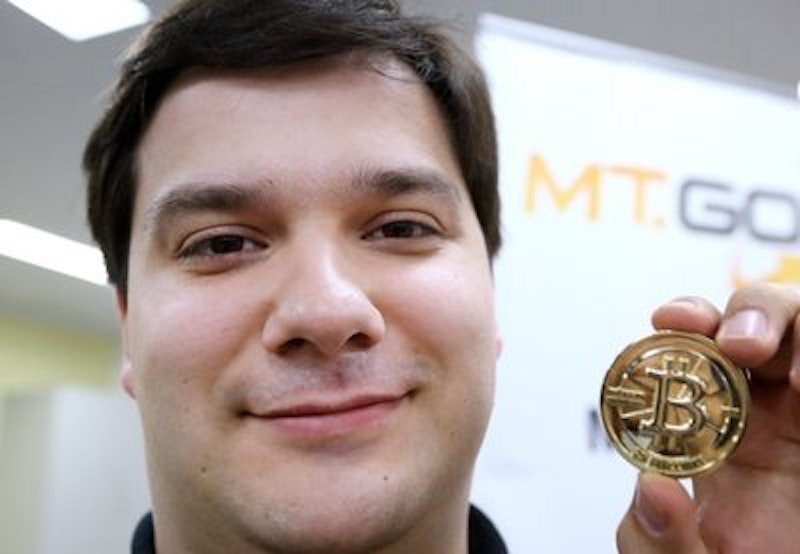 Last week Japanese authorities charged Mark Karpeles, founder of collapsed bitcoin exchange Mt. Gox, with corporate embezzlement, some 20 months after his company suspended all of its operations and took down its website. The owners of the 850,000 bitcoins worth nearly $500 million that disappeared were told that it was the work of hackers. They stand virtually no chance of ever recovering their investments.

The saga of how Karpeles, a computer nerd from France with a checkered past, became the head of what was once the world's largest bitcoin exchange is a long and unlikely. He’s clearly the "computer genius" type who didn't fret much over mundane matters like reconciliation accounting, but is he just a genial tee-shirt wearing schlub who didn't pay enough attention to the nuts and bolts aspect of his business while allowing nearly half a billion dollars to slip into the ether?

From the time the Mt. Gox story broke in February 2014, I noticed that the narrative of Karpeles as an innocent, hapless geek victimized by hackers was the one coming from the English-language press covering Tokyo. This was in marked contrast with my immediate suspicion that something more nefarious was at play. Karpeles, it seemed to me, wasn't properly scrutinized by the press as someone who’d allowed a king's ransom to slip away on his watch.

And that was before I had heard about Karpeles’ legal troubles in France before he moved to Japan, and also again in Japan prior to the Mt. Gox affair. He was sentenced to a one-year prison term in France in 2010 for fraud (involving computers), but didn’t serve a day, as he’d already left for Japan when the verdict came down. Having avoided French authorities, Karpeles was sued in Japan in 2012 by a customer who had paid him 15,000 euros for a website that he never built. A Tokyo court ruled that Karpeles had to return the money.

Clearly, Karpeles had no clean slate when all the money disappeared, and he’s not entitled to even the slightest benefit of the doubt from a journalistic perspective, but I didn't see many reports referring to his documented ethical shortcomings coming out of Tokyo. Take, for example, Jake Adelstein, a Tokyo-based "investigative journalist" who tweeted out—very shortly after the news broke—that he was sure Karpeles was a "nice guy."

In the same tweet, Adelstein links to his article in the Daily Beast, where he writes (based on an interview with one unnamed former Mt. Gox employee): "According to the former employee’s testimony and other expert analysis, it seems very likely that the collapse of Mt. Gox was not a criminal fraud but the result of poor management, faulty accounting, and system bugs that went unfixed many months after being recognized by the CEO himself." Who the expert analysts were wasn’t mentioned, but what sort of investigative journalist reaches this conclusion before the dust has even settled based on a single interview and a panel of anonymous "experts?"

Another Daily Beast article that Adelstein contributed to contains an interview with Karpeles. One of the questions: "What are the five things you like the most and hate the most"? From this we learn that Mark likes computers, courtesy, and apple pies, while disliking mushrooms and fish. The Daily Beast reader was treated to something Playboy centerfold girls are normally asked in what was being billed as reportage on a major suspect in a massive fraud case.

Fast forward to August 4, 2015, where on the Japan Subculture Research Center website (Adelstein's personal blog), you can read that, while Karpeles was being detained for questioning by Japanese police, Adelstein was taking care of his cats. As Adelstein awkwardly put it, he was his "pussy manager." You can also learn that Adelstein has been writing a book about Karpeles. I wonder who the main source for the book will be?

I'm not aware of many investigative journalists who refer to themselves as the "pussy manager" of a suspect in a major cyber-crime—a person the public (not to mention the victims who had their money stolen) expects them to be investigating. Someone who may yet turn out to be the culprit in the disappearance of every one of those 850,000 bitcoins.

On his personal blog, Adelstein recently wrote: "It's clear that Mark Karpeles’ management of Mt.Gox was sloppy and security was poor." That's as hard as he's willing to go. Seems like those two are tight now, and I've got the cat pics to prove it. I'll sure know what reporter to turn to if I ever start feeling I've lost my objectivity and start to think Karpeles is a really bad guy.