The number one rule of the Internet. 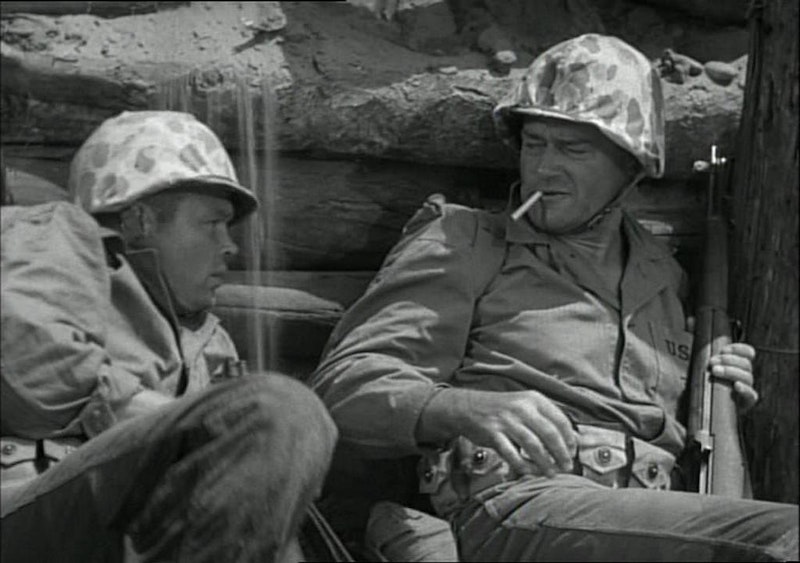 When the Internet was in its inchoate stages, there were so many dreams. Hope abounded that it would promote a democratic exchange of ideas in a forum open to all, with no mainstream media gatekeepers. Some of those dreams did come true. Pioneers like Matt Drudge, who started with little more than a computer and an Internet connection, became huge successes based on pluck and determination alone.

Along with online publications came the comments section, meant to give readers instant access to writers and fellow commenters. There would be no more submitting a letter to the editor and going through that lengthy process where your words were vetted before making it into print. You could say anything you wanted to say, and you'd be published by hitting the "post" button.

In the idealized version of the Internet, the comments section would be the place where grand colloquies would take place. Ideas would be exchanged in an open give-and-take, and the truth would emerge through a dialectical process that would make Socrates proud. You know, like we were all going to be flying to work every day in our jetpacks by now?

It didn't work out like the earnest early adapters hoped. That's an understatement, as one thing you often hear on the Internet now is that the number one rule is "stay out of the comments section." I've seen it called the septic tank of the Internet. Not only did this new opportunity to give everyone a voice fail miserably in its original mission, it’s now become a toxic place to actively avoid if you don't want to feel some sense of spiritual pollution.

Anything can become debased on the Internet. For example, some time ago, I started playing chess online, choosing (wrongly, as it turned out) Yahoo Games as the platform for my hobby. One might think that the chat room in a chess forum would be a place where en passant moves and queen sacrifices are discussed, but quite the contrary. I never saw this happen even once.

The level of vitriol and viciousness represented in the Camel room of Yahoo chess was stunning. It got to the point where people were doxxing their foes, and even calling each other's bosses and tattling on them. In one memorable case, the boss of an attorney who was a regular in the room installed a firewall to keep him out of it after receiving a call revealing the work hours he was spending there. This was the online version of Lord of the Flies.

The anonymity and lack of social standards on the Internet often produce an atmosphere similar to a sixth grade unsupervised recess. The outliers get to play their games, for a time, with no penalties imposed. When I, for a very brief time, would look at the Gawker comments section, I once saw an individual who thought a story about someone who received third-degree burns over much of his body (he was not a villain in any way) as hilarious, simply because the accident that caused them had a certain element of "humor" on the surface.

Two of the archetypal Internet personas are the dithering "crazy uncle" type and the John Wayne keyboard tough guy. The former is the one who talks about chemtrails. He uses whatever he’s responding to as a pretext to bloviating about his pet theories. The John Wayne game is to call the writer out. He's there as an enforcer. A self-important representative of this type tried to "debunk" a personal essay I wrote about why I left my corner bar, trying to pin me down on the "facts." This is obsessive behavior, but you really don't get much "normal" in the comments section.

Nothing gets accomplished because the general commenter is not trying to accomplish anything other than self-satisfaction. They’re there to call attention to themselves in way that involves a minimum amount of effort. No standards of civility are observed because nobody really wants a discussion.

If a serial comments section pundit were to take stock of himself, it might give him pause to know he's in some pretty unsavory company. I refer, once again, to the "septic" reference. If you're prowling the daily output of a single publication for an opportunity to pontificate, is this really who you want to be?

If, after you have dropped 100 or so comments on one publication, maybe it’s time to go off on your own. Think of it as having completed your apprenticeship. Start a blog or get a media outlet to publish you. I know it takes extra work but make the effort of actually doing it yourself, instead of acting like you're in a NASCAR race, drafting in someone's wake. Or maybe just find a new hobby that might provide you with some real satisfaction. There's a reason why most people with any sense won't go near the comments section anymore. It's because you're in it, and they've all been scared off.