Life Is Strange: Just Do It. Play it. 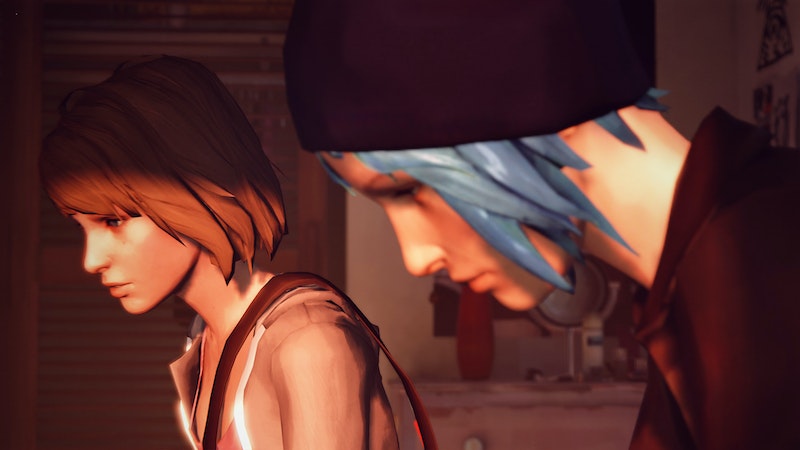 It’s been a couple of months since I’ve sat down and actually finished a game. The PS4 is still neglected, the 3DS is sitting on the shelf, and the Steam account on my desktop has been relatively inactive. Other than creating an entire town filled with only Jon Snow look-a-likes, I haven’t really put aside the time to devote myself to a new title.

While still slightly jet-lagged at four a.m. and aimlessly scrolling through Twitter, I saw a tweet from a friend of mine who was raving about a game called Life Is Strange. I was vaguely aware of it: back in January it made news because the game found a hard time finding a publisher. The main protagonist was a teenage girl who had a traditionally male name. It peaked my interest, but I was knee deep in self-pity and watching re-runs of The Office in the dark. In a better state of mind after moving back home wth my parents, I sent out a tweet to my friend Rick asking about the game. After going back and forth, he suggested I play it. “I would, but I don’t have money.” Then he said the sweetest words: “I’ll give you access to my Steam library.”

With newfound enthusiasm, I downloaded Life Is Strange to my PC. It’s episodic, with a total of four out of five episodes that are currently available to play. The studio that created the game, DontNod Entertainment, is a French video game development studio based in Paris. My excitement for the game increased as I impatiently watched the download progress slowly inch toward 100 percent. I shot a quick thank you text to Rick before putting on my headphones and clicking start.

You play as Max, an 18-year-old photography student who attends the prestigious Blackwell Academy in Arcadia Bay, and realizes that she has the power to rewind time. Without giving away the bigger story elements, your goal is to find out what happened to Rachel Amber who disappeared six months ago. Your sidekick is Chloe Price, a childhood friend who you reconnect with. It’s a fairly easy game to play. I especially like a certain mechanic where anytime you want to interact with something, it’s outlined in a squiggly white line that’s reminiscent of a teenager’s sloppy notebook doodles. When you want to interact with an object or person, it’s highlighted and then you click and drag your desired action as opposed to just clicking it. Even though Max can rewind an action if shit hits the fan, it’s a refreshing change from the monotonous clicking of the mouse.

I played the four available episodes within the span of two days. Each one runs around four hours, depending on how you choose to play it. If you’re anything like me, you’ll take the  time to explore every nook and cranny of the game, talking to every character, and reading all of the in-game journal and text messages. Life Is Strange is a great addition to the graphic adventure genre. The choices you make as Max make an impact later on in-game, and the relationship between her and Chloe is well-written. The love they have for each other is perfect. This game has a few topics that hit home for me: there are sensitive issues like bullying (on and offline), mental health and drug addiction, and suicide.

I’ve really enjoyed Life Is Strange. There are a handful of diverse characters (not enough in my opinion, but much better than most AAA games on the shelves) smooth game mechanics, and am engaging storyline. If you decide to buy the game and play it for yourself, be prepared to laugh, cry, get angry, and then cry again. The next and final episode is slated for release in October and currently markets for $19.99 if you choose to buy the season pass.