If they keep pissing everyone off, it’s going to be a graveyard. 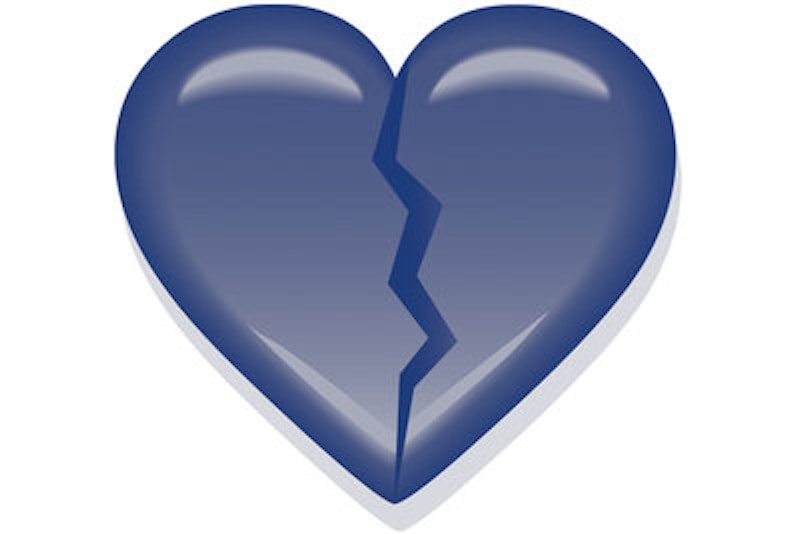 I’m certainly not alone in my general hatred of Facebook. A few engaging conversations and the convenience of communicating aside, a visit to my news feed is generally an onerous chore. I’d honestly rather do laundry. Though many of us have learned the art of blocking/unfollowing/hiding in order to make our feeds less miserable, Facebook itself seems determined to screw with our feeds more and more each day.

They’ve been through a few revisions to their algorithm. Last August Facebook announced the goal of “showing more high quality content,” and last month Forbes reported another change to the algorithm, noting, “Facebook has long applied a complicated algorithm to determine what you see and who sees your updates.” The change last month annoyed the site’s users, who complained about the bizarre ranking of items in their feeds.

And Facebook has done it again not even a month later.

In a great (if depressing) Salon article by Alex Pareene this week called (exact headline; there was no capitalization) “Wow. Facebook just did something amazing to crummy meme sites. And what they do next might shock everyone” we learn that the algorithm for how things rank in our news feeds has again been altered:

“There is a decent chance that this change will in large part determine what you read on the Internet in 2014... The purpose of the Facebook change was to encourage the sharing of more “high-quality” news content — that is, to make sure you are more likely to see it when 'high-quality' news content is shared, because Facebook’s news feed algorithms do as much hiding as highlighting — and the result seems to have been an immediate decline in the traffic of all the sites that spent 2013 mastering the art of blowing up on Facebook.”

“Viral publishers” like ViralNova, Upworthy, and BuzzFeed stand to suffer from the subjective restructuring of the algorithm, though BuzzFeed seems to be buying their way into news feeds. Mental Floss has mysteriously garnered the favor of the almighty Facebook, and apparently has benefitted from the changes.

Facebook is starting to feel like Big Brother. Even Google, when making changes to their search algorithms over the years, and although these changes affected the traffic of many websites, never felt so overwhelmingly omnipresent as these latest changes from the social networking behemoth do. Coupled with stories of Mark Zuckerberg’s sense of “we just cared more” bravado, offset as it is by recent news of his large charity donations, you just can’t help but get the feeling, as the average run-of-the-mill Facebook user, that we are seeing what Zuckerberg wants us to see in our feeds more than what we actually want to see.

“It’s easy to read into this a slightly ominous message: This is Facebook’s Internet, and the media is just attempting to find a way to sustain itself in it,” says Pareene.

If that’s not true, why wouldn’t Zuckerberg let us have more control over our feeds? Sure, we can block and hide people and apps and unfollow pages, but there is no real way for us to train Facebook (like we do with, for example, our Pandora music mixes) to intrinsically know what we want to see. For example, when we hover over the invisible arrow on the upper right hand corner of a story in our news feed? It would be great if one of the options was “see more stories by _____.” I’d love to open my news feed and see the few actual real life people whose statuses I enjoy, and news from the pages I like following. Facebook “gave” us movies to celebrate its 10th anniversary last week. It would be nice if they gave us some control over our own news feeds instead.