I May Have Cyber Tourette's 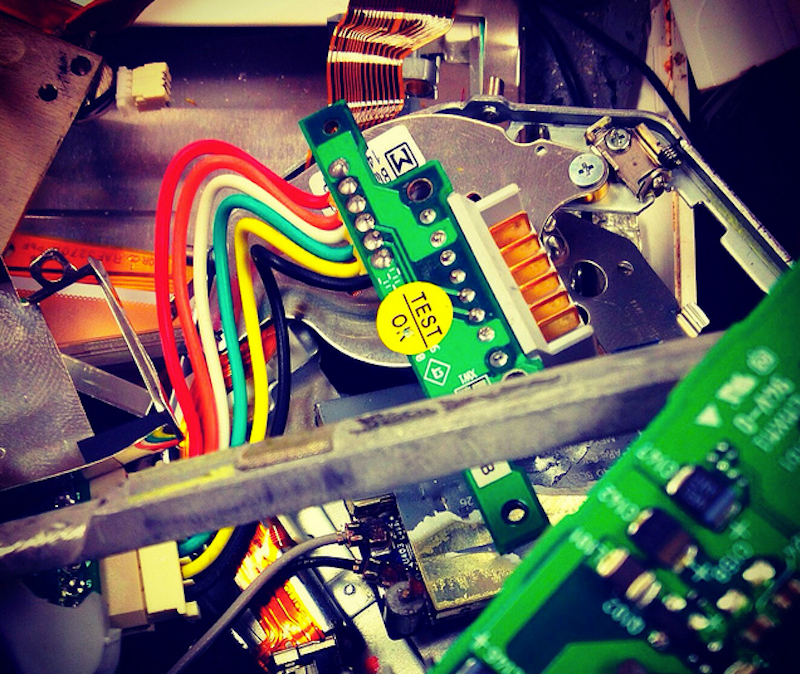 “You monster, you piece of garbage, you bloody stupid waste of time! I’ll kill you! I’ll smash you to bits! I’ll get my baseball bat out, go to work, toss you off the roof, laugh at your mangled wreckage! Then you’ll see how this feels!”

That’s the cleaned up version. For the last month or so, I’ve been frightening the roommate and frequent visitors to my house in Lynden, Washington with these outbursts. They’ve become so frequent people are starting to get used to it. Which is good, I supposed, because the philippics may not soon cease.

My blue streaking is part gut instinct, part conscious exasperation. I hate my computer. Cursing it is cathartic, even if it occasionally triggers a “Who, me?” reaction from startled friends. It’s a small, demonic ASUS number that I bought a little over a year ago. A working laptop was a must for a business trip and I couldn’t get a repurposed MacBook shipped in time.

It’s been a sharp kick in the shin with cowboy boots ever since. The pain started with a game of hot potato between Best Buy and Microsoft over a passcode for Office that didn’t work. This was resolved finally by going to the checkout line at Best Buy, demanded to speak to the manager, and telling him, “I’ve been getting the run around from your company and Microsoft for two days now. I will be civil, but you need to fix this problem.”

Now, if you assumed that the manager setting things right, overruling a snotty returns girl in the process, would be the end of this tale of Tourette’s-inducing woe, then you suffer from dangerous naïveté about the world Bill Gates has given us.

The computer is about par for the course these days, which means it’s awful. The mouse pad spontaneously stopped working and could only be restored by a Geek Squad employee. The battery decided to stop charging and Best Buy is not willing to install the replacement in-store.

Its software is buggy and fast degrading. Slow Internet connections become major ordeals, as the computer shuts down with SPOOLING error messages. Documents have to be constantly saved to safeguard data against random shutdowns, and I continue to back things up on a thumb drive and email them to myself just in case.

Lately, it’s gotten worse. I tried to show the roommate’s girlfriend a piece I was working on and the laptop shut down. Twice. She wasn’t doing anything more than trying to scroll down. It’s no longer capable of awaking from sleep more than once without erroring out.

Well-meaning friends tell me I should get to the Apple store, pronto. They make many good points, and I may end up doing that. But MacBooks have their own set of issues. Thursday, in my inbox, I received a message from “Applestore” telling me “Your account is temporarily frozen: verification required.” This could be about my long-ago iTunes account that’s been hacked or it could be a scam aimed at draining my bank account. Either way, it’s an omen.