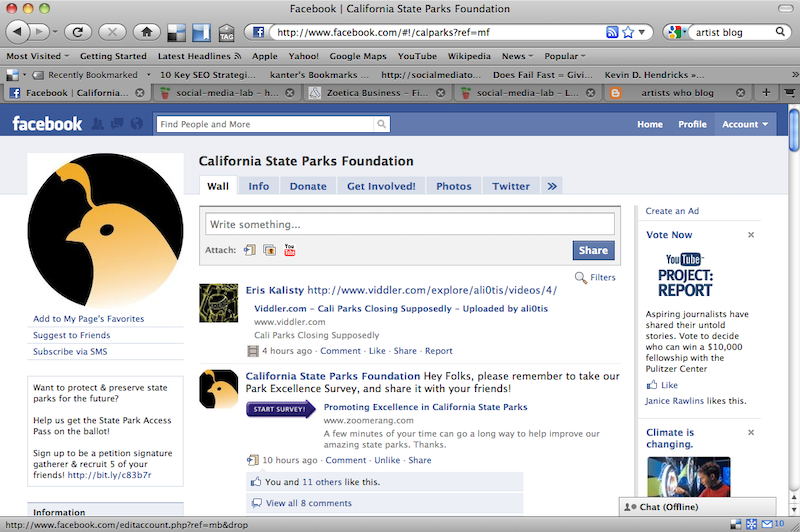 I love Wired magazine. It’s one of the few print titles that consistently maintains its worth in paper, and I’ll read it until it inevitably decides to move its entire operation to the oft-fetishized iPad. Wired’s writing is consistently interesting, inspiring, and graceful, so I’m forced to question their decision to place their one-page “The Great Facebook Do-Over” opinion piece on their cover—especially when it’s such a horrible, selfish idea. Writer Steven Levy proposes the intensely unlikely idea that Facebook announces a day in which they cut every Facebook user’s Friends List to zero so that we may all start over again, minus our unwanted contacts. Our “true” friends will immediately seek to befriend us again. “If you set something free,” and all that.

Why is this kind of action necessary? Because Levy cannot seem to manage his own Friends List.

Levy presupposes that Facebook snuck up on everyone, as it did him, and thrust an unwanted barrage of digital acquaintances into the collective craw of humankind, and now, we are choking on the influx of information, or prevented from expressing our own information as we see fit, which is apparently inexcusable in this age of forced radical transparency. How can we be expected to click on those infinitely weighty “accept” or “ignore” buttons when Facebook has become such an instrumental presence in our everyday lives? And what do we do when we’ve become electronically enmeshed with the undesirable: those one-night stands, those elementary school cubby partners, those dreaded former co-workers who so stealthily weasel their way into out Friend Feed? And whom are they connected to? The possibilities keep Levy up at night.

It’s true, Facebook friends are like vampires in many ways: they can only come into your home if you invite them in. Once inside, you can either establish a mutually beneficial relationship, or they can drain you. How you handle this is an exercise in diplomacy and requires knowledge arcane spells, your local produce section, or some allegiance with a greater demon.

There’s a secret to maintaining a Facebook profile that is beneficial, profitable, and rewarding for everyone involved: be merciless. Because you, Levy, lack the stones to hit the “Unfriend” button, an unmitigated friend holocaust is certainly unnecessary. Should someone begin to question why they no longer have access to your scintillating photos of sunsets and model railroad conventions, there’s always a catch-all answer to solve all of your Facebook disconnection problems:

Fuckin’ computers, how do they work? I’ll venture a guess that the complicated system of elves that run data to and fro through the Internet’s many tubes stumble now and again, and therein lies your infallible escape. To suggest that everyone need their digital bottoms wiped by Papa Facebook is a bit ridiculous. Should we all get a series of painful rabies shots because Levy got a little too intimate with a raccoon?

Here is a list of people I have not added, because I had the forethought:

—That spoiled kid who lived down the road and threw rocks at me because I accidentally kicked a pebble onto his newly-paved driveway during a game of basketball.

—Anyone who has a website that uses a “z” to pluralize itself.

—Anyone whose beard is too carefully managed.

—Anyone whose profile picture involves a fake beard of some kind. Just grow up and grow it out, poser.

—Anyone who believes that posting a picture of their favorite celebrity nipple as their profile image for one hour will save pandas, or other such blasphemy.

So, maybe you’re one of those people who is genuinely surprised that you have a Facebook page, or are completely overwhelmed by the sheer power you now have at your fingertips, like a mighty pendulum poised to rend atoms in twain with your unstoppable downward stroke. Like a syrup stain on the kitchen counter, you’ve attracted everything that passed within your sticky influence, for good or bad. Crumbs, dog hair, fingernail clippings, old teachers, regrettable ex-girlfriends, distant alcoholic cousins, etc.

There are, much to the surprise of many, a plethora of settings which enable you to hide, block, filter and otherwise completely control the flow of information which enters and exits your own private bit of Facebook real estate. The locks and channels are present. Here’s a list of simple criteria to assist you when cutting away those excess friends. If this applies to anyone you know via Facebook, make the cut. Unless you’re some kind of Demigod of Bon Mots or Ambassador of Unstoppably Adorable Kitten Pictures, it’s pretty unlikely that you’ll be missed.

Please “unfriend” any person or persons guilty of the following offenses:

—Any status update that uses the word “vaca,” unless they’re Spanish and actually discussing something bovine.

—Excessive pictures of pets, whether ironic or not. (See also: profiles dedicated exclusively to your friends’ pets and their imaginary personalities). This also applies to anyone who hosts a single image of a pet ferret. You can’t take those people anywhere anyhow.

—Anyone who makes a point of enjoying the snow. Pick up a shovel and educate yourself.

—Pluralizing things with apostrophes and not understanding the difference between “you’re” and “your.”

—Uses the phrase “rape culture” or “womyn” more than once per day.

—And do people really still post links to Salad Fingers? That noise wasn’t funny when it was new.

—“Artists” who have not evolved in any way since junior high. It was understandable back then, but you’ve surely seen real boobs by now. Dig deep and draw them right. My apologies if the wonders of the female bosom remain a mystery to you.

Steven Levy, you social gadfly, your plight has not gone unheard, but I will not take the medication for your personal affliction. I’m not going to wash your car, I’m not going to scratch your itch, and you don’t deserve a team of organization professionals to come and clean out your hoarded layers of social detritus. Pick up a shovel and start digging. You’ll be better for it.