Ammo and provisions: too much, too little and in all the wrong places. 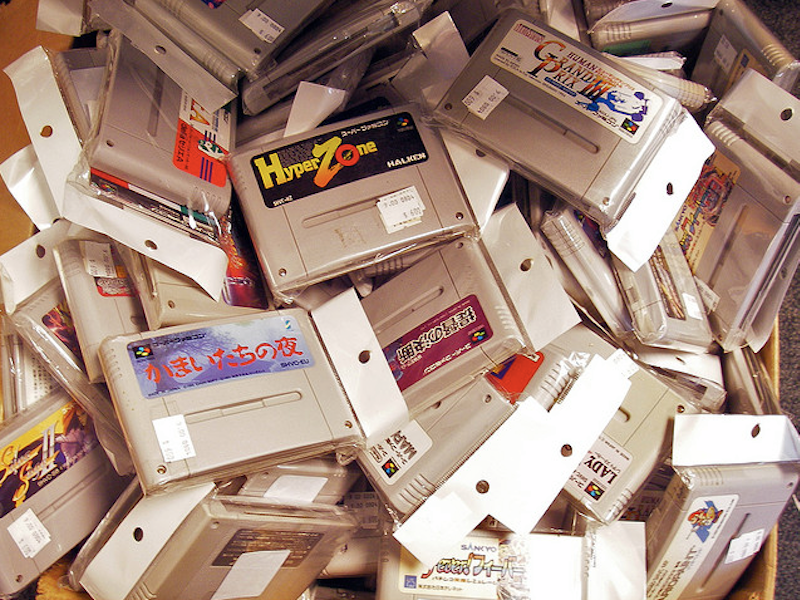 In my gaming adventures I’ve encountered some really bizarre scenarios in first-person shooters. I’m referring to ammunition and why I come across it in some of the most illogical of circumstances. Like why the good guys have ammo for a weapon that, by all rights, should be reserved for the bad guys, or why ammo for an obscure weapon happens to be right in the alley I’m running through. Don’t get me wrong. I really enjoy having the extra ammo but I’d appreciate it more if I found it somewhere that made sense, and not a public toilet.

But it isn’t just ammo or just FPS that has this problem and the problem new either. I can understand the scrolling shooter (SHMUP) genre having this issue, but at least SHMUPs have an excuse. They seldom work within the confines of normal logic anyway. But it seems ridiculous that when I kick a trashcan I find chicken, or when I slay a giant magical tree and there is an item drop with no explanation as to why or how it got there. The currency drop in the spoils post battle falls into that category too. It’s not like Cloud was getting paid to kill indigenous wildlife...he was supposed to be saving the planet. And if I come across another dead NPC with tons of ammo and health packs, and yet dead, with no sign of a baddie equal to or greater than the threat level needed to dispatch him, I’m just going to ignore it and move past without picking anything up.

Did the level designer have no clue about putting ammo where it made no sense? Wouldn’t the NPC baddies have thought to check the area or even fetch the weapon or ammo from the person they dispatched? I’m having a hard time believing that the NPC enemies are really so foolish as to leave items that are useful to any revolutionary/hero/good-guy laying around for them to make use of.

It’s good to find in FPS games, that when I drop an enemy, I get to pick up ammo and/or a weapon, but it only makes sense if it is a weapon the freshly deceased was using. Beasties shouldn’t have any ammo or weapons unless I had to carve it from their stomachs. Why else would I get a couple blasters and a gas mine from the stomach of a Rancor?

I’ve only seen a few games take the approach of letting me choose how abundant ammo and items are, while a few will tie it directly into the difficulty setting. However I don’t like the idea that a developer thought item abundance inversely related to a games difficulty. It isn’t a matter of lowering the amount of available ammo and calling it good. Taking the rupees and items from the pots and grass cuttings doesn’t make a top down Zelda title more difficult. It only makes grinding more annoying and time consuming. Either fix the abundance issue or make me appreciate the fact that the ammo is there.

Perhaps I’m being ungrateful and inconsiderate. Perhaps I don’t realize just how hard it is to put ammo somewhere that makes sense in games that try to show off their engines and mechanics and justify development. Or maybe I’m the only one that has had this complaint. That just leaves the matter of which hand will fill up first.