Now is the time to reckon with the institutionalized censorship of social media. 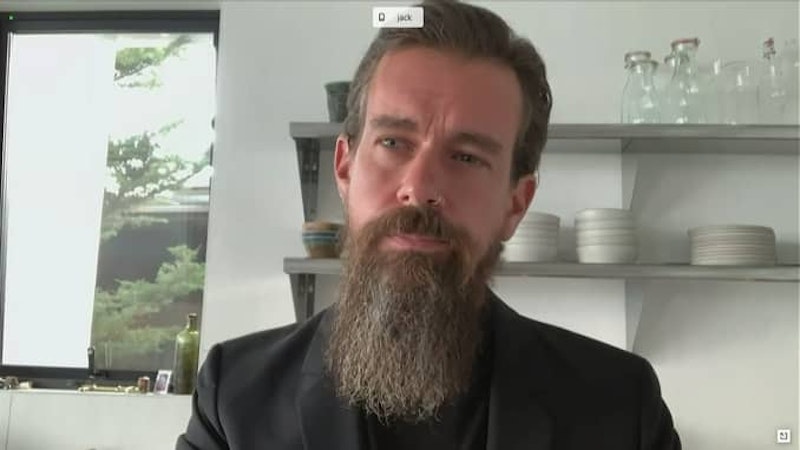 The overreach of the social media machine has happened for years now. Some just haven’t paid too much attention. Recently, however, converging events surrounding the election, and social media’s continuous censorship of dissenting voices, has given reason to pause and consider the consequences.

An analysis of these consequences generally involves Twitter’s or Facebook’s censorship and meddling in matters that shouldn’t be in the purview of a social media’s platform. Conservatives are mostly silenced, or any others who are not falling in line with the wannabe-Marxist-Leninist set. But why expect to be free on a platform such as Twitter or Facebook if it’s not an authentic public square to begin with? Naturally, this is one of the major issues within the structure of social media. But it isn’t only that, which deserves our pause. It is the use of the social media itself.

Jaron Lanier thinks that we’re all a bunch of lab rats who perform for the masters of social media. His book, Ten Arguments for Deleting Your Social Media Accounts Right Now (2018), is a superb analysis of what’s wrong with platforms such as Facebook, Twitter, Instagram, and why we shouldn’t be cogs in the mechanism that’s designed to work against us to begin with. Maybe we’re not exactly lab rats but there’s certainly a feeling that the users of social media have been duped. Anyone who uses Facebook is not a consumer or a customer but the product. Isn’t this a classic commodification of a human being, and shouldn’t this bother us, even a little bit? Consider these words by Sean Parker, the first president of Facebook, quoted in Lanier’s book:

“We need to sort of give you a little dopamine hit every once in a while, because someone liked or commented on a photo or a post or whatever… It’s a social-validation feedback loop… exactly the kind of thing that a hacker like myself would come up with, because you’re exploiting a vulnerability in human psychology… The inventors, creators, it’s me, Mark [Zuckerberg], Kevin Systrom on Instagram, it’s all of these people—understood this consciously. And we did it anyway…”

Even if you’re not addicted to social media but are still using it, there’s a sense that it’s you who’s being used. This inter-connectedness which was sold as something wonderful is really just a tether to the screen that leads only into what Lanier calls “global amplification of ‘easy’ emotions, which happen to be the negative ones.” The social machine works only on the principle of searching for something we haven’t found. We scroll down the feeds, perhaps not knowing what exactly are we looking to see. The mind is tricked into thinking that it has found something worthwhile but as Lanier writes, “there’s nothing but bottomless randomness.”

This “randomness” is amplified through repetition, whether the news or people’s complaints. There’s a randomness in the sense that there’s no actual knowledge or wisdom in this set-up, yet it’s perfectly predictable in its algorithmic structure. This algorithm, however, survives only if there are users. The repetition that’s computer-generated becomes a way for people to relate to each other. Whether we know it or not, we become ciphers to one another. We remove the humanity out of the human and as a result, the embodied human relationships which still exist become tweaked slightly but enough to make an impact on the perennial human matters and face to face relations.

Productive encounters are possible even on Twitter. But for the most part, the structural form of most of these platforms breeds anger. The more frustration, the more clicks. The more clicks, the more monetization but only for the overseers. As the overseers are getting wealthier, the users of social media are experiencing imperceptible changes in behavior. The users are merely numbers, and as Lanier suggests, “To become a number is to be implicitly subservient to a system. A number is a public verification of reduced freedom, status, and personhood.” Suddenly, the reality becomes known only through the use of the screen and any hope for the recognition of human embodiment and dignity is ruined.

Recently, I began to wonder about all the statuses and links I posted on Facebook. I’ve been on Facebook for 11 years and took the plunge to look at every single post I made during that time. It was a fascinating psychological and existential experiment. I was able to map out certain emotions based on frustrations and elations I shared on the platform. But what was most fascinating was that, even as I started to use Facebook, I found the whole enterprise odd, and two years into the usage, was already complaining about it.

I couldn’t quite comprehend the form of communication that Facebook was offering. I couldn’t understand why I should comment on someone’s post about their own ambiguous frustration, or why I should “like” something. In other words, it’s not that I disliked it or that I wouldn’t offer a word of hope or encouragement. It was the fact that the way I interacted with others was now determined by an algorithm machine.

One of the concerns is the loss of wisdom and friendship. Wisdom is hard to find, but so is actual knowledge. Between fake news, fake headlines, and fake people, one wonders what is true anymore. But it isn’t only truth that’s in danger. Truth is present but always somewhere in the background, veiled and unseen.

This loss of wisdom relates to Lanier’s point about memes. You might say that memes are harmless fun. Lanier doesn’t deny this, and writes, “Memes started out as a way of expressing solidarity with a philosophy [he] call[s] cybernetic totalism…” But at the heart of any meme, however funny or true, is a sense of transience. Lanier notes that “memes might seem to amplify what you are saying, but that is always an illusion. You might launch an infectious meme about a political figure, and you might be making a great point, but in the larger picture, you are reinforcing the idea that virality is truth. Your point will be undone by whatever other point is more viral. This is by design.”

Given the fact that much of what we find on the Internet via social media or similarly functioning platforms is engaged in some superficial mimetic process, truth will get easily lost. As I looked through my Facebook posts of that 11-year period, I felt sadness at how many times I’d written posts that dealt with ideas that got lost (not by anyone’s purposeful doing) in the midst of mimetic virality. We may not be always aware of it, but there’s an imposition of meaninglessness that the social media creators have unleashed, and as Lanier suggests, the question of free will is implicated in this imposition.

It would appear that the human is trapped in the machine. But it’s merely the simulacrum that has taken hold of the human. This is what’s so both powerful and weak about social media and other useless forms of technology: the Big Tech lords have created an illusion that life and the creation of a community is impossible without Big Tech. We’ve come to rely on these tools, but they’ve outgrown their purpose, or perhaps they never had a purpose to begin with. There are other ways to create communities and build friendships. Life existed before Facebook and it will after Facebook.

As we face modern realities that are constantly changing, we can’t afford to lose sight of what it means to be a human being. Society will always evolve (or devolve, depending on how one views it) thanks to technology. But it’s precisely in the midst of that unbearable speed that we must recognize that we have free will and that a machine shouldn’t determine the way we relate to one another. We must recognize the cruelty of atomization that we’ve experienced, rendered even worse during the pandemic. We must choose to reject the surrealism of propagandistic relationality, shatter the illusion, and see one another, once again, face to face.