CD Projekt Red isn’t a bad game studio, but its reputation is exaggerated. 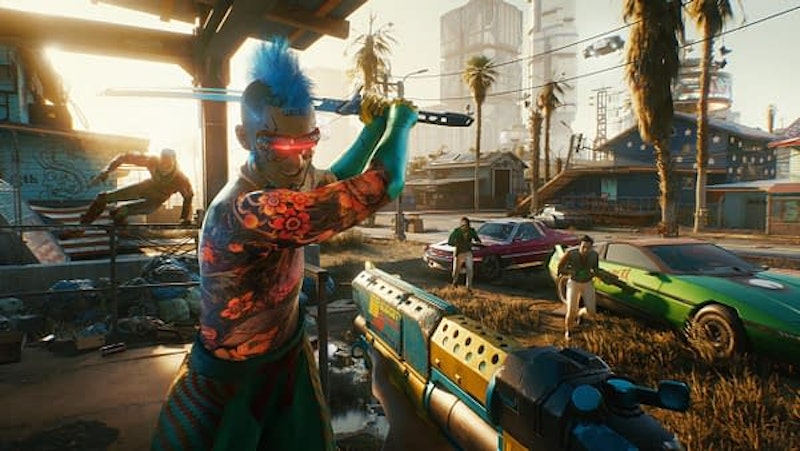 In 1996 CD Projekt had its first major success through localizing a video game version of Ace Ventura: Pet Detective. The Polish software publisher continued to succeed at releasing games made for audiences in Japan and America but tweaking both their language and design to make them more accessible to eastern European audiences.

In 2020, the company faced accusations of misleading both customers and investors surrounding the release of Cyberpunk2077. The company’s currently under investigation by Urząd Ochrony Konkurencji i Konsumentów, Poland’s consumer protection agency, and could face steep fines. The game not only featured countless bugs and glitches, but also  underdelivered on the groundbreaking gameplay that consumers were promised.

Cyberpunk 2077’s release was a whirlwind, and the dust is just now settling a little over a month later. How did a company respected by so many, both as creators and entrepreneurs, lose a lot of that respect with just one game release? It isn’t just one reason.

CD Projekt buckled under its own weight. What was later CD Projekt began as a group of computer gaming enthusiasts illegally importing games into then-communist Poland in the late-1980s. The group later incorporated as CD Projekt in 1994, with $2000, and no office to speak of.

The group found success in localizing American role-playing game Baldur’s Gate for Poland specifically, and cast famous Polish actors to re-do the voiceovers. The game was a hit, but its sequel was planned only on consoles, which weren’t common in Poland at the time. CD Projekt convinced the game’s original developer, BioWare, to let them develop the sequel’s port to PC themselves.

The company opened its own game development branch, CD Projekt Red. In the early-2000s, it acquired the rights to Wiedźmin (The Witcher) novels by Andrzej Sapkowski and develop three games based on the books. All were well-received and put the company in the top tier of developers to watch. They then developed two spin-off games set in the same universe. During this time, the company also launched an online store for videogames called Good old Games (GoG).

CD Projekt grew rapidly from 2000-2010, but it’s easy to forget they made just one very successful series of games, and that’s all the software they’ve released. Even so, they surpassed Ubisoft as the most valuable game company in Europe in early-2020. The company’s story is endearing, and its appreciation of older games is admirable, but grew much too quickly to handle all of their projects.

The constraints and benefits of adaptation should be considered. The Witcher series deserves its accolades, but it’s easy to forget that CD Projekt Red bought the rights to this series of books, and thus its world. When players fall in love with the lore and atmosphere in these games, it’s worth asking how much of that love is directed at CD Projekt Red, and how much towards Andrzej Sapkowski.

As CD Projekt began to wrap up The Witcher trilogy, they announced their next project was Cyberpunk 2077, a role-playing game based on a tabletop game first released in 1988. After Cyberpunk was released, there was praise for its story-rich open world, while criticism was directed at the game’s unoriginal gameplay and technical issues. It’s again worth asking if this praise is really for CD Projekt Red or for the tabletop game’s creator, Mike Pondsmith.

The situation software companies are put in to meet hardware needs can’t be ignored. When CD Projekt Red announced Cyberpunk, the plan for the game was a release on the PlayStation 4 and Xbox One consoles, with a massive update to the game when released on PlayStation 5 and the Xbox One X about a year later. CD Projekt made a mistake in accepting pre-orders for these consoles. As the game was repeatedly delayed, it became clear it’d launch on both the newer generation and older generation of consoles, with newer versions coming after only a slight delay. It would’ve been more viable for the game to release only on newer platforms, but the mass of pre-orders on the older consoles made this impossible for CD Projekt. The pressure was exacerbated by its proximity to the holidays. Releasing a game in early-December is a guaranteed money-maker and releasing afterwards is a notable missed opportunity.

Finally, the pandemic must be considered. While on paper jobs that rely heavily on computers can be done from home, countless delays in the industry show that this isn’t the case. As Cyberpunk’s November release date (after its second delay, before its third and final delay) grew closer, CD Projekt was vague on how the pandemic affected development. It’s hard to believe that without a pandemic, the same game would’ve been released.

CD Projekt Red isn’t a bad game studio, but its reputation is exaggerated. The company’s rapid growth led to an extreme amount of public adoration and investors. They insist on developing games from already existing media. They were also put in an unfair position to meet deadlines set by new hardware, likely made even harder by the pandemic. Put these problems together, and you get Cyberpunk 2077’s release and a very bad month for CD Projekt.

CD Projekt seems well-intentioned, in developing immersive games with lots of detail. While they’re right to promise to attempt to fix the game, at some point I hope they take the loss and move on.