If the future is in 3D with VR headsets, we should talk about it now. 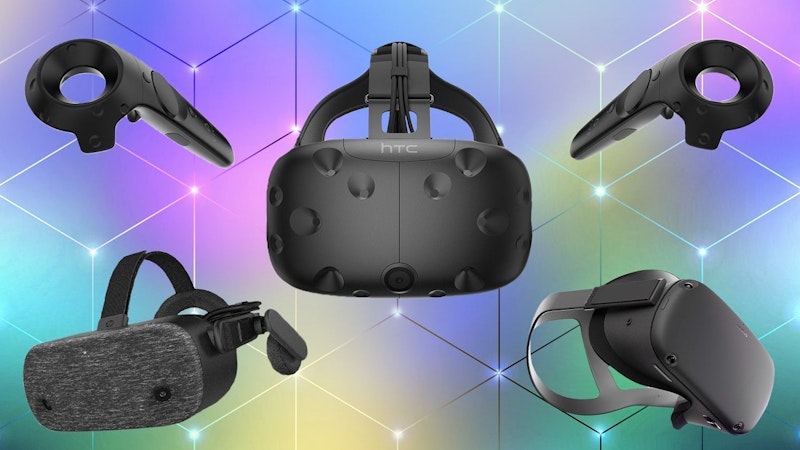 In early-2020, people navigated through their small piece of the physical universe. Then, the pandemic furiously shoved everyone online. More than a year later a lot has changed, and we’re now widely discussing the metaverse (and even metaverses). While living online may not have been planned or desired, the change revealed some benefits of an evolved online presence. People maintained and forged new relationships, utilizing digital ways of connecting, through Zoom, Clubhouse, and other social media. Some industries clearly suffered more than others, such as restaurants. But as we stared at each other through screens, one industry was hurled into its next phase of development: digital fashion.

Having originated from video games (as gamers alter the appearance of their characters), one may wonder what’s the point of digital fashion beyond video games. Digital fashion can’t perform the basic functions that clothing is supposed to perform, protecting us from the physical elements. While I’ve my own skepticism about digital fashion, I'll focus on two potential benefits: equity and sustainability.

Digital fashion has the potential to be more equitable for the individual in creating and wearing digital fashion. A designer that has their own line in real life gets their name on everything, and receives most of the profits. But fashion is far more collaborative, as others contribute to design, make, distribute, and market the garments. By using blockchain technology, digital fashion can build equity into the chain, ensuring that each person gets paid. Once someone’s identity is part of the chain, they can’t be left out of present and future sales of that digital garment. It also enables more people to participate. As a newer industry that can be utilized online, more people from around the globe can get involved, whereas in IRL fashion, it’s difficult to be successful if you’re not in New York, Paris, or London.

On the consumer side, digital fashion could level the opportunities for people to present themselves in a particular way, considering sizes and cost. Clothing sizes are imperfect. If someone wants an image of themselves to look a certain way, they could turn to digital fashion, which can fit any garment precisely to that person’s digital body. A possible side-benefit is the affordability of some digital garments could become cheaper. Recent examples may suggest that digital fashion is for the elite, as The Fabricant recently sold a digital dress called “Iridescence” for $9500. New technology is always more expensive at first, but the technology and training are becoming more widely available. How does this help someone who doesn’t have a lot of money, even if it’s affordable? Someone might decide to pay for a headshot for a professional look on a business website; now, people could pay for a digital garment for similar purposes. This doesn’t solve IRL clothing problems, but people can present their preferred version of themselves in digital arenas.

Digital fashion also has a clear impact on sustainability. It’s well-established that the fashion industry contributes an excess of pollution. For instance, dyeing textiles is said to be the second largest contributor of water pollution. When customers send back clothing purchased online, those returned items are commonly discarded, rather than re-sold or recycled. There are at least two significant ways that digital fashion could make a difference for sustainability: photos for social media and made-to-order options.

First, social media culture, particularly Instagram, has driven people to buy garments to wear for one photo only. These garments often become waste. The purchaser may send the garment back to the company, who frequently doesn’t re-sell it. Digital fashion provides a solution to this issue. If people want an outfit for only one photo, designers can add that garment in after the photo is taken. This could prove not only better for the environment by cutting out the waste, but also make for a better photo as the designers can fit the garment exactly onto the person and into the specific context.

Second, people have become more comfortable and adept at ordering clothing and shoes online. Sometimes, despite your best consideration, the garment might not fit as expected or might not be what you hoped. You might return it or try to make it work, but the result in this scenario will likely be waste. What if you could fit the clothes to your body digitally before they’re made? This isn’t too far off into the future. We can scan objects, then print a 3D copy. It’s just a matter of time before your body could be scanned, clothing accurately fitted to it, and then produced physically. This would cut down on many regretted purchases, but it also helps companies make only those garments that they actually sell, significantly lessening excess stock.

I’m not sure what to think about all the avenues for digital fashion. But I believe it’s better to talk about new technology before it overtakes our lives. If it goes as predicted, then the future of the Internet is 3D with people using VR headsets to navigate that new world. If we discuss it more now, we could contribute to its development, helping to shape it into something useful, equitable, and sustainable.