Is Don Lemon A Robot?

The CNN anchor is hiding something, that's for sure. 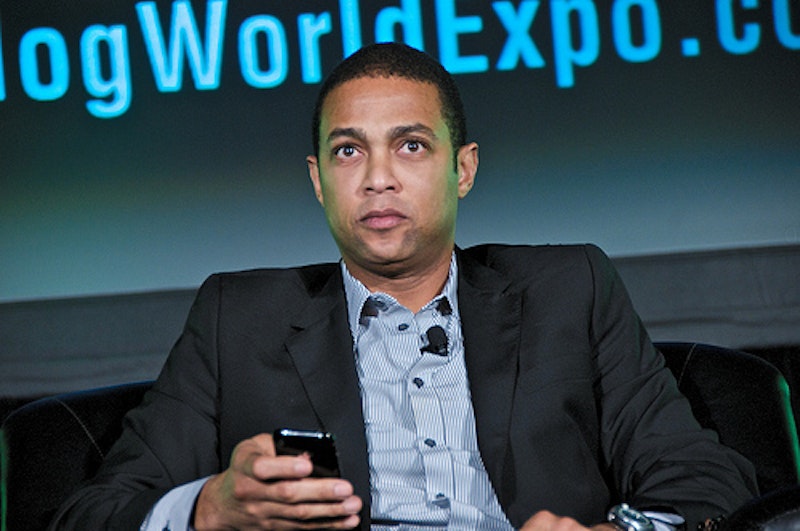 Watching too much CNN can make you feel insane, especially on a slow news day. They've got to fill 24 hours of programming time, so naturally most of it is bullshit. The abandoned-piano-on-a-sandbar story really gave Wolf Blitzer a lot of mileage. But during the daytime hours of the weekend, one reporter seems to slip by everyone's consciousness but mine: Don Lemon, who I’m convinced is some kind of robot/news cyborg.

Lemon reads the news from his prompter with the staccato cadence of a broken DVD player. He trips over words, misplaces emphasis, and often makes bizarre mistakes that betray his frayed circuitry. Lemon's antiquated CPU must've skipped a beat when he referred to A Clockwork Orange as the movie "where the computer takes over the world." He got a lot of attention recently for talking about his childhood abuse. Smells like a red herring to me. And perhaps most damning of all, Lemon seems to come from some kind of CNN laboratory for Generic Black Anchors, alongside the near-identical TJ Holmes. Holmes may have a bit more personality—the difference between Vista and Windows 7, perhaps. Although Lemon could very well be analog-powered. Are you offended? See here, where a CNN reporter confuses which GBA she's talking to:

Look, you can't blame CNN. We're still in a recession, and flesh and blood anchors cost too much and don't always want to talk about William and Kate's upcoming wedding. The death of Walter Cronkite and the banishment of Dan Rather have only further made the case for anchor automatons, and today, without an intravenous Twitter feed, you're just not going to make it to primetime. Take a guess at how old Lemonbot is supposed to be. 30? 35? Yeah, he's 45. Dude is the new Dick Clark.

Only time will tell when Lemonbot will malfunction for the last time—one can hope his self-destruct sequence will be as entertaining as Kyra Phillips':