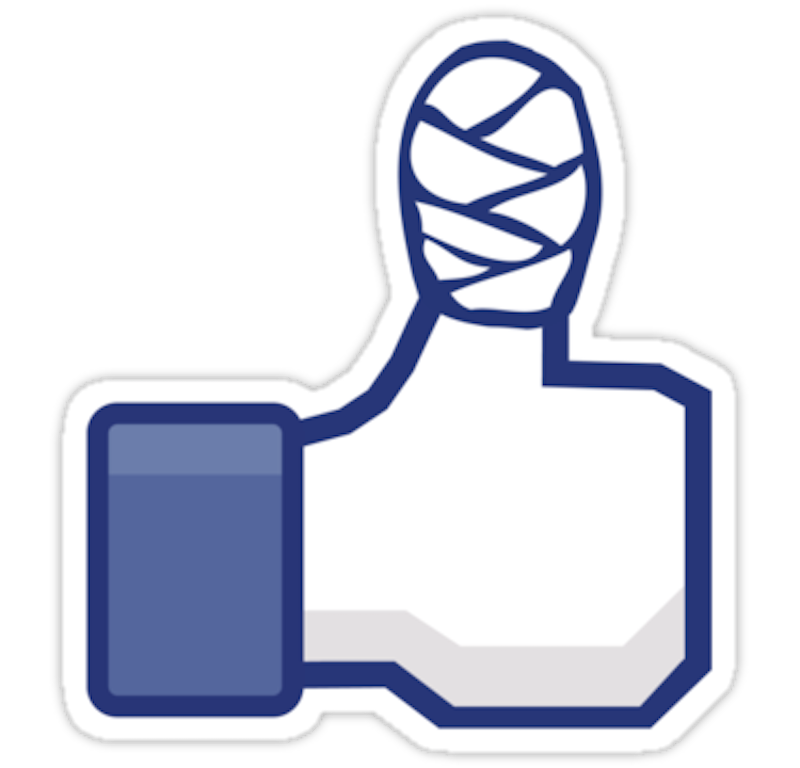 Facebook apparently didn’t have enough coffee this morning, and billions of people are unable to report how well they slept, what was for breakfast, or which workout they’d selected. Predictably, social media enthusiasts flocked to Twitter to fill the gap. Even early on a Monday morning, Twitter users were able to find the humor in a Facebook shutdown. The hashtag #facebookdown was quickly born, and funny posts flew.

Here are some of the best:

@dbates2 I guess ugly girls will have to compliment each other through texting in the meantime. #facebookdown

@SpencerGraves This is because you didn't copy and paste all those status updates from your mom that warned us. #facebookdown

@TechnicallyRon If you are suffering from facebook withdrawal, go outside and just show strangers pictures of your kids. They won't care either.

@macleanbrendan Just imagine having a birthday on the day that Facebook comments and statuses are down. You might as well have never been born.

@mhartinn RIP Facebook, too many of our parents joined.

@thewritertype When Facebook is down millions babies all over the world fall silent and stare at their parents. Their eyes search for a camera. Waiting.

@LanceUlanoff If I can't update my Facebook status, do I still exist?

@PerkatPlay Facebook status updates down? If you want to see my breakfast, message me your phone # and I'll text you the photo

@inthefade Facebook is down and I need to talk to my sister. Anyone know how to make a phone call with an iPhone?

@Sean_Breslin  BREAKING: The hearts of that one couple you know who isn't able to upload their 150-photo album of engagement pics to Facebook right now

@DrewontheRadio No Facebook this AM, so here you go: photo of food I ate, generic "I hate Mondays" status, snarky passive/aggressive cryptic post, cat photo

@TravisKoshko Since Facebook is down, I'm just going to assume that everyone ran 30 miles this morning. Deal?

@carlmaxim  If you are struggling to update your status on Facebook you may find it's because nothing of any interest has happened in your life.

@scaryduck Facebook's down. How the hell am I going to feed my inspirational fridge magnet addiction now?

@hoodedu So is facebook not working for everyone, or am I just lucky?

@pourmecoffee  Facebook experiencing problems. Quick, everyone unfriend annoying people you can blame it on this if caught.

@AndreaMann  There's going to be a baby boom nine months from now, isn't there? #Facebook

@rowenaboggle Facebook is down and already my life seems more interesting.

@RobontheRun #Facebook down?!! How will the girl who didn't talk to me in high school flood my news feed with pics of her 4th daughter's beauty pageant?!

@jamiesont  Facebook down. That means someone at Google+ is frantically dusting away the cobwebs, hiding the dead plants & spraying febreeze.

@Pundamentalism With Facebook down, does anyone know where I can find out my Primary School classmates' latest Candy Crush scores?

@JOEdotie Ok, very funny Zuckerberg. You can plug it back in now. #Facebook