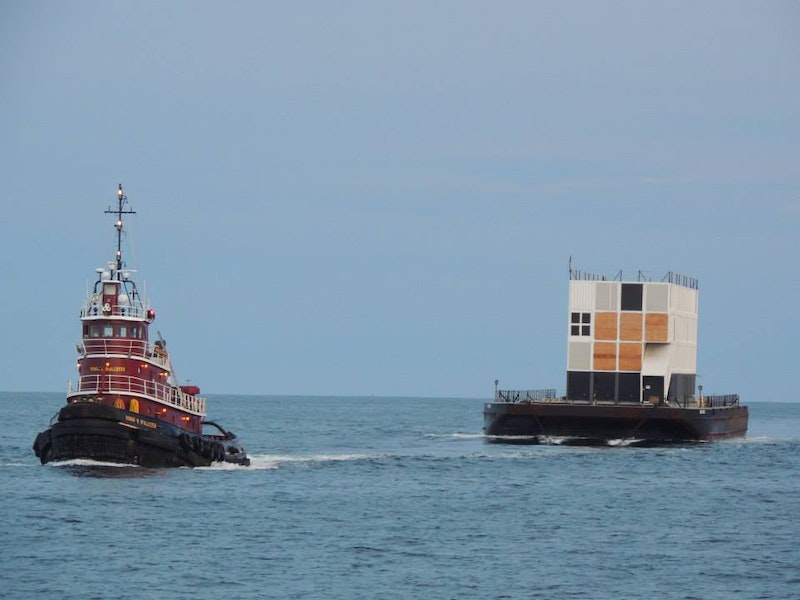 In what was surely a first, a driver in California was ticketed Tuesday night for driving while wearing Google Glass, a violation of California Vehicle Code 27602—or so the officer decided—which prohibits any kind of TV or video screen in the front of the car. Distracted driving, basically; though the driver, Cecilia Abadie, has told reporters that the device was not turned on, and certainly—at least until the law clarifies things—there's a pretty high burden of proof on the officer here. Likely the ticket will be thrown out, but state legislators in three states—West Virginia, Delaware and New Jersey—have already introduced bills that would ban wearing Google Glass while driving, and I'm sure more will follow.

Now, if Google finishes up its self-driving car, the whole issue could be moot. Google's Chris Urmson recently said that their prototype is actually safer than human drivers—though considering the U.S. averages about 11 million car accidents a year that's a pretty low bar. "We're spending less time in near-collision states. Our car is driving more smoothly and more safely than our trained professional drivers." Urmson also said the car's on-board computers are able to digitally recreate what happened before, during and after an accident. "We don't have to rely on eyewitnesses that can't be trusted... we actually have the data. The guy around us wasn't paying enough attention. The data will set you free." That's fairly impressive, and you have to wonder why new cars don't already have that technology. But safer or not, I'm sure even Urmson would admit that no self-driving car will ever be perfect, and before they're widely available there are huge liability concerns. Who do you sue in a self-driving car accident? Is Google really ready to assume that kind of risk?

Back in May, Kenneth Anderson wrote a lengthy post for The Volokh Conspiracy addressing such concerns:

As writers such as Megan McArdle have correctly noted, the practical outcome in the existing tort system will likely be “functional” strict liability for the machine’s manufacturer or programmer or both in case of accidents. This was noted as well at the We Robot 2013 conference. The resulting liability awards might be sufficient to deter the technology—even if overall the effect of many people using self-driving cars resulted in much safer roads. This worries Google; one engineer remarked at the We Robots that Detroit car companies might have introduced various parts of these self-driving technologies, but thought about the liability issues and thought again.

Meanwhile, I'm sure there're two dozen Google lawyers and engineers hashing it all out on board their new Google X research/party barge. As CNET reports, two barges—one docked in San Francisco, the other in Portland, Maine—stacked high with modified shipping containers, and currently lined with scaffolding and dark netting, are actually still-in-construction VIP showrooms for Google X, the company's clandestine research division. When finished, the barges will have three floors of showrooms that can be assembled and disassembled at will, allowing them to be transported via highway and rail, as well as a "party deck" for entertaining wealthy benefactors.

This is all somewhat less exciting than earlier speculation: say, that Google was building some kind of futuristic Noah's Ark, or maybe working with James Spader on deciphering the final symbol on the Star Gate.