Kids Are Dying From Cyberbullying 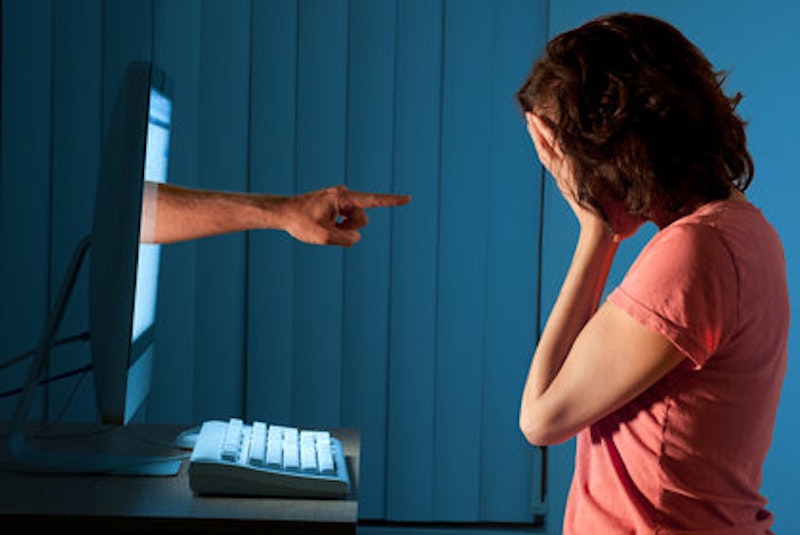 Teens are smart enough to be “friends” with their parents on Facebook and then block them from certain posts, or simply run separate accounts that their parents can’t see. CNN reported recently, “Interviews with a handful of teens and adults suggest that some teens seek out corners of social media where they can communicate with their friends and peers away from the watchful eye, or embarrassing comments, of their parents.”

I’ve always thought it’s better to allow my kids to participate in social media at their own pace than to worry about them doing it behind my back. My nine-year old wanted an Instagram account and I let her have one that I could obviously follow—if a stranger “followed” her, one of my teenagers noticed it and had her block them, so it’s nice to have an extra layer of sibling protection. I know parents struggle with how to handle social media with tweens and teens, but kids who get cyberbullied until they commit suicide should not be something that’s happening repeatedly in our society.

Though normally complacent with regard to my tweens/teens’ use of social media, the reports of cyberbullying on ask.fm are enough for me to not allow my kids to use the site. I’m not surprised there was an advertising boycott in light of reports about teen suicides being directly linked to using social media outlet. TechCrunch’s Sarah Perez called it the “Myspace problem,” a reference to the former popularity of that social media network which saw its traffic decline:

“We need to address this situation, but not with the goal of blaming the Internet or social media or individual outlets, or sometimes even the bullies who can often just be children, too, making mistakes of their own. We need to think about: whether sites that ignore these problems can be sustainable businesses; whether there are ways to do things differently; and whether we could do more to help children left to wander throughout the web—and all its good and bad parts—quite so alone.”

Kids are going to socialize online somewhere. Can we blame ask.fm for not monitoring cyberbullying? While we can ask them to do more, I don’t know if we can blame them for the deaths any more than we can blame the parents of the teens who’ve died for not knowing about the hateful behavior their kids were facing. If it’s the “cool place online” to hang out, that’s where teens will be with or even sometimes without parental permission, so we can’t expect ask.fm to intervene with anonymous comments any more than we could expect it of Facebook or any other website. The sheer volume alone would be prohibitive; it’s understandable that it is a complaint-driven system, though social media has a responsibility to monitor as much bad behavior as they can.

Patti Agatston, Ph.D. and co-author of Cyber Bullying: Bullying in the Digital Age told TechCrunch: “Sites that offer the opportunity for anonymous queries should not be anonymous by default, but rather should allow questions and comments with identities shown by default. A user would have to actively change their default preferences if he or she wishes to allow anonymous questioning. This would offer some protection for vulnerable youth since such sites typically allow users as young as 13.”

With social media use, Internet trolls are usually kids who know our children in real life. What this means for us as parents is that we need to make ourselves available to listen to kids’ concerns about bullies or mean girls. I find with my kids that they communicate concern to me best when not asked. A “How was your day?” may not elicit a response about another kid being mean, but a ride in the car with a child individually can provide an opportunity for them to open up. The best we can hope for is that when faced with a potential cyberbullying situation, our kids will know we’re there for them.