Confessions of a Non-Parasocial Socialist

Podcasts were the budding outlets for fandom. 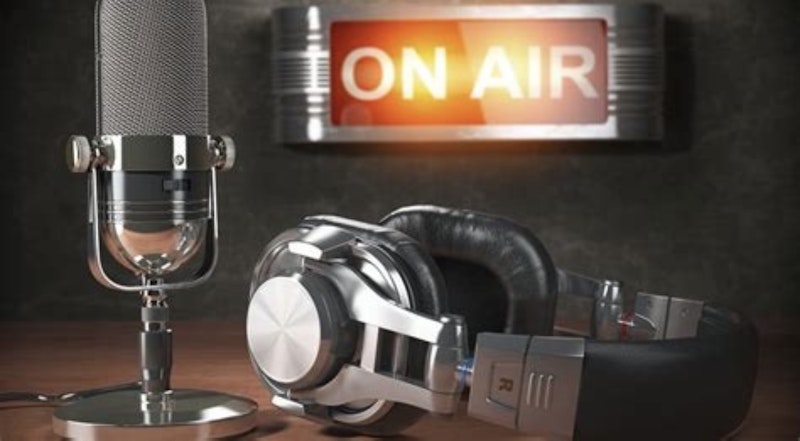 As a pre-teen and teen, I fell asleep to the sounds of syndicated radio. My taste was eclectic. Sundays were a particular highlight, as I’d listen to the latest Picks from Dick on the “Grateful Dead” hour followed by one more hour of Bay Area insanity with Stephen Hill and “Hearts of Space.” While the space travel of both Mickey and Billy combined with what Hill called “space music” led me into the week on a natural high, it was my weeknight listening that had the most influence on my adult life.

Until 2008, everyone thought that the high point of people talking at length for money and notoriety in contemporary American culture was the mid-1990s. Rush Limbaugh was at the height of his power in 1994, perceived as the counterweight to Bill Clinton. Cape Girardeau’s favorite son had a television show, a drivetime show and a best-selling book. However, while my “conservative” family stocked his book and watched his show, his radio reach was only occasional. My mother said that she listened because it was someone talking about politics while she vacuumed, which meant it was smart. Statements like that reached my ears and made the joys of talk radio seem like the smart way to go. We were an AM radio family, so, during my childhood NPR was off the table. While mom had the afternoon all tied up, the only time I could listen was between the hours of nine and midnight. The nighttime shows were a different beast. Tom Leykis, Jim Bohannon, Art Bell’s “Coast to Coast AM.” Many of these hosts considered themselves moderate or skeptics and unbeknownst to me that type of way of processing politics started to affect my thought process.

It was the iPod revolution that changed the component of talk, however. While a small group might mourn the death of Air America and the like, I only knew those programs second-hand through their podcast forms. I listened to everything. The late days of Rachel Maddow on the radio, Ana Marie Cox having her own show and the stable of products that Slate would put out daily. By the dawn of the Obama administration, the politics of these shows became more intolerable to me. (I was raised an anti-war Catholic. There was something rotten when these hosts did not find Obama’s Nobel Prize a red herring.)

I moved on to the harder stuff. Pacifica, Democracy Now! I entered my early-30s raised on talk radio. Podcasts, even in the early days, were the budding outlets for fandom: theme parks, musical genres, film, all had podcast communities, and that feeling of alienation plaguing late capitalism didn’t feel as horrible if I heard people talk about Georges Melies, The Smiths, or EPCOT Center for two hours. I don’t think the rise of podcasts from niche outgrowth of pop culture consumption has a moral component to it. Instead, the tempest was really the overlap of podcasting with the rise of Twitter.

Twitter is an electronic representation of the relationship between the media class and the consumer. Aside from Black Twitter and Indigenous Twitter, the platform is pretty white but heavier on the media. It should come as no surprise that the villain of the app over the last couple of years has become the blue checkmark as the majority of them are the media class, the same people that produce those three-hour long information dumps that are listened to for edification and entertainment.

Back in the early days of podcasting, the ecosystem was set. There was no podcasting without Twitter and there was no Twitter without podcasting. Twitter builds the brand and it builds the audience.

I listen to my favorite comedy/movie podcast and hear a particularly funny riff. (Everything is a riff as none of these podcasts are supposed to be taken seriously. They’re all comedy mixed with something else.) I go immediately to Twitter and tweet how funny I think that riff is. I wait by my phone, until I get that dopamine hit from that like from a “star.” The problem becomes twofold. First, that “star” is not a friend. Even those hosts of small, more niche shows, aren’t friends because they don’t know my life. They don’t know my favorite pizza spot nor do they know which pew I like to sit in at church. The day-to-day machinations of my life isn’t their concern nor should it be. They’re just “content creators.” It might not be their only job. They might be political operatives, or film critics, or TV writers. Let’s not bullshit each other. I might be a college librarian but I’ve always wanted to be the head writer of SNL. Imagine when a former head writer of SNL indicates that my joke is as funny as theirs was. A new set of meaning enters into my life. I can now abandon Des Moines and the circulation desk for Silver Lake and writing an episode of Brooklyn 9-9 on spec.

I don’t want the above paragraph to be twisted. There’s no reason to confuse what someone does for a living as meaning that they’re a heartless egoist. Among these content creators are “good” people. People who like what they do, who feel energized by creativity. Like making people laugh. However, they like my tweet because it’s good for their brand as much as because it was a g00D tWeEt.

COVID made the social phenomenon that I described more prominent. When I can’t see real people, the people who live in the box become the real people in my life. My advice to anyone on the cusp of the “parasocial” is to come to my faves with ideas. If they are there to dialogue, they will listen. Often, they aren’t and if I can be deemed a contrarian, they’ll jettison me. That’s okay. I remind myself I can still take a walk. I’m only there for the conversation.