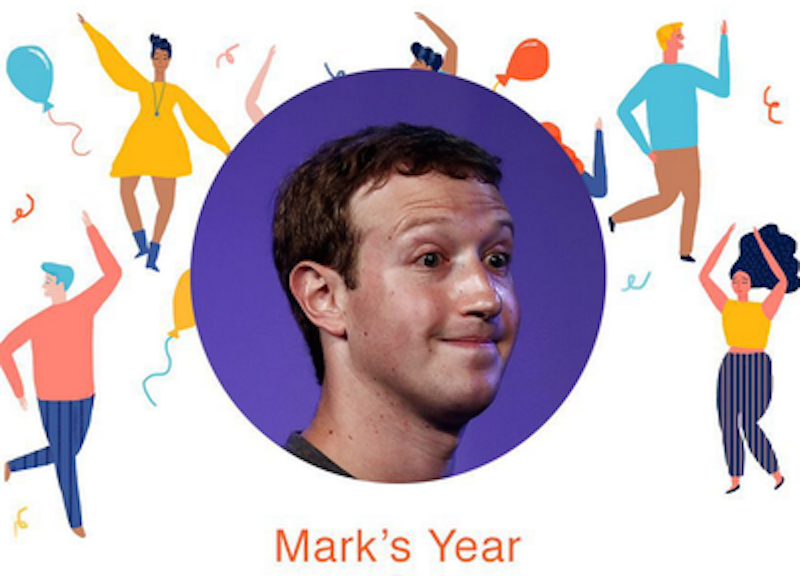 Eric Meyer’s daughter died of brain cancer on her sixth birthday this year. So when Facebook launched its “Year in Review” feature, putting a slideshow of the “most popular” posts from his year at the top of his news feed (repeatedly), he wasn’t happy about it. He wrote a poignant blog post called “Inadvertent Algorithmic Cruelty”:

I know, of course, that this is not a deliberate assault.  This inadvertent algorithmic cruelty is the result of code that works in the overwhelming majority of cases, reminding people of the awesomeness of their years, showing them selfies at a party or whale spouts from sailing boats or the marina outside their vacation house.

But for those of us who lived through the death of loved ones, or spent extended time in the hospital, or were hit by divorce or losing a job or any one of a hundred crises, we might not want another look at this past year.

And I completely sympathize. After a year filled with tragic events including my younger sister’s suicide last month, the first thing I saw in my Facebook “Year in Review” was her face, the words “Here’s what your year looked like!” and a bunch of bad, celebratory birthday-party confetti graphics. My immediate thought was “yeah, Facebook, my year looked like shit, thanks for the cheerful reminder, asshats.”

I’ve been avoiding Facebook since the “Years in Review” started because although I’m happy for friends who had great years filled with travel and social gatherings, I can’t stomach happy slideshows, and I don’t want to see my own sad one randomly hoisted in front of me yet another time.

Eric Meyer was quite gracious in his post, I think, taking into account that the compilations were a result of algorithms calculating post engagement, etc. I call bullshit on Facebook. Shame on the world’s largest social media network. My dad was upset when a wedding photo of my deceased sister popped up with cheerful greetings followed by a photo reminding him of his stroke this year. My colleague Ray wrote a piece yesterday that posed the astute observation: "We're not slideshows, we're people."

This week I watched friends in my feed strategizing how to make the years in review posts stop appearing atop their feeds—one person suggested posting and then immediately deleting it. We shouldn’t have to strategize to minimize our trauma because someone at Facebook didn’t take the time to consider that for many, the “most popular” post of the year contained terrible news. That’s a human thing, not an algorithm thing, and Facebook needs to remember that its bread and butter happens to consist of humans.

Granted, Facebook apologized directly to Meyer. But the company should be apologizing to everyone it upset—with billions of users, who knows how many hundreds of thousands weren't happy by the inconsiderate computer-generated slideshows. At the very least, it would have been easy for the feature to have included an “opt out” or “delete” option in the drop-down arrow menu.

I agree with Eric Meyer that it’s not a “deliberate assault.” But it certainly was an unnecessary, avoidable one. I don’t blame code, I blame humans who make a lot of money on social interaction and who should know better.