An Animal Liberationist in Dodongo's Cavern 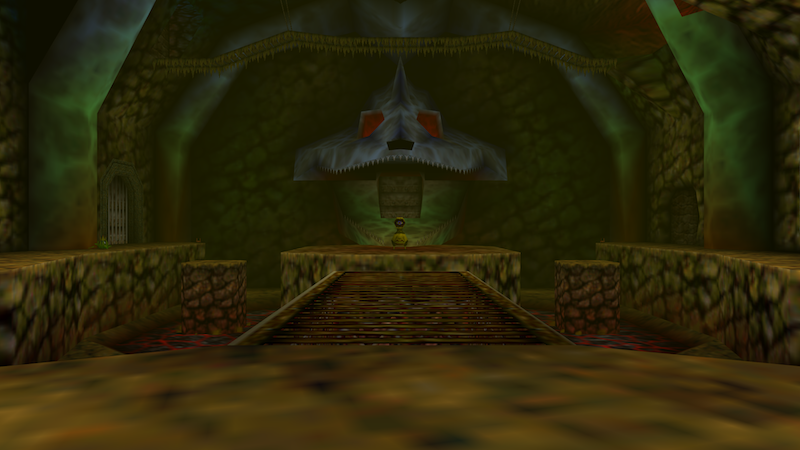 Dodging spider-like Tektites, I began the hike up Death Mountain, as I continued my Vegan Challenge in "The Legend of Zelda: Ocarina of Time." Some ways up, I came upon Goron City—home to a hulking, humanoid species that subsisted on a diet of rocks. Were the Gorons vegan before it was cool? Apparently! In the city, I met Darunia, leader of the Gorons and one of my favorite characters in the game. He said Dodongo's Cavern, the Goron's stone quarry, had been overrun with various enemies, causing a famine amongst his people. Of course, this was Ganondorf's work.

I told Darunia I'd do what I could, and departed for the nearby cavern. Using an explosive bomb-flower, I blasted a large boulder blocking the entrance and went inside. The early challenges in the game are particularly familiar to me, so I raced through the quarry. I was making such quick work of the cavern's enemies and puzzles that I decided to adopt the stricter interpretation of the Vegan Challenge that I'd pondered in the Great Deku Tree.

Going forward, I sought to avoid harming animals or seemingly-sentient creatures, even if they posed a threat. Of course, within the game, some harm was unavoidable and I reserved the right to revert to my original rules if the going got too tough. The change took some getting used to. When I was approached by bat-like keese or the dodongos—who appeared to be miniature, flightless dragons—my habit was to hastily slash them with a sword.

I was mostly able to sprint past my enemies. But occasionally, I'd enter a locked room, which could be only opened after the antagonists inside were dispatched. That's what I was forced to do in a chamber guarded by two lizalfos—bipedal lizards armed with swords. As I made my way through the cavern, I came upon a chest. Inside, I found a bag, capable of storing bombs. But the bag was made of a dodongo's stomach! Unfortunately, there was no way to give up the item. But I realized it just wasn't possible to beat the game without it.

Eventually, I came upon King Dodongo, who, unlike the more familiar variation I'd encountered, was as big as a house. Again, I couldn't advance the game's plot without killing him. So each time he tried to breathe fire on me, I threw a bomb down his throat, giving him a serious case of indigestion. After it was all over, I teleported outside the cavern, where Darunia was waiting for me. Thanking me for my service to his people, he dubbed me his sworn brother!

At the suggestion of the Goron leader, I climbed to the top of Death Mountain. There I acquired a magical upgrade and found Kaepora Gaebora, a large owl who showed up periodically to offer advice. He offered to fly me to the base of the peak. The owl could talk and meaningfully consent to my using him as transportation. But for the sake of simplicity in the Vegan Challenge, I declined—choosing to walk down the mountain instead. Next time, I'll visit Zora's Domain to see if the aquatic race has suffered the wrath of Ganondorf.