Why Noma, "The World's Greatest Restaurant,” Is Closing

There's no future in restaurants that treat their employees like chattel for the satisfaction of "luxetarians." 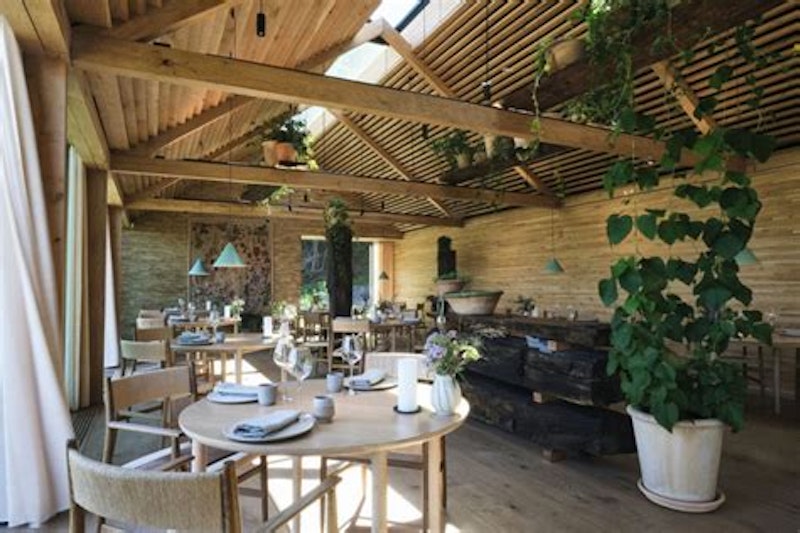 For years, well-heeled foodies from all over the world have planned vacations built around jetting into Denmark for a spectacular meal at Noma, which for the past several years has enjoyed the reputation as the "best restaurant in the world." This designation comes with a price—$500 per person (wine pairing is an extra $250, and juice pairing costs $140) for the seasonal tasting menu—that attracts those used to traveling in style. A meal at the Copenhagen culinary mecca is an option that super-yacht charter companies encourage their prospective clients to include in their boating itineraries.

But soon the jet and yacht set will have to find a new temple of locavore, hyper-seasonal cuisine. Chef/owner René Redzepi has announced Noma will be "no more" next year, when he's pulling the plug on his grand experiment that featured such delicacies as reindeer penis ragout and "ants-covered shrimp."

Redzepi's a pioneer of what came to be known as the "New Nordic Cuisine," a style emphasizing purity, simplicity, and freshness in the use of local, seasonal ingredients. The Danish chef's approach is reminiscent of Jeremiah Tower, the visionary who invented California Cuisine, a 1970s fine-dining movement that replaced the traditional reliance on French dishes with menus based on California's abundance of fresh ingredients. Redzepi's obsession with local ingredients led to his rep as the world's most famous forager. His skill at using his natural surroundings as his personal "farmers market" was essential to achieving the goal of having 90 percent of Noma's ingredients sourced from within a 60-mile radius.

Dining at Noma has always as much about the experience as about the food. Beets cut into shapes of flower petals, breadsticks shaped like tree twigs, and sumac branches used as spoons are part of that experience. But, oddly enough, those delightful lagniappes contain a seed of the darkness that would seep into the behind-the-scenes Noma.

While Noma's customers basked in the serene minimalism of the dining room, the kitchen had a less calming energy. One former unpaid intern, who flew from India to Copenhagen and lived there for three months, told The New York Times that she spent her entire tenure at the restaurant fashioning beetle replicas out of fruit leather, and she was forced to work in silence and forbidden to laugh. An expensive internship at an apex-level restaurant that doesn't yield one useful kitchen skill smacks of human exploitation, especially when it entails emotional abuse.

Unsurprisingly, the chef didn't frame it that way in his statement announcing Noma's closing. "Financially and emotionally, as an employer and as a human being, it just doesn’t work," Redzepi told the Times. Financially and emotionally, how did it work for his employees? In October of last year, Redzepi got shamed into compensating his interns for their 16-hour days, adding $50,000 to his monthly labor costs.

Is it a coincidence that Redzepi announced his place was closing shortly after that added expense? Perhaps the restaurant was only sustainable with $600,000 worth of free labor annually, meaning it was never sustainable to begin with. Finnish chef Kim Mikkola, who worked at Noma for four years, has a clear view of what's been happening at Noma and similar establishments. "Fine dining," he told the NYT, "like diamonds, ballet, and other elite pursuits, often has abuse built into it. Everything luxetarian is built on somebody’s back; somebody has to pay."

But it wasn't just the interns who paid the price at Noma. Redzepi has publicly admitted to bullying his staff, both emotionally and physically. That more horror stories haven't emerged from Noma and similar high-end restaurants can be attributed to the culinary world's version of "omerta"—the mafia code of silence surrounding unseemly matters. Has anyone else watched one of the kitchen TV shows that are so popular and observed that the plebes' constant replies of "Yes, chef" to anything the boss says is cult-like behavior?

It's looking more and more like labor-intensive restaurants like Noma that charge the elite exorbitant prices are a breeding ground for employee abuse. René Redzepi isn't the only culprit. His buddy, restaurant mogul Dave Chang, has somehow rescued his reputation after former employees began blowing the whistle on the Momofuku Ko chef being a raging beast in the kitchen who'd make violent threats against his underlings. Chang, who's become vocally "woke," now talks openly about seeing a psychiatrist to deal with the mental health issues that he claims led to such abuse. For his part, Redzepi claims to have undergone hundreds of hours of counseling to correct his unacceptable behavior. Perhaps he waited too long to fix himself.

Some media reports say that Noma's impending closure is "sending shock waves" through the culinary world, as if Redzepi's business model was ever one that an entire industry could place its faith in the future on. The "unsustainability" writing's been on the wall for a long time. For example, Washington State's highly-acclaimed The Willows, run by the Noma-trained chef Blaine Wetzel, closed last November after a 2021 Times report on rampant wage theft, sexual harassment, and racist bullying at the restaurant. Wage theft is what desperate chefs running unsustainable restaurants turn to so they can keep all the fawning media puff pieces about them.

Just like Kim Mikkola pointed out, The Willows was a luxetarian operation built on the backs of the exploitable. Restaurant industry insiders looking for the future of the business are better off forgetting about Redzepi—who's suddenly looking irrelevant after having gained so much adulation—and watching Mikkola, who's building KitKot, a chain of sustainable, equitably-run fried-chicken sandwich shops.

"We have to completely rethink the industry," said René Redzepi. "This is simply too hard, and we have to work in a different way." The monument to himself the perfectionist chef built turned out to be a house of cards.